Royal Air Maroc plane with 139 passengers on board came within ONE SECOND of careering off the runway at Gatwick at 225mph in near botched take off, report reveals

An airliner was just one second from careering off the end of the runway at Gatwick airport at a speed of 225mph, a report has revealed.

The Royal Air Maroc plane had just 120m of the runway to spare before it became airborne after its pilots either failed to input or accidentally deleted flight data before their take off.

The blunder meant that the plane started accelerating far too slowly when it began its roll down the runway to take off on a flight to Casablanca to Morocco on February 28 this year. 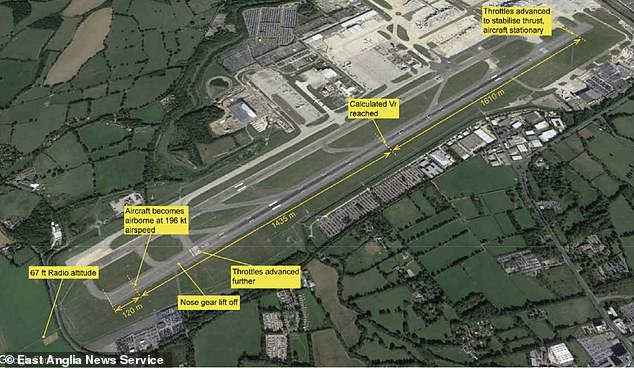 The pilots had calculated that they would be halfway down the 3,200m runway when they reached their rotation speed of 175mph – the point where the aircraft’s nose can rise.

A report by the Air Accidents Investigation Branch said that the commander became concerned when an automatic alert failed to sound to indicate that they had reached a speed where take off could no longer be aborted.

After making checks, he realised that ‘the aircraft was slow’ and allowed the jet to continue accelerating while he ‘evaluated the situation’ as it thundered down the remaining runway with 139 passengers and six crew on board.

As the end of the runway approached, he asked his co-pilot to raise the nose for take off when the plane was rolling at 217mph, enabling it to become fully airborne at 225mph.

The report said that the late take off happened just 120m short of the end of the runway around 13 seconds after the aircraft’s nose should have been raised according to the flight plan.

It found that it was ‘likely’ that the flight crew had had either failed to enter take off speeds into the jet’s Flight Management Computer or had ‘inadvertently deleted them after they had been entered’.

An investigation found that there were no faults on the aircraft and that the flight computer had worked normally on the preceding and subsequent flights.

The report concluded: ‘The incident shows that automatic calls may not always work as the flight crew expect and they should be ready to respond appropriately.’

It added: ‘Many commercial aircraft have systems to automatically announce various parameters. These systems tend to be reliable and pilots might fly thousands of hours during which the calls work as expected.

‘It is therefore likely that pilots will expect the system to work and may take time to react if it does not behave as expected.’ 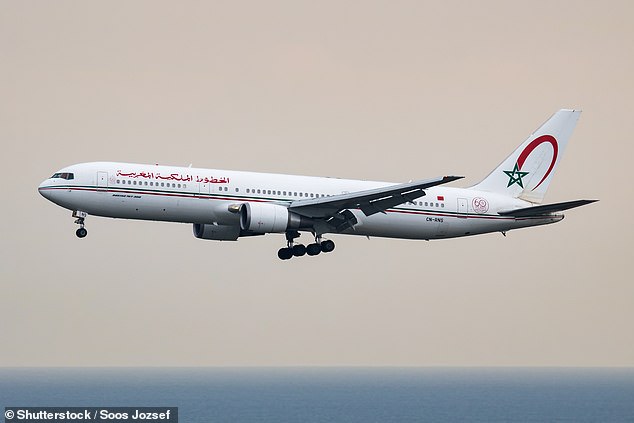 Royal Air Maroc has not responded to a request for comment.

Last month another AAIB report revealed that an easyJet airliner took off with only 110m to spare on a runway at Lisbon airport in Portugal after the pilots inputted incorrect flight data to calculate their speed.

They meant to input that they were starting their take off from 1400m up the two and a half mile long runway at the point of an intersecting taxiway called S1.

But they wrongly inputted that they were beginning from a similarly named taxiway called S4 at the start of the runway.

It meant that their autopilot assumed they had the extra 1400m to take off, meaning it reduced their initial speed to compensate.