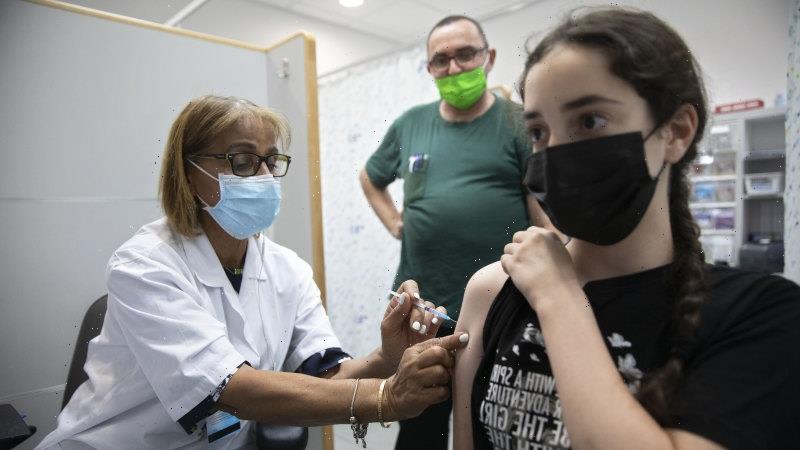 Pfizer’s COVID-19 vaccine appears to be less effective in halting the spread of the Delta strain of the virus, although it is shielding against severe illness, according to data from Israel’s government.

The vaccine protected 64 per cent of people against the illness between June 6 and early July, down from 94 per cent between May 2 and June 5, the Ynet news website reported, citing Health Ministry numbers. The drop in effectiveness coincides with the government lifting virus restrictions at the start of June, just as the new variant was beginning to make inroads. 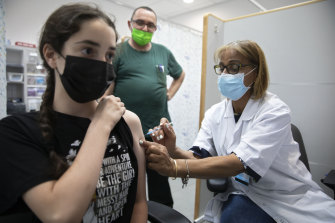 Last Friday, 55 per cent of the newly infected had been vaccinated against COVID-19 in Israel.Credit:AP

Delta, which first emerged in India, is a major source of concern as it spreads rapidly around the globe and governments race to inoculate people. The mutation has already forced a number of countries to delay or rethink plans to loosen curbs on businesses, activity and travel.

The data cited by Ynet also offered some positive news on the shot, showing that it is protecting against severe illness. The effectiveness at preventing hospitalisation dipped only slightly to 93 per cent from 98 per cent in those periods.

Dervila Keane, a spokeswoman at Pfizer, declined to comment on the data from Israel but she pointed to other research that shows continued protection against new mutations – just slightly reduced in some cases. The evidence gathered so far suggests that the vaccine “will continue to protect against these variants,” she said.

Israel had one of the world’s most effective coronavirus inoculation drives and about 57 per cent of the population is now fully vaccinated.

Social restrictions were lifted at the start of June, and many of the new cases are among vaccinated people, according to Ynet.

Last Friday, 55 per cent of the newly infected had been vaccinated, the website said. As of July 4, there were 35 serious cases of coronavirus out of a population of 9.3 million, compared with 21 on June 19.

The government is considering reinstating additional restrictions after restoring a mandate to wear masks indoors in public spaces. Officials are also discussing whether to recommend a third dose of vaccinations, the report said.

Pfizer CEO Albert Bourla has said people will “likely” need a third dose of vaccine within 12 months of getting fully protected.