The 78th-anniversary commemoration of the Japanese bombing of Pearl Harbor will go on as planned Saturday, a spokesperson for the base said Thursday, one day after a sailor shot and killed two civilians and critically wounded a third before fatally shooting himself at the Pearl Harbor Naval Shipyard on Wednesday.

Officials plan to increase security for the ceremony as they normally do but the National Park Service wouldn’t give specifics.

The ceremony, jointly hosted by the National Park Service and the Navy, will honor the 2,390 Americans killed in the Dec. 7, 1941, surprise attack.

“We have not heard of anyone canceling plans to attend the event due to security concerns and want the public to know that it will be a safe, fun and enjoyable day for everyone,” Pearl Harbor National Memorial spokesman Jay Blount said Thursday.

One of the victims was identified as 32-year-old Vincent Kapoi Jr. The other victims have not been identified.

“As our Pearl Harbor veterans continue to arrive in preparation for the Dec. 7th commemoration, we are taking time to reflect on what has happened here in the last 24 hours,” Joint Base Pearl Harbor-Hickam wrote in a statement posted on Twitter. “We will continue to honor the memories of those we have lost both past & present.” 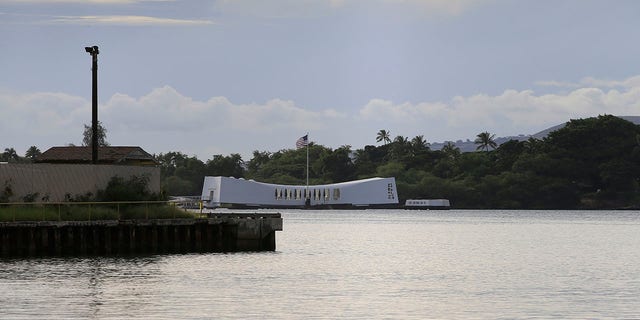 The USS Arizona Memorial can be seen from the Pearl Harbor National Memorial Wednesday, Dec. 4, 2019, in Honolulu. (Associated Press)

The suspect was facing disciplinary action and had been enrolled in anger management classes, but officials say they don’t know his motive, Hawaii News Now reported.

The USS Arizona Memorial at Pearl Harbor reopened in September after undergoing a more than a year-long $2.1 million project to update and "enhance" the visitor experience.

Only 2.5 million Bitcoin left to mine

Jailed crime lord wins compensation after his £1,500 designer trainers were lost when sent to his prison