AN airline passenger filmed the moment a plane wheel caught fire and fell off during takeoff.

The dramatic footage was captured from the cabin of an Air Canada Jazz flight between the Quebec cities of Montreal and Bagotville on Friday. 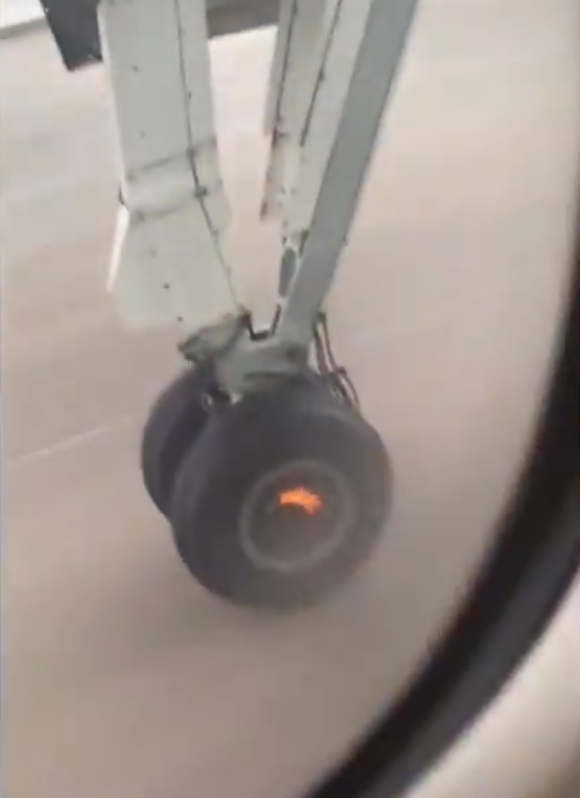 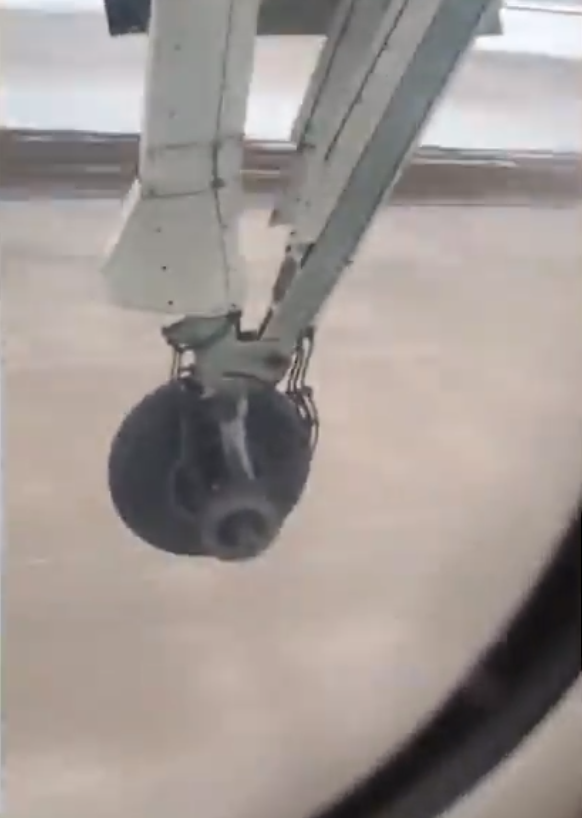 It shows the left-hand wheel as the plane speeds down the runway.

Orange sparks can then be seen in the centre of the wheel as it becomes visibly loose.

The wheel then becomes detached and falls off seconds after the plane has left the tarmac.

A sharp intake of breath can be heard from the passengers on board as the wheel falls away.

The video was posted to twitter by user @caf_tom and captioned in French: "Well, now I'm on a plane that has just lost a wheel … 2020 starts pretty well".

The aircraft was a Dash 8-300 model, which has sets of wheels on its left, right, and front.

There were 49 passengers and three crew members on board the plane, which had to circle its origin airport burning fuel for two hours before attempting a landing.

Emergency services were waiting for the plane as it returned, but pilots were able to land safely and no one on board suffered any injuries.

The same twitter later tweeted a picture from the ground showing the outside of the plane and captioned: "Update: we're alive".

The one-hour flight went ahead on a different aircraft shortly afterwards.

Jazz Air is a regional subsidiary of Air Canada, the flag carrier and largest airline in Canada.

Both Jazz Air and Air Canada have been contacted for comment. 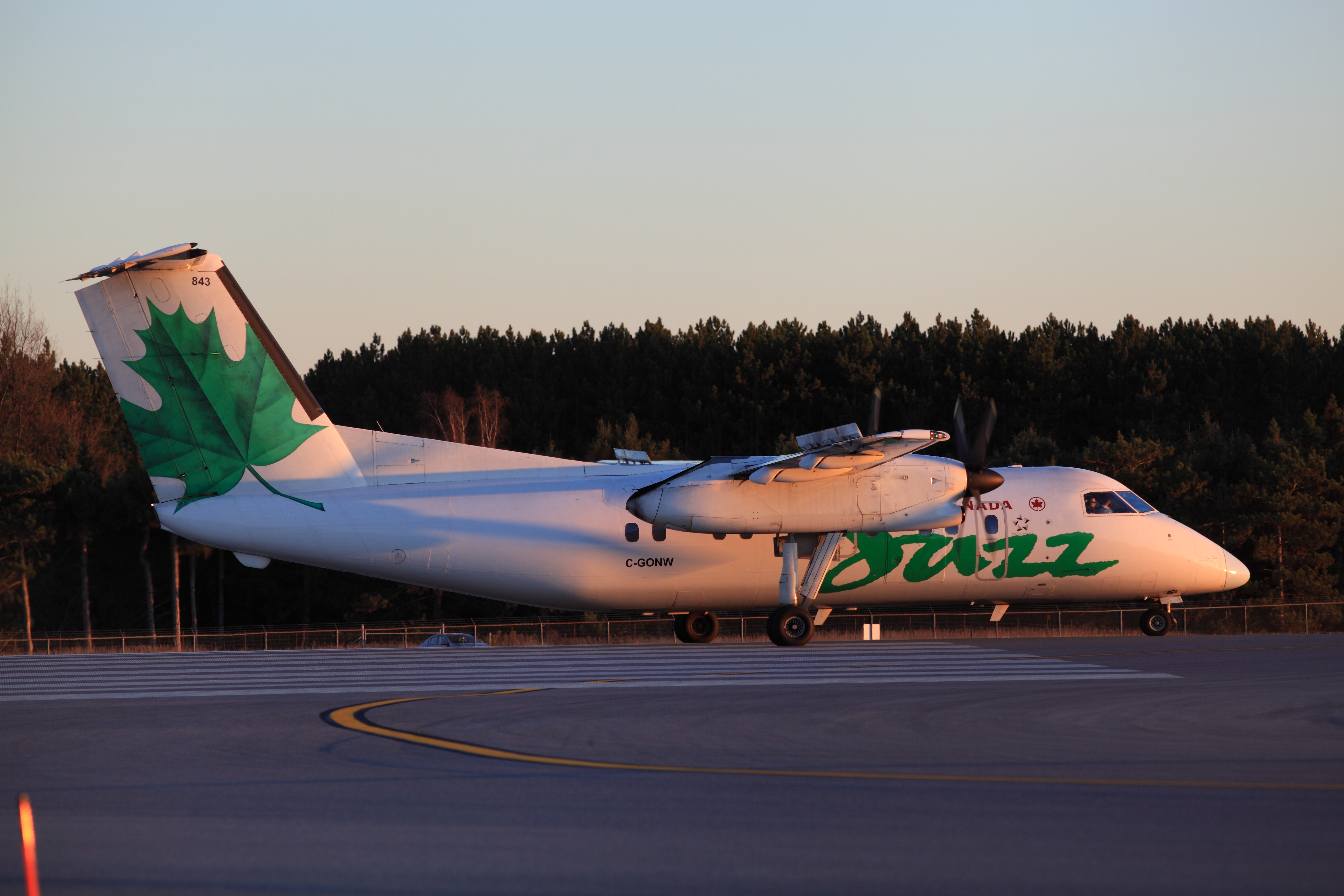