OXFORD'S coronavirus vaccine is up to 90 per cent effective when a half dose is given by a full dose, new data has confirmed.

Interim results from pooled studies show the vaccine was 70.4 per cent effective, on average, in preventing Covid-19 after two doses were given. 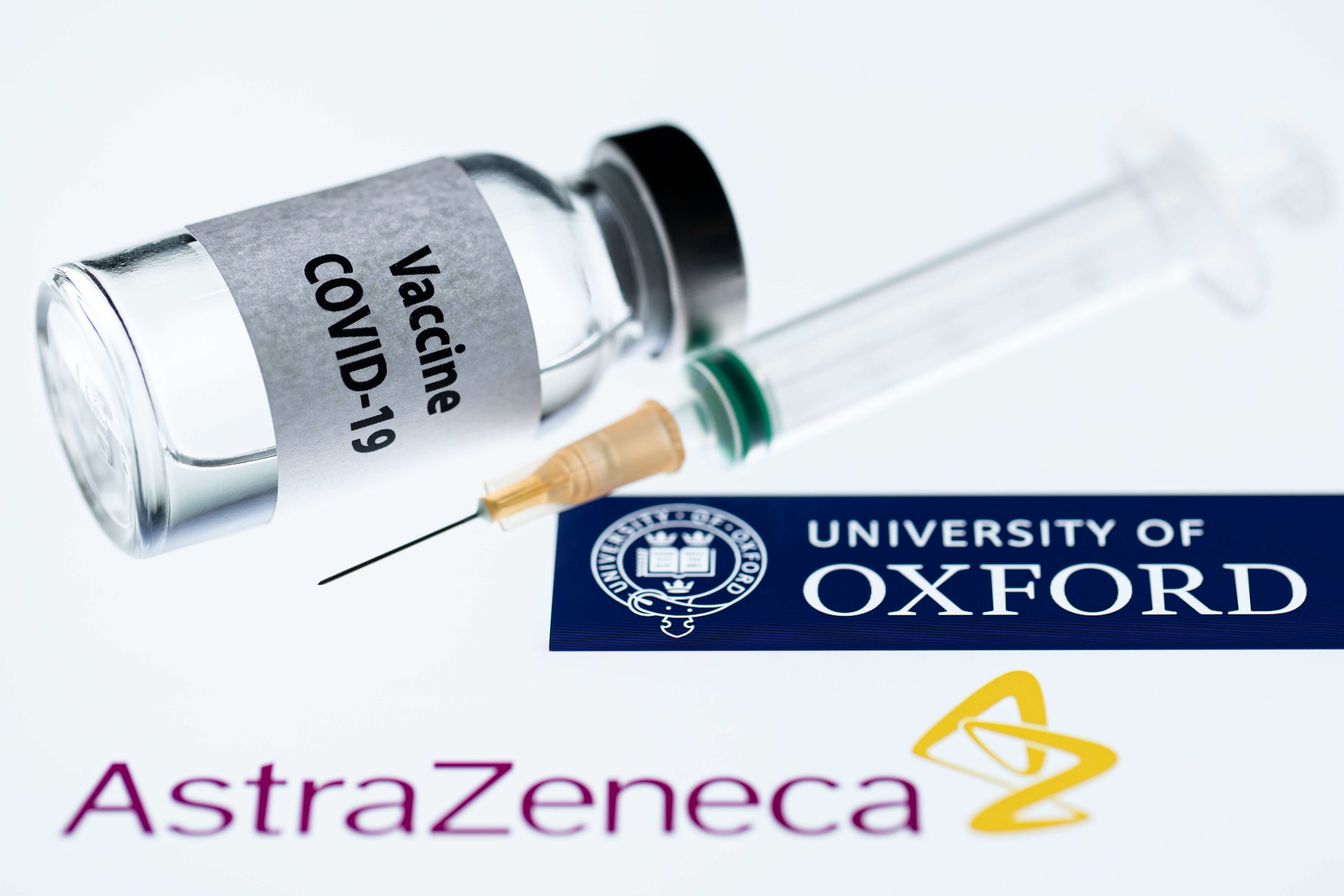 For people given two full doses of the jab in one study, the vaccine was 62.1 per cent effective.

In a study where people received a half dose followed by a full dose, the vaccine was 90 per cent effective.

The overall efficacy of 70.4 per cent is based on 11,636 volunteers across the United Kingdom and Brazil, and combined across three groups of people vaccinated.

Professor Andrew Pollard, director of the Oxford Vaccine Group and chief investigator of the Oxford vaccine trial, said: "Today we have published the interim analysis of the phase three trial and show that this new vaccine has a good safety record and efficacy against the coronavirus.

"We are hugely grateful to our trial volunteers for working with us over the past eight months to bring us to this milestone."

We hope to see regulatory approval in the coming weeks.

The research was published in The Lancet medical journal, meaning it is the first vaccine candidate with final stage trial results to be published and peer-reviewed by other scientists.

In the paper, the researchers said there were no admissions to hospital or severe disease in people receiving the vaccine.

However, they said more detail is needed on how effective the vaccine is in older adults – those at most risk of severe Covid-19. 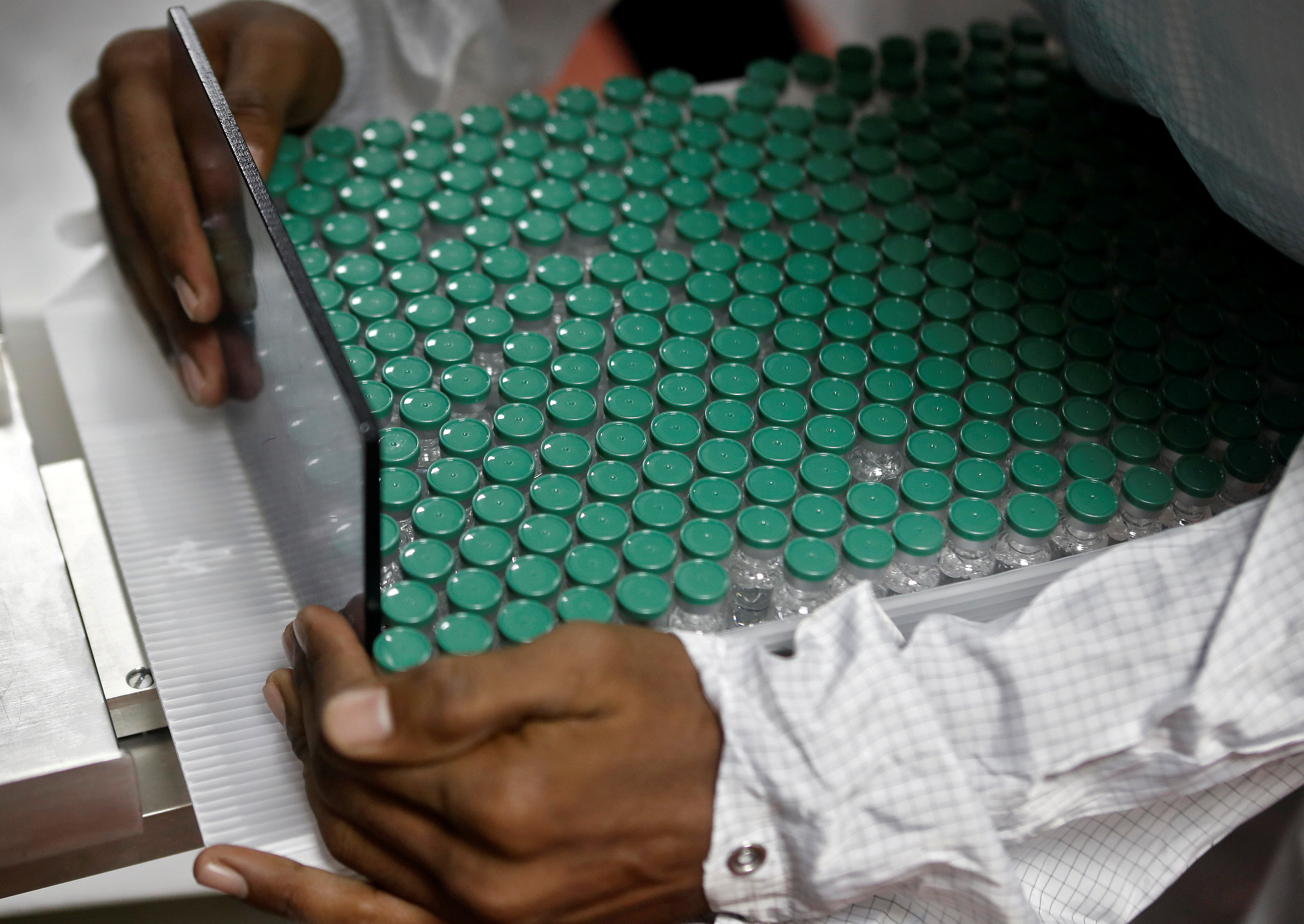 The data in The Lancet analysis was mostly restricted to people aged 55 and under, with work in older age groups still ongoing.

Study author Dr Merryn Voysey, from the University of Oxford, said: "The results presented in this report provide the key findings from our first interim analysis.

"In future analyses, with more data included as it becomes available, we will investigate differences in key subgroups such as older adults, various ethnicities, doses, timing of booster vaccines, and we will determine which immune responses equate to protection from infection or disease."

Hope for regulatory approval "in the coming weeks"

Data for the vaccine, which has been developed with pharmaceutical giant AstraZeneca, has been submitted to the UK's Medicines and Healthcare products Regulatory Agency (MHRA), which will decide whether to approve the jab.

It will be up to the regulators to decide what dosing regime to licence, and then for the Joint Committee on Vaccination and Immunisation (JCVI) to advise who would most benefit from it.

Prof Pollard told a Science Media Briefing this afternoon: “As far as the different dosing regimens we have in the UK, each of those independently stands up on its own, so we have efficacy for the half dose full dose group, of the two full doses, and efficacy by country.

“What we will do is put all the information to the regulators to scrutinise and look at and make decisions."

How does the AstraZeneca/Oxford vaccine work?

The vaccine – called ChAdOx1 nCoV-19 – uses a harmless, weakened version of a common virus which causes a cold in chimpanzees.

Researchers have already used this technology to produce vaccines against a number of pathogens including flu, Zika and Middle East Respiratory Syndrome (Mers).

The virus is genetically modified so that it is impossible for it to grow in humans.

Scientists have transferred the genetic instructions for coronavirus's specific "spike protein" – which it needs to invade cells – to the vaccine.

When the vaccine enters cells inside the body, it uses this genetic code to produce the surface spike protein of the coronavirus.

This induces an immune response, priming the immune system to attack coronavirus if it infects the body.

It differs from the Pfizer and Moderna vaccines because they use messenger RNA technology (mRNA).

Conventional vaccines are produced using weakened forms of the virus, but mRNAs use only the virus's genetic code.

An mRNA vaccine is injected into the body where it enters cells and tells them to create antigens.

These antigens are recognised by the immune system and prepare it to fight coronavirus.

No actual virus is needed to create an mRNA vaccine. This means the rate at which the vaccine can be produced is accelerated 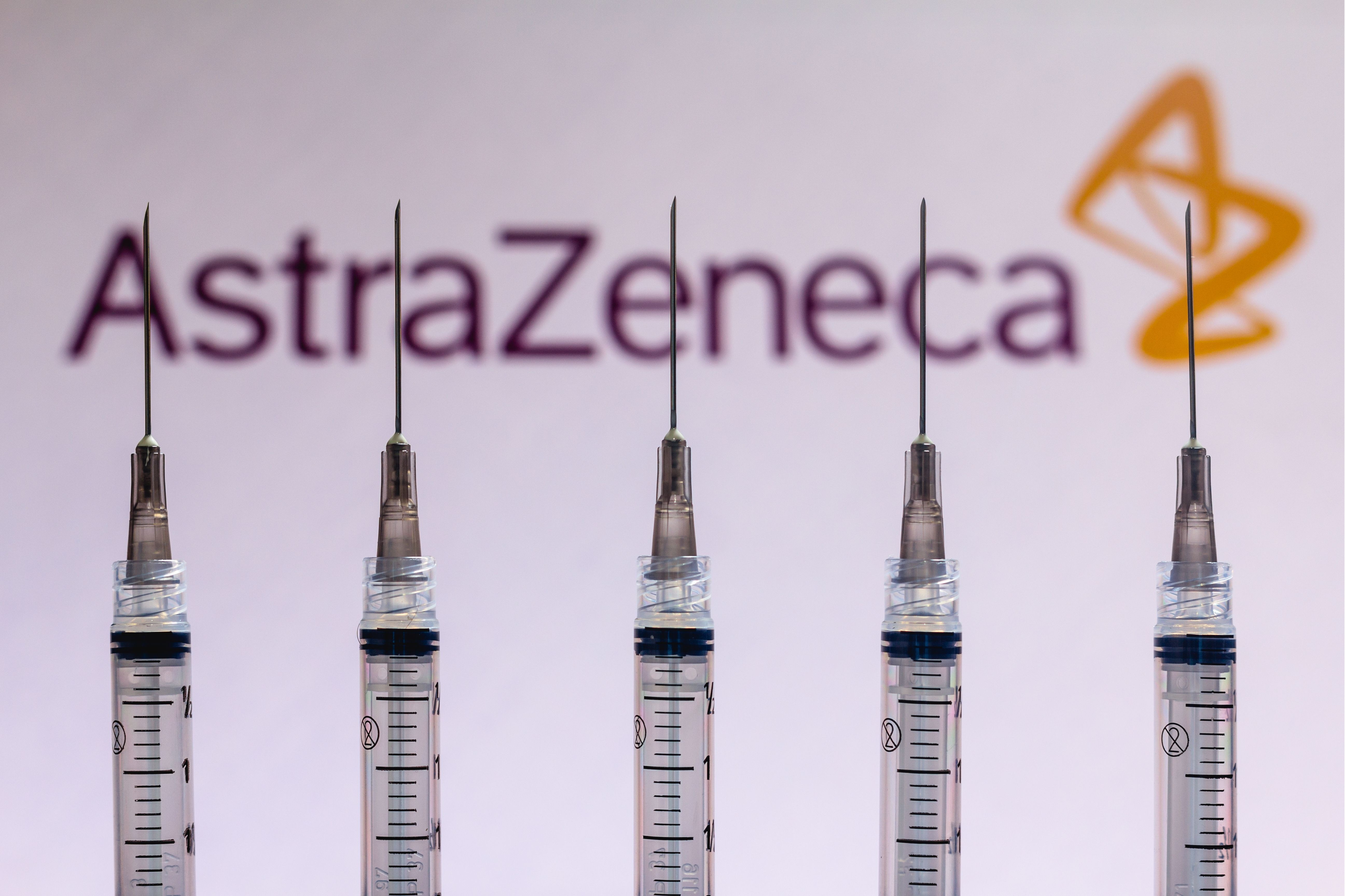 Prof Pollard added: "Control of the pandemic will only be achieved if the licensing, manufacturing and distribution of these vaccines can be achieved at an unprecedented scale and vaccination is rolled out to those who are vulnerable.

"Our findings indicate that our vaccine's efficacy exceeds the thresholds set by health authorities and may have a potential public health impact."

Professor Sarah Gilbert, professor of vaccinology at the University of Oxford, said: "Following the demonstration of vaccine efficacy in many preclinical studies, we now have clear evidence of efficacy in the trial results presented in a peer-reviewed publication today.

"Now under regulatory review, we hope that this vaccine will shortly be in use to start saving lives."

Prof Gilbert told the SMC briefing: "We hope to see regulatory approval in the coming weeks."

Mene Pangalos, Executive Vice President, BioPharmaceuticals R&D, AstraZeneca, added:“We have now initiated submission of this data to regulators around the world, and very much look forward to working with those regulators to get approval as quickly as possible this year and next year in countries around the world.

“I really believe this vaccine is going to have a big impact on the pandemic overall.”

Scientists said the publication in The Lancet today gave more detail on the interim results published on November 23.

But there are still uncertainties about how the jab will be used in the UK.

“We are now all familiar with the vaccine efficacy results from the low-dose (90 per cent) vs. standard-dose (62 per cent) regimens which are quite different.

"The combined efficacy of 70 per cent doesn't actually matter as when it comes down to it, you will get one or the other dosing regimen with that particular efficacy – though it may take a while before the low-dose regimen is potentially approved."

The scientists said today the 62 per cent efficacy for the standard-dose made the vaccine "viable and effective".

However, Dr Tang said: “A lower vaccine efficacy does run the risk of leaving a large proportion potentially unprotected despite being vaccinated.

"Those who have been vaccinated and think they are immune may behave more freely which may serve to spread the virus further if they do become infected.

“The other finding is that there is insufficient data as yet to confirm the vaccine efficacy against those over 55 years old.

“Also, this interim analysis did not contain sufficient data to demonstrate vaccine protection in BAME patients and those with comorbidities, both of which are known to be particularly vulnerable to severe COVID-19 disease.

“More data will come from the various arms of the trial to hopefully answer some of these outstanding questions to support its licensing."

Dr Simon Clarke, Associate Professor in Cellular Microbiology, University of Reading, said: “The report on the successful trial of the Oxford/AstraZeneca presents regulators with something of a dilemma.

"Data are most compelling for the cohort who got half a dose of the vaccine in their first jab.  Not only does this seem to confer greater protection against disease, it is in this group that there is a reduction in asymptomatic transmission of the virus, something which is essential if herd immunity is to be obtained to get wider protection of the population.

"Unfortunately, this cohort was relatively small, reducing the reliability of the findings – moreover it did not contain any older participants (age 55 or over)."

How was the trial conducted?

In the group where people received a half dose followed by a full dose, vaccine efficacy was 90 per cent, based on three out of 1,367 cases in the vaccine group, and 30 out of 1,374 cases in the control group.

Upon request from the peer-reviewers, the researchers carried out a sub-analysis to better understand whether the difference between 62 per cent efficacy and 90 per cent was to do with the dose or other factors such as age and time between vaccine dose.

The researchers concluded that, irrespective of age or time between doses, the people given the half dose followed by the full dose had better odds of protection against Covid-19.

However, they said this data "provides a suggestion" and more research is needed as further cases are identified.

The scientists said today they were not launching a separate trial to investigate the half dose regimen, but Mr Pangalos would decide "in due course" whether to do so.

They also said that while five cases of Covid-19 occurred in people aged over 55, vaccine efficacy in older age groups could not be assessed at the moment as there were too few cases.

Lates News:
2020-12-08
Previous Post: This $99 Pair of Earbuds Does a Lot More Than Just Sound Good
Next Post: Asia-Pacific markets trade higher as vaccine rollout in the U.K. fuels some optimism