Our summer sickness: Over 50 Auckland beaches under ‘high alert’ 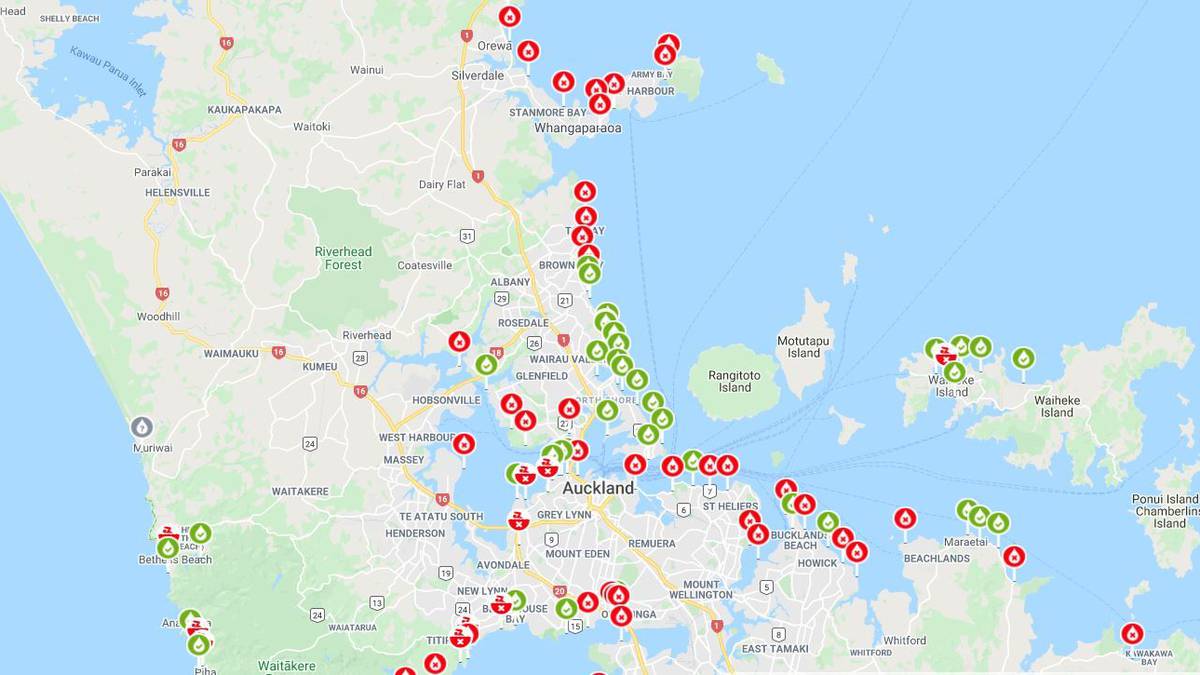 Aucklanders looking to take advantage of today’s fine weather are being warned to stay away from over 50 of the city’s swimming spots.

Bathers heading in for a dip could be putting themselves at “high risk of illness” according to Auckland Council.

The warnings are displayed on the council’s Safeswim website, which shows a map covered with the red alert warnings.

Twelve of those spots also include a long-term alert, where swimming is not advised with sampling showing water quality consistently fails to meet national guidelines.

In the north of Auckland, most of the Hibiscus Coast has been marked as off-limits, as has the holiday hot-spot of Long Bay.

In the city, Mission Bay receives a big tick but nearby St Heliers and Kohimarama carry warnings.

The red alert classification is triggered by a direct measure of faecal indicator bacteria, Enterococci, in the water.

It denotes a greater than 2 per cent chance of getting sick from swimming at a beach.

A black alert – which there are none of currently – indicates a “very high risk” of illness from swimming and means the water was directly contaminated by human faeces, and not just the Enterococci bacteria that could be from the gut of any animal.

According to the Safeswim website, their water quality forecasts take account of rainfall, wind, tide, sunlight and beach type.

They are made using high-frequency targeted sampling on top of historical monitoring results, and are underpinned by the best available meteorological data, including readings from rain radar and an extensive network of rain gauges.

Safeswim’s forecasts are automatically overridden if sensors detect unpredicted events – like a wastewater overflow in dry weather – that are likely to cause a public health risk.

Safeswim is overseen by an independent panel of public health and water quality experts and is required to meet performance standards adopted from the United States Geological Survey (USGS).