‘Emboldened to fight cops’: NYPD injuries in the line of duty soared 47 per cent amid violent anti-police protests in the city

Cops have been shot at, hit with bricks, bottles and Molotov cocktails, hit by cars and stabbed amid a spate of unrest.

Department data shows at least 472 officers have been injured when responding to protests since May 28, with 319 requiring hospital treatment. 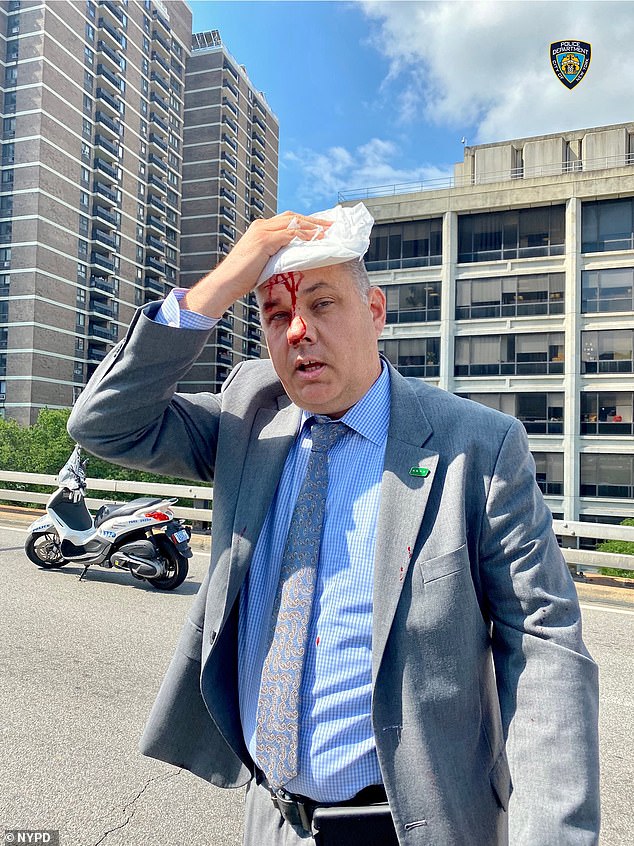 NYPD Lt. Richard Mack, who was attacked by a group of protesters in June, is among nearly 500 New York police officers who have been injured in riots and protests this summer

Patrick Lynch, the head of the Police Benevolent Association, told The Washington Examiner: ‘The chaos that politicians are encouraging on the streets is putting cops in the hospital.

‘It is not just the nearly 500 cops who have been hit with bricks and bottles or otherwise injured during supposedly ‘peaceful’ protests.

‘Hundreds more are being injured because criminals are emboldened to fight cops the moment we step on the scene. They know our hands are tied.’ 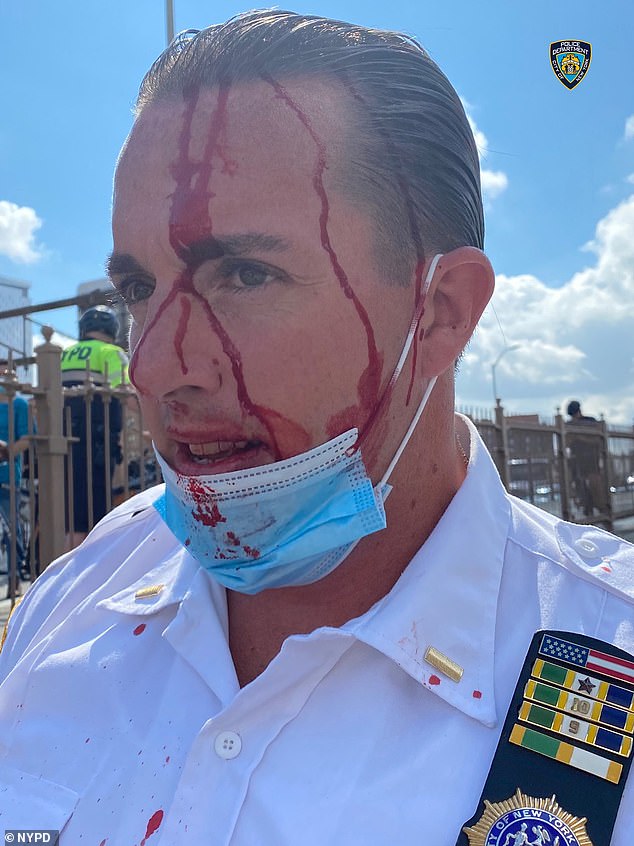 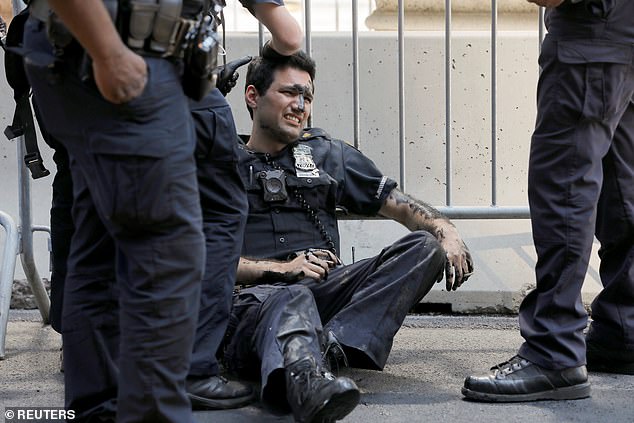 In one of the more distressing incidents, NYPD Lt. Richard Mack was attacked by protesters on Brooklyn Bridge in July, needing emergency eye surgery after receiving a number of blows to the head.

Meanwhile Sgt. William Maher was struck by a hit-and-run driver when attending a looting in The Bronx in June. 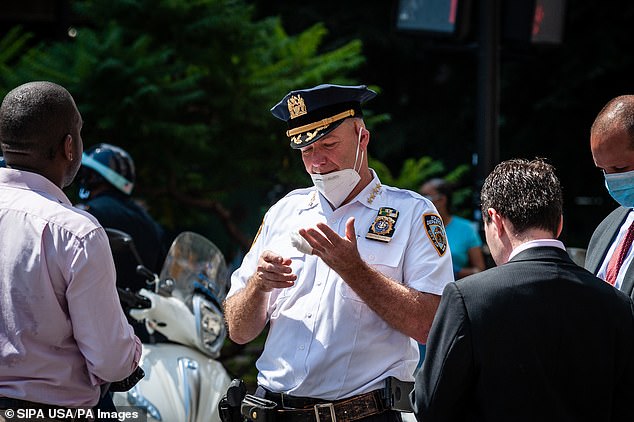 ‘Officers are hurt every single day whether in regards to being assigned to routine patrol or a riot location.’

The sergeant has even witnessed some of the violent attacks, seeing protesters throw rocks and bricks at officers on the front line.