The young woman who set off a national discourse about sexual consent among young people is calling on Victoria Police to launch a new system to make it easier to report sexual assault and allow police to better track alleged repeat offenders.

University student Chanel Contos is pushing for a program that would allow sexual assault complaints to be made to police anonymously online. 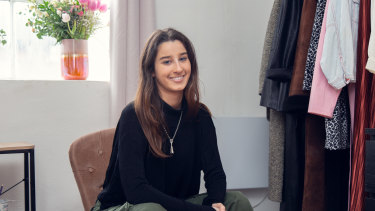 Chanel Contos: “It’s important our society has a way to hold people accountable for their actions without sending them to jail.”Credit:Liliana Zaharia

Under the Operation Vest scheme Ms Contos launched with NSW Police last month, filing an anonymous complaint does not lead to a formal investigation being launched, but the report is kept on record if the alleged victim chooses to proceed later.

Police can also track if the same alleged offenders are reported multiple times.

Ms Contos’ push is designed to provide an avenue for reporting the experience of some of the more than 5000 young people, including many Victorians, who came forward with graphic testimonies of sexual assault in response to Ms Contos’ petition that began as a poll on her Instagram page.

The 23-year-old Sydney woman alleges she was sexually assaulted when she was 13. The same person allegedly assaulted her friend a year later. Operation Vest, Ms Contos told The Sunday Age, “is aimed at normalising the reporting of sexual assault, because our current society makes it so hard to do so, especially when the victim knows the perpetrator personally”. 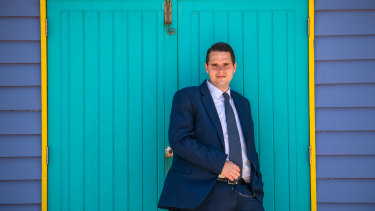 “It is not about getting people into trouble for things they did when they were teenagers,” she said.

“It’s important our society has a way to hold people accountable for their actions without sending them to jail. Government can play a large role in facilitating that through policies and law reform.”

The consent advocate is on Thursday running a virtual briefing for Victorian MPs on consent education that she hoped many would attend “because there is an epidemic of sexual assault amongst school children in Australia”.

“It doesn’t matter if you haven’t heard of an assault in a school in your electorate, I can guarantee it is still happening but remains unreported,” she said.

The briefing has been organised by the Liberal member for Brighton, James Newbury, who called Ms Contos a “fierce voice of a generation, having spoken out on behalf of tens of thousands of young people”.

“Every Victorian MP should join me to hear Chanel’s call for the state Labor government to introduce a new way for people to informally report sexual assault to police.” 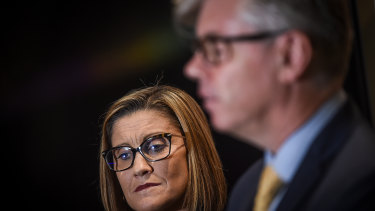 Ms Contos submitted her own report when she launched Operation Vest, which NSW Police hopes could provide intelligence about the prevalence of sexual assault and potential offenders. A Victoria Police spokeswoman confirmed it had no similar program.

The Andrews government harnessed the mood for change and announced that schools would now expressly address matters of sexual consent as part of the curriculum.

Julia Quilter, criminal law expert and associate professor at the University of Wollongong, said Operation Vest could allow people to recount incidents in a way they felt was appropriate. 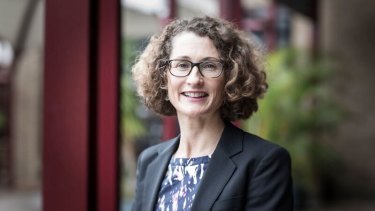 Dr Quilter said Ms Contos had done a fantastic service by creating momentum around the issue of sexual violence inflicted on young people, who she said were most at risk, but also raised a concern about how the informal statements might be used by defence lawyers if the reports proceeded to trial.

She said lawyers defending people accused of sexual offences commonly used any documentation or evidence – including conversations with bystanders or first responders – to cast doubt on the alleged victim’s account if there was any inconsistency with what was reported to the police.

For example, an alleged victim could write in their informal statement that their body was positioned in a certain manner during an incident. If this differs from the retelling of the incident to police at a later date, this differential could be “latched onto” by defence lawyers, Dr Quilter said. She said trained police may ask questions of the complainant in the interview that yields different information than was written in an informal statement.

“I’m not saying it’s not a good idea, but we have to be cautious in understanding how that document could be used in later proceedings,” she said.