The truck driver who killed four police officers on the Eastern Freeway was talking about problems with his family and seemed confused before the crash but nothing raised alarm bells for a colleague, a court has heard.

Simiona Tuteru, 49, a supervisor at the trucking company that Mohinder Singh drove for is facing a committal hearing in the Melbourne Magistrates Court charged with four counts of manslaughter after Singh hit and killed the officers. 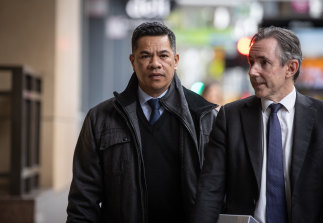 Singh, who was sentenced to a maximum 22 years in prison last month, was driving a prime mover for Connect Logistics delivering chicken for Ingham’s when he veered into an emergency lane on the Eastern Freeway at about 5.30pm on April 22 last year.

Mr Tuteru is facing 82 charges, the most serious of which is manslaughter, and a raft of other alleged breaches of the heavy vehicle law of failing to supervise Singh properly and allowing him to drive while fatigued.

Stephen Harrison, who worked with Mr Tuteru on the night shift that ended on the morning of April 22, told the court on Tuesday nothing about Singh’s behaviour raised alarm bells. 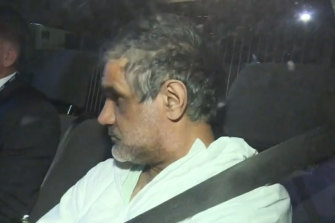 But, Mr Harrison said, Singh did seem confused and bizarrely talked about “a date from the war”.

“That was the only thing I thought ‘oh that’s a big strange’,” Mr Harrison said under cross-examination from defence barrister David Hallowes, SC.

Mr Harrison said he told Singh to seek some medical advice given his “confusing” mental state.

Singh, it was later revealed, was sleep-deprived, paranoid and using the drug ice.

Mr Harrison told the court he did not know Singh was using drugs.

Another truck driver, Adrian Thorne, told the court on Tuesday he signed a document before each shift started declaring he was fit to drive and not under the influence.

On Monday, Singh’s daughter told the hearing her father’s behaviour seemed so bad on the day of the crash that she told him not to go to work because she thought he was going to kill someone.

But, his daughter said, her father insisted on going to work because he was worried he would get fired if he didn’t attend a meeting that day.

“The way he was acting that day scared me and I thought he was going to kill someone if he drove,” she said.

Our Morning Edition newsletter is a curated guide to the most important and interesting stories, analysis and insights. Get it delivered to your inbox.