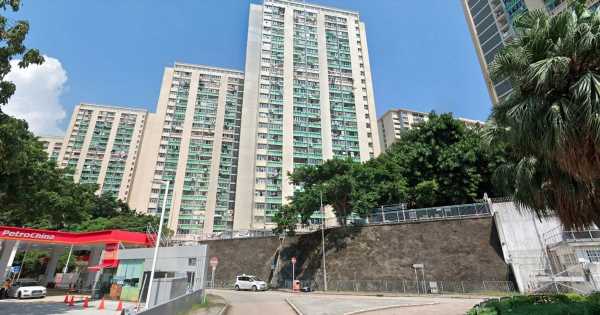 A woman found naked at the foot of a of a 28-storey luxury apartment block may have had her five-month-old daughter in her arms when she fell from her penthouse apartment, say police.

The 34-year-old woman is believed to have intentionally jumped from tower three of the Parc Palais, an upscale development on Wylie Road in Yau Ma Tei, Hong Kong.

The building's security guard rushed outside after he heard “a loud bang” just before 5pm on Wednesday, January 6, and found the woman and her baby lying unconscious a few feet apart with extensive injuries.

Door-to-door enquires established that the woman lived with her daughter in the duplex apartment on the top floor of the building. The door was locked and no one answered the door when officers arrived.

The mother was a reportedly a businesswoman and held a two-way permit, a special travel document issued by the Chinese authorities to allow the holder to pass freely between Hong Kong and mainland China. Her daughter was born in Hong Kong.

Detectives from the Yau Tsim district crime squad are currently investigating the case.

Lates News:
2021-01-07
Previous Post: Discussions swirl on Trump’s removal after chaos at Capitol
Next Post: Stratis Brings Blockchain as a Service to All Businesses via its C# Native Platform