Mortars land on Tripoli suburb as two-week battle rages on

AL-SUANI, Libya (Reuters) – Mortars crashed down on a suburb of Tripoli on Thursday, almost hitting a clinic and adding to people’s suffering after two weeks of an offensive by eastern troops on the Libyan capital, which is held by an internationally recognized government. 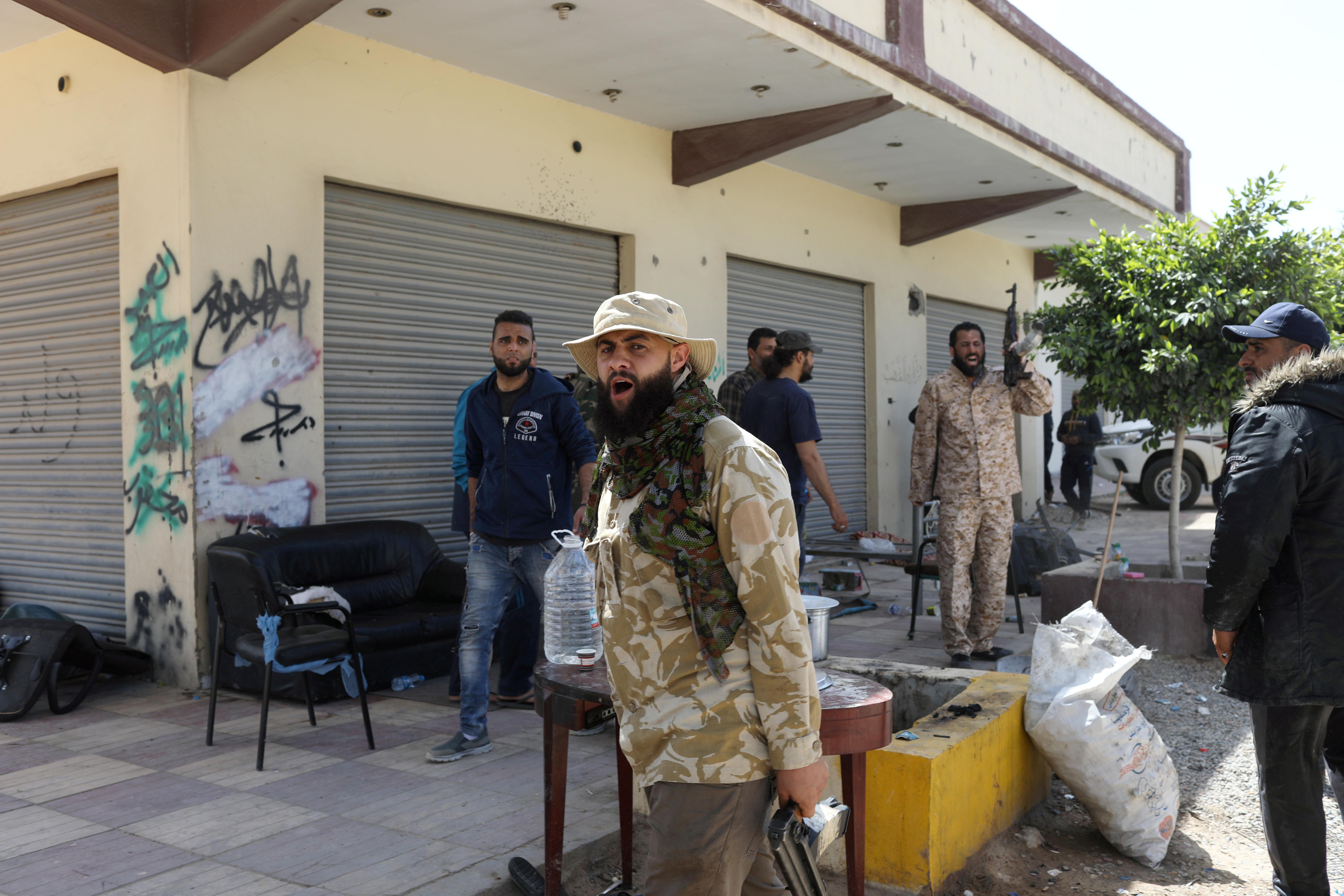 The shelling came a day after seven people were killed when Grad rockets hit a densely populated district of Tripoli, which the eastern Libyan forces of commander Khalifa Haftar have been trying to take, deepening the chaos that has plagued the oil-producing nation since 2011.

The Libyan National Army (LNA) of Benghazi-based Haftar has become bogged down in the southern suburbs of the capital.

In al-Suani, a southwestern suburb, Reuters reporters saw two mortars almost hitting a clinic. The fighting has killed 205 people, including 18 civilians, and wounded 913 since the start of the campaign, the World Health Organization (WHO) said on Thursday.

Locals blamed Haftar’s forces for the shelling, saying the rockets had been fired from the direction of his positions south of the capital.

“We say to the United Nations and the Security Council: listen. Listen to the bombing… Rockets are coming down on us. For this reason, please find a solution for us,” said Youssef Salem, a displaced man from al-Suani.

The Tripoli government issued arrest warrants for Haftar and other top eastern officials, blaming them for Wednesday’s shelling.

Eastern officials have already issued arrest warrants for Tripoli premier Fayez al-Serraj and other western officials as there is no sign of a political solution or even of a ceasefire.

Foreign powers are worried but unable to present a united front over the latest flare-up in the cycle of anarchy and warfare that has gripped Libya since dictator Muammar Gaddafi was toppled in 2011.

The internationally recognized interior ministry accused France of supporting Haftar and said it would halt security cooperation with Paris.

“Any dealings with the French side in bilateral security agreements” will halt, the Tripoli-based interior ministry said in a statement.

A French presidential source said in response to the accusation that France supported the internationally recognized government in Tripoli and that Emmanuel Macron’s legitimate interlocutor was Serraj, with whom he spoke on Monday and reaffirmed that.

The French government was not immediately available for comment.

Most recently in February, France provided the Tripoli government with six patrol boats for its coastline.

Paris has given Haftar support in the past, however, viewing him as the best bet to end the chaos that has reigned since a NATO-backed rebellion to end Gaddafi’s murderous four-decade rule.

Italy, with considerable oil interests in the OPEC member, supports the Tripoli government of Prime Minister Fayez al-Serraj and was furious with French reluctance to back a recent European Union resolution urging Haftar to halt his advance.

The conflict threatens to disrupt oil flows, foment migration across the Mediterranean Sea to Europe, and allow jihadists to exploit the chaos.

Haftar enjoys the backing of Egypt, the United Arab Emirates and Saudi Arabia, who view him as an anchor to restore stability and combat Islamist militants.

His forces came under attack on Thursday by an armed group at the Tamanhint base near the main southern city of Sabha.

The LNA managed to expel the attack, which killed two of its soldiers, an eastern official said. But it exposed a vulnerability as Haftar has moved much of its forces north. 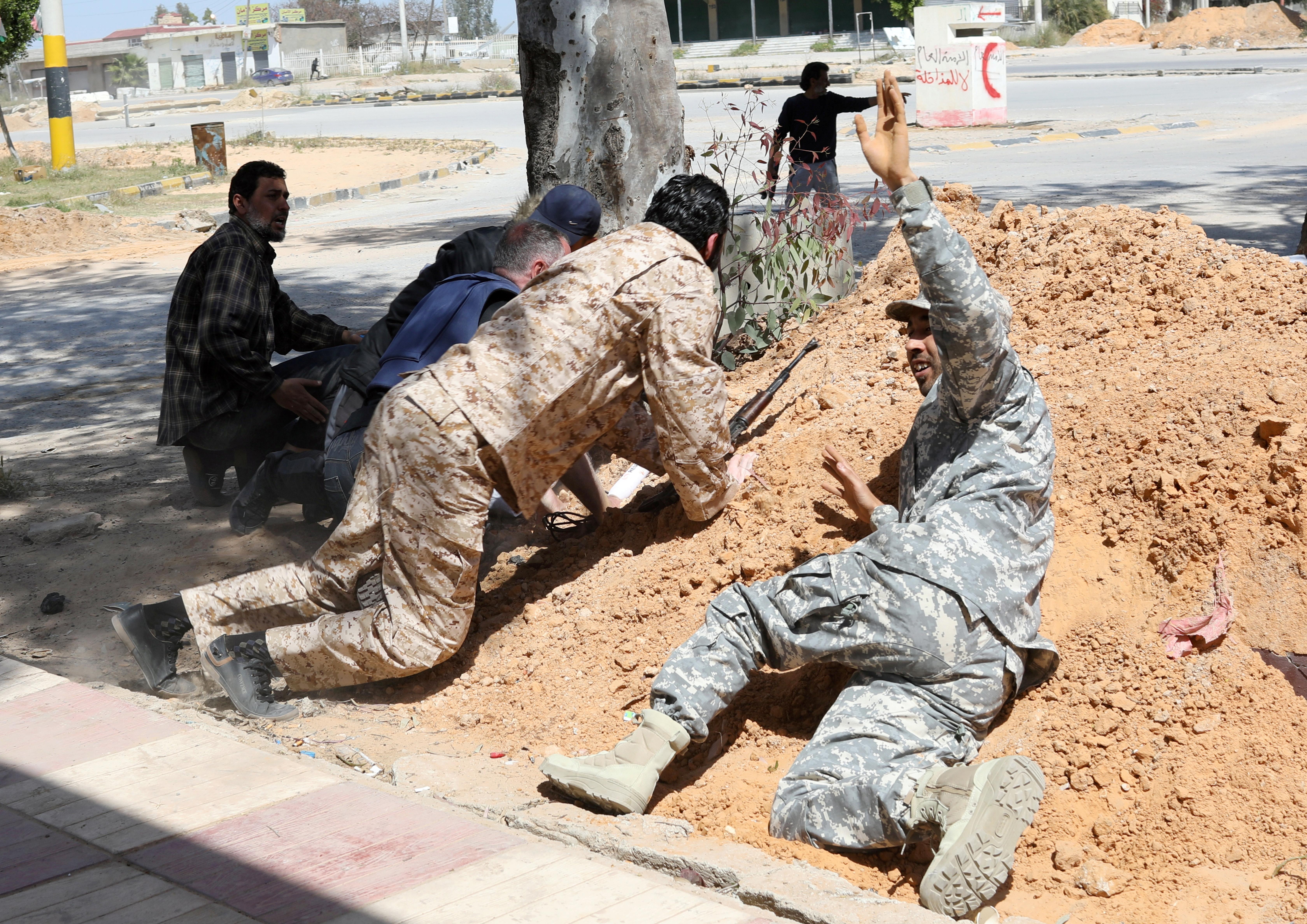 The identity of the attackers was not immediately clear.

The LNA force seized earlier this year the south and its two oilfields, although tribesmen with flexible loyalties remain strong in the sparsely populated desert region.

On the weekend, the LNA dispatched a unit to the eastern oil ports of Ras Lanuf and Es Sider to prepare for a possible attack there.

Lates News:
2019-04-18
Previous Post: Google's perks don't matter—this is the only thing that keeps great people from quitting
Next Post: Trump said ‘I’m f***ed’ when he learnt of probe and tried to have Mueller fired