A HUNTER has been condemned by the RSPCA after footage emerged of her appearing to kick and punch a distressed horse.

The sickening video shows the moment the female rider lashes out at the white pony after it ran into the road in the East Midlands. 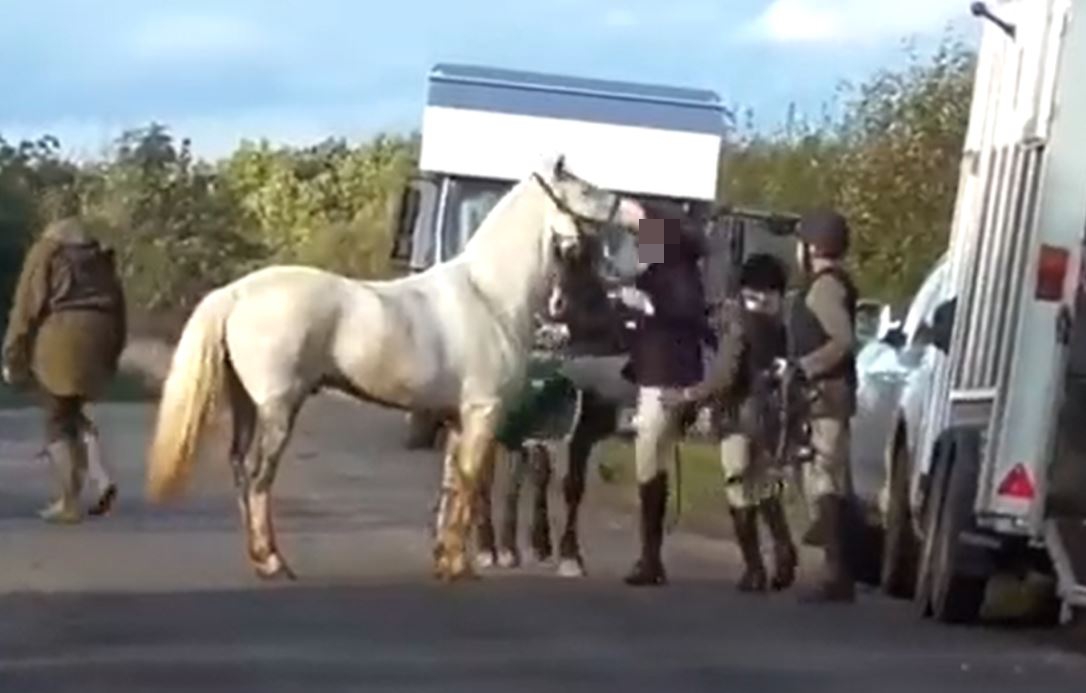 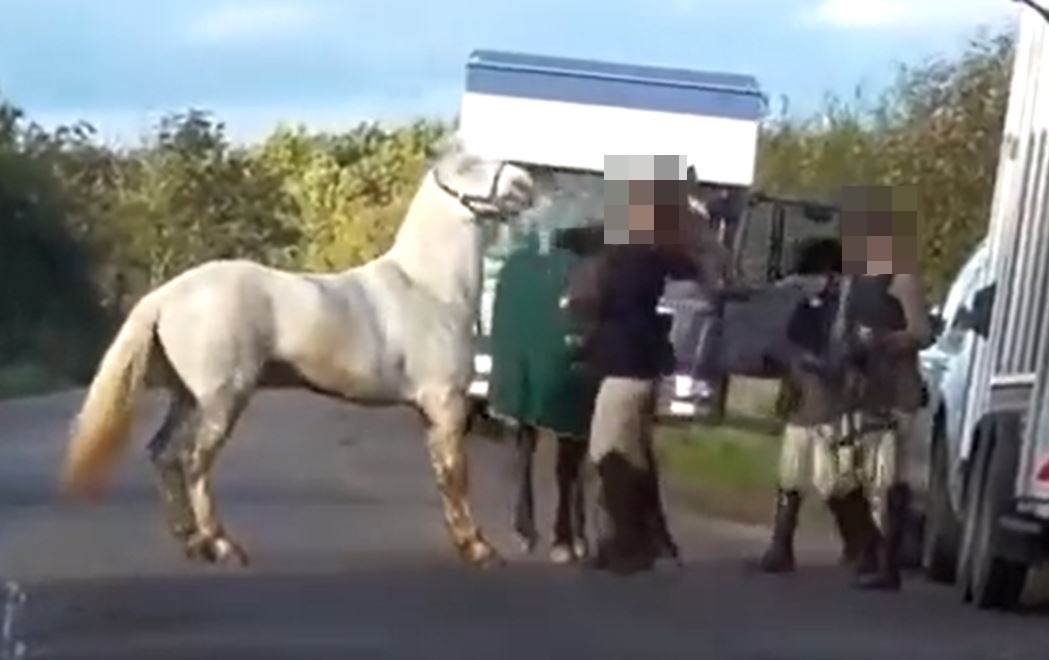 The woman, dressed in cream jodhpurs and a navy jacket, can be seen acting aggressively towards the animal, kicking and punching it before pulling it into a horsebox by its head collar.

She is believed to be part of Cottesmore Hunt, a foxhound hunting pack based in Rutland, and was surrounded by other riders at the time of the incident.

Following the incident, Cottesmore Hunt reportedly said it did not condone the actions shown in the video "under any circumstances".

After the horror footage was posted online dozens of people contacted the RSPCA to report the incident.

The RSPCA said in a statement: "This footage is really upsetting. We will always look into complaints made to us about animal welfare.

The Hunting Office condemned the actions of the woman, saying she is not a member of the hunting associations.

Horrified members of the public have also slammed the rider online, with one writing: "This is unacceptable!!!

“That poor horse was hit and kicked. Every day more shocking evidence emerges of the violent cruelty these hunts inflict on innocent animals.

"Ridiculous that they are allowed to get away with it."

Another added: "As a horsewoman myself, nothing makes me angrier than seeing footage such as this. It is shameful. There is absolutely no excuse for this behaviour.

"No matter how frustrated you are, no matter if you’ve had a bad day. Horses are so sensitive. What a way to make them head shy."

Lates News:
2021-11-08
Previous Post: I’m from Mars but was reborn on Earth to save everyone from nuclear apocalypse, says child genius
Next Post: ‘Ireland would suffer more than any EU nation!’ Coveney’s Brexit grandstanding backfires