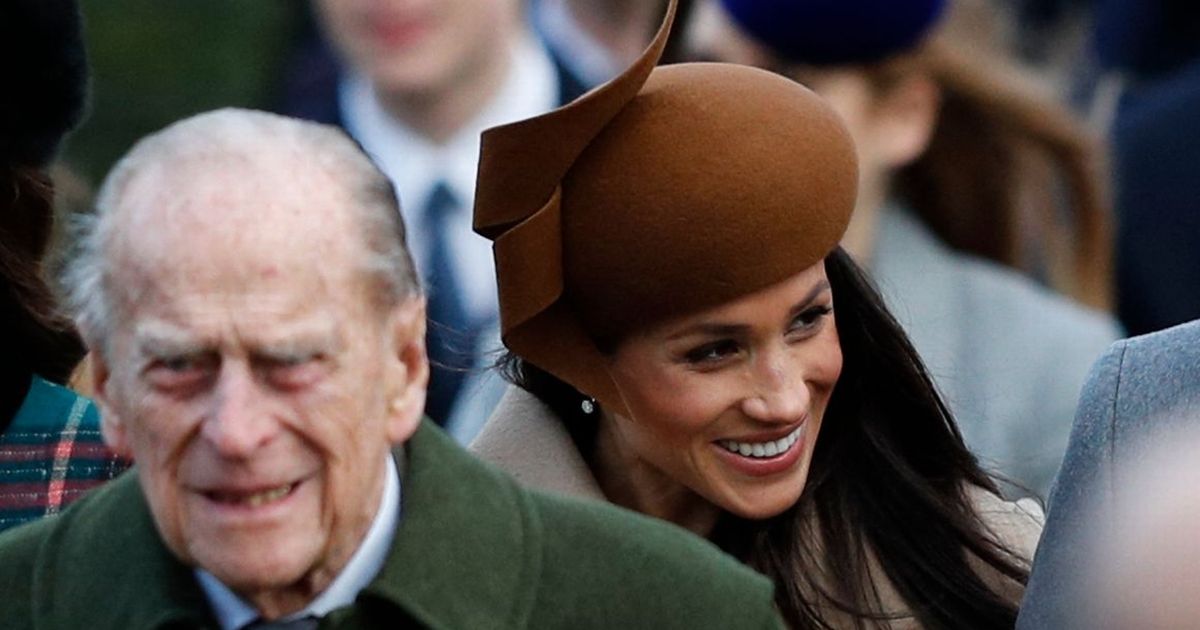 Meghan Markle has penned a moving tribute to the late Duke of Edinburgh from across the Atlantic – after not being able to travel back to the UK during her pregnancy.

The Duchess of Cambridge was unable to make the 6,000-mile trip from Montecito to London to attend Prince Philip's funeral, but left a handwritten note on a wreath Prince Harry brought to St George's Chapel.

The couple chose the flowers, including Acanthus mollis – the national flower of Greece – to mark Philip’s heritage.

They selected Eryngium to represent the Royal Marines.

Meghan, who is a skilled calligrapher, also left a note for the duke.

Buckingham Palace previously said Meghan had been "advised by her physician not to travel" as she is in the second trimester of a pregnancy considered high-risk due to her miscarriage last year.

Harry represented their family at the ceremony at at St George's Chapel in Windsor at 3pm.

Reports claim he got in touch with several relatives as soon as he landed in the UK, including dad Prince Charles and brother William, in order to "park any disputes" between them.

Today marks the first time Harry was pictured with his wider family since March 2020.

The Duke of Sussex and Duke of Cambridge walked behind Philip's coffin, but were separated by their cousin Peter Phillips.

During the ceremony, they sat opposite each other. Once it had ended, Harry walked up to William and Kate before having a conversation.

A royal expert has suggested the Duke of Sussex will be eager to get back to California to be with his wife and son once the funeral is over, and may fly out the same day.

"I think for the period that Harry is here they will very much want to put their differences behind them," author Ingrid Seward told Us Weekly.

"I think Harry will very much want to get back to Meghan as soon as the funeral is over. He will probably return to California maybe the next day or maybe later on Saturday."

The coronavirus pandemic meant traditional funeral conventions for a member of the Royal Family had to be thrown out in favour of a pared-down service with only a handful of mourners permitted to attend.

At 2.40pm the coffin, draped in the Duke’s personal flag and flowers, his Naval Cap and sword on top, was carried from the State Entrance to the Land Rover by pallbearers from the 1st Battalion Grenadier.

At 2.45pm the procession within the castle grounds began, led by the band of Grenadier Guards, followed by the Major General's Party and military chiefs of staff, in front of the Land Rover.

Royals including Prince Charles walked behind the coffin while the Queen will travelled separately to the chapel.

The Land Rover arrived at the West Steps of St George's Chapel at 2:53pm, and was met by a guard of honour.

A band from the Rifles Regiment will play the national anthem.

BBC One will be broadcasting the service live from 3pm, and it can also be watched on iPlayer.

The public were asked not to visit the grounds due to Covid-19 restrictions, and instead the Royal Family has asked people to consider donating money to charity in the Duke's honour.