Meghan Markle and Prince Harry's interview with Oprah Winfrey represents "horrendous" timing as Prince Philip fights for his health in hospital, it has been claimed.

The Duke and Duchess of Sussex face a "real reputation mess" if the chat goes ahead on Sunday.

Public relations and crisis communications consultant Mark Borkowski added that the "timing is horrendous" if the tell-all chat is aired in the US on Sunday as planned.

The Duke of Edinburgh, 99, was admitted to London's King Edward VII's Hospital two weeks ago. He was transferred to St Bartholomew's Hospital yesterday to check a pre-existing heart condition.

Critics have urged the two-hour interview, described by Oprah as "shocking", to be postponed, but as it stands it will go ahead.

"Anybody who looks at this through the optics of a caring family, even a family who are estranged from one another, it's very uncomfortable as you edge towards Sunday."

The pre-recorded special is tipped to air in the UK on ITV the following day.

Mr Borkowski added: "This could be a real reputational mess for everybody involved.

"Harry and Meghan are supposed to be a sensitive, caring and empathetic brand.

"Surely the disruption, particularly to the Queen… but they're going ahead with this juggernaut."

Mr Borkowski said Harry and Meghan's future would be "in the lap of the gods" If Philip's health deteriorates.

The show is expected to see the Sussexes opening up about life within the Royal Family and their decision to split from the monarchy.

A trailer shows Winfrey asking Meghan if she was "silent or silenced". The duchess's answer was not revealed.

In response to a comment by the duchess, Winfrey asks: "Almost unsurvivable. Sounds like there was a breaking point?"

"I'm just really relieved and happy to be sitting here, talking to you, with my wife by my side, because I can't begin to imagine what it must have been like for her (Diana), going through this process by herself, all those years ago," he says.

During the footage, Winfrey tells viewers: "Just to make it clear to everybody, there is no subject that is off-limits," with Meghan nodding in agreement. 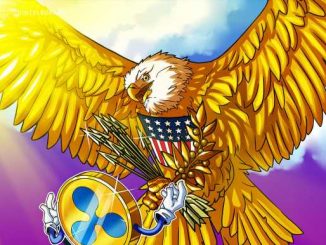