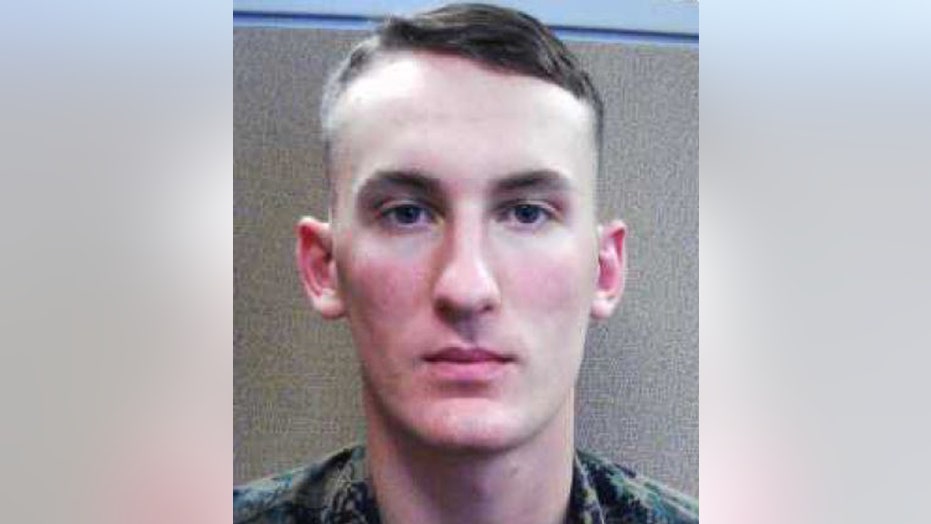 Virginia investigators tore apart a camper without finding a fugitive Marine murder suspect who was hiding inside, according to a report.

A lawyer for Marine deserter Michael Brown claimed he was hiding in the camper “behind a cabinet, somewhere near the top” as investigators searched it, WSLS-TV reported Thursday.

The search took place Nov. 14. At the time Brown, 22, was being sought in the Nov. 9 fatal shooting of his mother’s boyfriend in Franklin County, Va. After an 18-day manhunt, he was apprehended Nov. 27. He deserted his Marine post at Camp Lejeune in North Carolina in October, officials said.

The station on Friday quoted Brown as saying in an email from behind bars: "I think they did as good of a job as anyone could have done and don’t fault them for not having found me."

Investigators searched the camper for hours eventually tearing it apart, the station reported.

Brown was able to get away after investigators towed the camper to an impound lot owned by a Roanoke, Va., towing company, the station reported.

“We are currently unaware of any surveillance video from the impound lot in Roanoke,” it said, according to WDBJ-TV.

The station also quoted the sheriff’s office as saying that it could not confirm that Brown was in the camper at the time of the search.

5 Rights We Wouldn't Have Without Ruth Bader Ginsburg