March for Life activists excited Roe could soon be overturned: '2022 is the year'

WATCH NOW: March for Life activists excited Roe may soon be overturned: ‘2022 is the year’

Activists are excited 2022 will be a ‘groundbreaking year’ for pro-life rights.

WASHINGTON, D.C. – Activists at the 49th annual March for Life told Fox News Digital they were excited 2022 could be the year Roe v. Wade gets overturned.

The March for Life is an annual march to the Supreme Court that started in 1973, the same year as the landmark abortion decision in Roe. The theme for the march this year was “equality begins in the womb.”

Activists are hopeful that Dobbs v. Jackson Women’s Health Organization, which was argued before the Supreme Court in December, will overturn or weaken Roe v. Wade. The decision on the consequential abortion case is expected by this summer.

“I think this is a great year to be here because of the upcoming Dobbs decision,” one marcher named Katie told Fox News Digital. “I think this is just going to be a groundbreaking year.”

Another activist named Ryan said seeing so many people at the march gave her hope.

“I came out here because when my mom got pregnant, it was a new thing, she was 18, she really wasn’t sure what she was going to do,” another marcher named Jaden told Fox News Digital. ” She chose life, she kept me.” 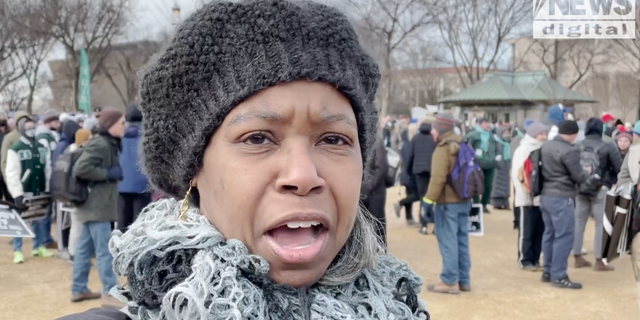 Rhonda speaks with Fox News Digital at the 2022 March for Life.

A woman from Philadelphia named Rhonda said: “What brings me out here is that I’m a Black woman, and once upon a time, Black people weren’t human beings. We were three-fifths of a human being. And so that’s the same issue as abortion and the claim that this isn’t a human life.” 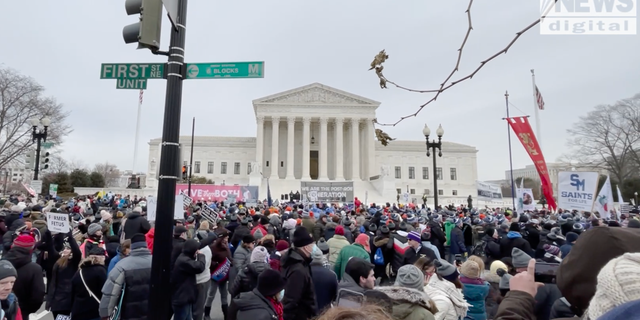 Activists gather outside the Supreme Court during the 49th annual March for Life.

“If you look around, it’s all young people standing up for what they believe in,” a college student named Olivia told Fox News Digital.

“That’s why I really just try and tell people my age abortion is a human rights issue because these are humans that we’re dealing with,” he said.

“Gen Z is really out here in great numbers,” an activist named Gideon told Fox News Digital, “We are the pro-life generation, and we are going to get Roe overturned.” 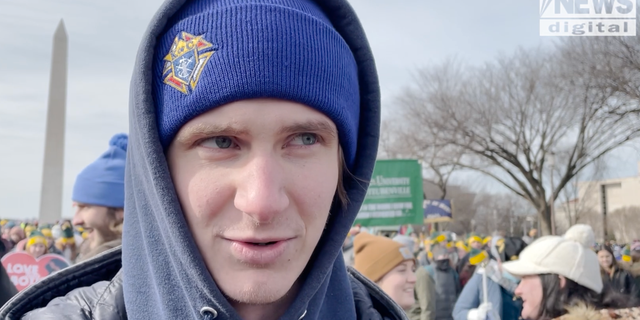 Noah added, “I think that this is a particularly hopeful year, and I’m really excited about the future and what 2022 will hold for this pro-life generation.”

“I really have faith in the judges, especially the ones that President Trump has appointed,” Gideon added. “I’m hoping for at least a 5-4 or 6-3 decision to overturn Roe v. Wade, but we will see what happens.”