A man has been jailed for slapping a woman across the face because she was wearing hot pants during Ramadan in Istanbul.

The victim, Asena Melisa Saglem, then a 21-year-old student, was on the bus reading a book and listening to music when she was struck across the face.

At a criminal court in Istanbul, this week, her attacker, Erkan Kyzylatesh, was convicted and sentenced to five months and 25 days in prison. 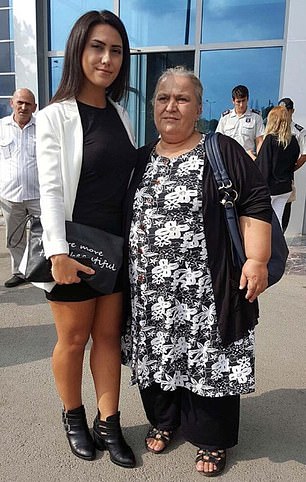 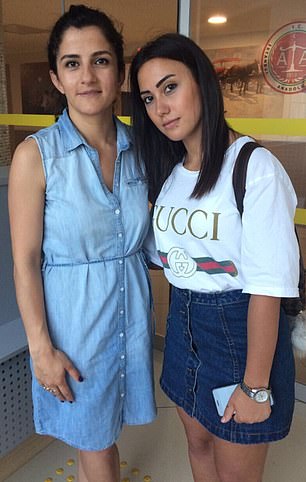 Asena Melisa Sağlam with her mother (left) and her lawyer (right), she tweeted on Tuesday: ‘I would like to thank my lawyers, my family and you who have never left me alone.’

Ms Saglem, has expressed her gratitude to all those who urged her not to be silent in the aftermath of the attack on June 17, 2017.

‘I am very happy, and I’m grateful to the lawyers and to the justice system. The sad thing that happened to me two years ago has now finally put a smile on my face. I think such negative thing should more often be put on the agenda, because only by voicing them can they be tackled.’

Footage released shortly after she was attacked shows her sitting on a bus in the Turkish city of Istanbul, dressed in a white top and shorts. 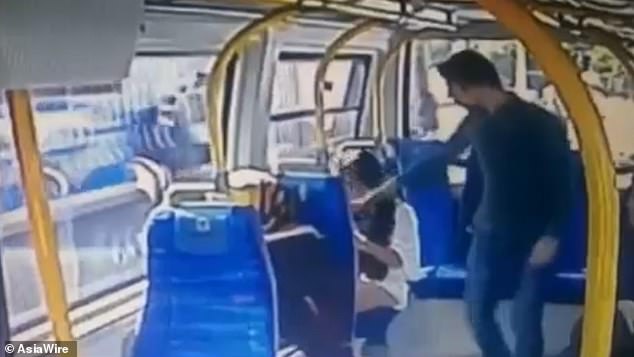 Asena Melisa Saglem was sitting reading a book and listening to music in Ramadan 2017 when she was struck across the face. Earlier reports on the attack said the fact she was wearing shorts provoked the man to act 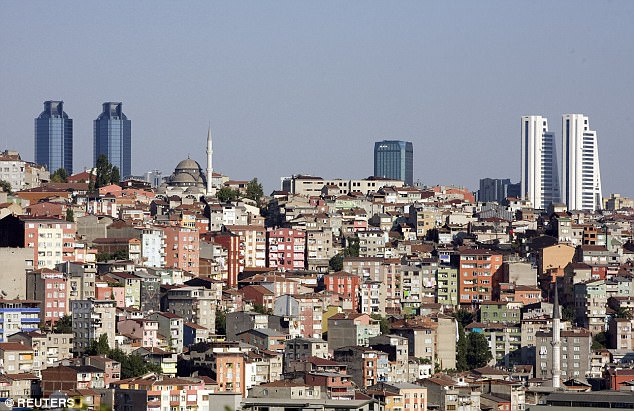 The man, later identified as Kyzylatesh, is seen sitting behind her on the route through the Pendik district of the city looking uncomfortable at the sight of her legs.

When the bus pulls into its next stop, he gets up to leave but slaps her on the face as he goes by. He also reportedly insulted her.

Ms Saglem appears shocked by the blow and runs up to confront her attacker. In the tussle he then shoves her backwards and runs away, jumping off the bus.

She is then seen peering after him before collapsing on the floor of the bus, clearly upset. 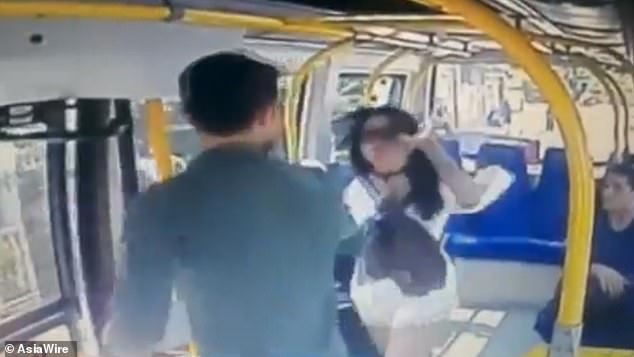 Ms Saglem tried to confront her attacker, but he pushed her away and ran off the bus 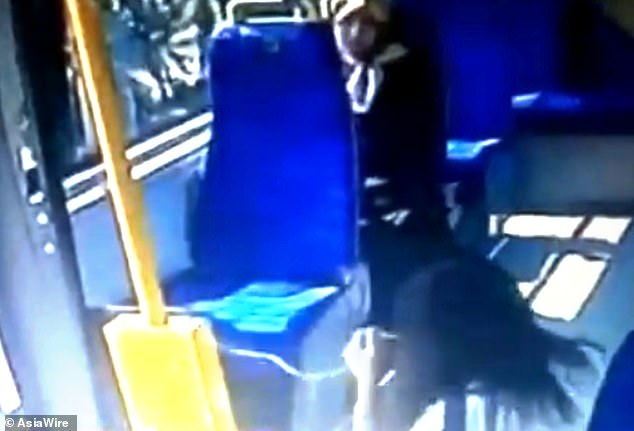 She can be seen in the bottom right corner of the bus crying, clearly upset at what had just happened

Ms Saglem told media at the time Kyzylatesh had been making comments from the moment she sat down.

‘From the moment I sat down he was making these remarks: “You dress like this during Ramadan? You should feel ashamed to be dressed like that”.’

After the incident, Saglam filed a legal complaint against her attacker.

He was briefly detained, but released after giving testimony saying he was ‘provoked’.

However, after widespread condemnation of his release, the case was taken to the courts before this week’s prison sentence was handed down.

It later emerged that this was not the first time the young man had carried out a similar attack, and it was revealed he had previously been jailed for three years and four months for a similar incident in which he allegedly stabbed another woman.