MAIL ON SUNDAY COMMENT: The EU must return to civility and stop playing spiteful, damaging games

Waves of spite, resentment and pointless revenge radiate from the EU headquarters in Brussels.

The mandarins in the Berlaymont building were already infuriated that any major European nation should actively pursue independence, take its own risks and sign its own treaties and trade deals with the rest of the globe.

Then in one of the first expressions of that freedom, a newly liberated Britain effortlessly outpaced the EU in the development, testing and launch of Covid vaccinations. 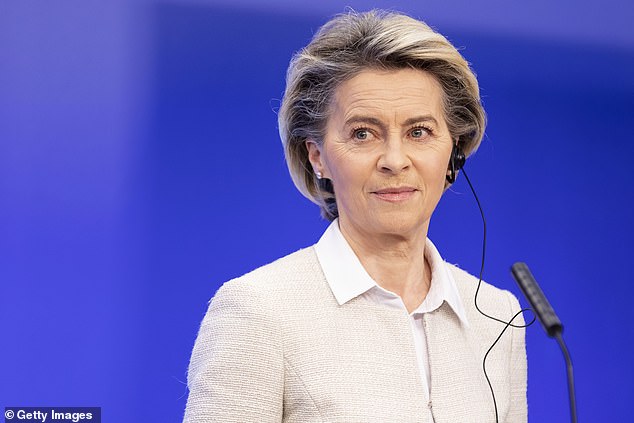 The response was not pleasure at a major success against the virus, let alone a desire to learn from it by making the EU less centralised and bureaucratic. It was sulky resentment.

The European superstate and its supporters in this country like to pose as the sophisticated adults in their relationship with the UK, which they increasingly dismiss as a noisy, raucous, ill-behaved troublemaker.

Yet the bloc’s behaviour since our departure in January has been anything but grown-up, and many Remainers have now begun to see the true face of an organisation they once admired.

First, there was the ridiculous suggestion of a hard border on the island of Ireland, to make it more difficult for us to import vaccines made in the EU, which we had contracted for in timely and honourable agreements.

That blew up in the faces of the EU’s leadership, alienating even the normally keenly pro-Brussels Dublin government, and nationalists in Northern Ireland.

But far from learning from this lesson, the EU apparatus is now making new difficulties for Britain.

The attitude is typified by the famous snatching of ham sandwiches from British lorry drivers by Dutch customs officials, an absurd abuse of power to make a petty point.

But such things are not always petty. The EU’s treatment of our shellfish industry, which The Mail on Sunday describes in grim detail today, is especially damaging.

Officials are subjecting suppliers, who have for years sold their goods to eager customers in the EU, to regulations designed to protect against unscrupulous or unhygienic traders.

The result is either heavy new equipment costs, which may put such firms out of business, or needless delays which prevent the goods reaching their buyers on time. 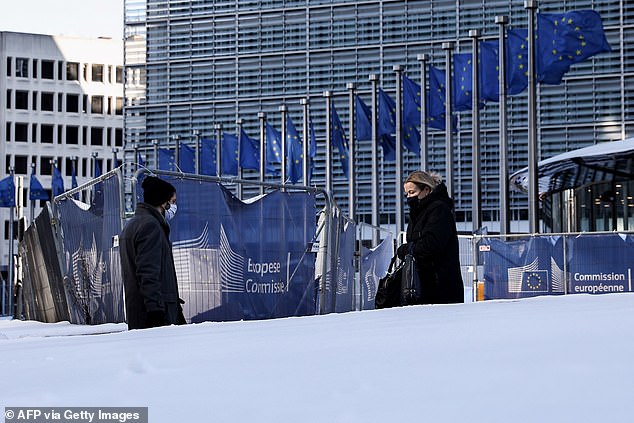 The mandarins in the Berlaymont building were already infuriated that any major European nation should actively pursue independence, take its own risks and sign its own treaties and trade deals with the rest of the globe

Britain insists such problems were foreseen and avoided in the detailed negotiations which led to our final deal, and can produce documents to prove it.

And it has to be asked, what the point of such obstructions to trade could possibly be, except retaliation and deterrence against any other nation which might be thinking of taking the route of independence and sovereignty.

These actions hurt businesses and consumers in the EU, as well as in Britain.

As for the imposition of a trade border between Northern Ireland and the British mainland, this was plainly intended to preserve Ireland’s relations with the Single Market, and prevent a border in Ireland itself.

It was not meant to open a breach between two parts of the UK.

But it appears it is now being interpreted in that way.

Our Government is far too sensible to retaliate in kind to this small-minded harassment.

Boris Johnson knows well what the spirit of the Brexit agreement was, and he will do all he can to prevent the outbreak of a pointless trade war between us and our friends and neighbours.

But the new team of Michael Gove and David Frost, now in charge of overcoming this, must insist that the EU returns to common sense and civility and stops playing these foolish, damaging games.