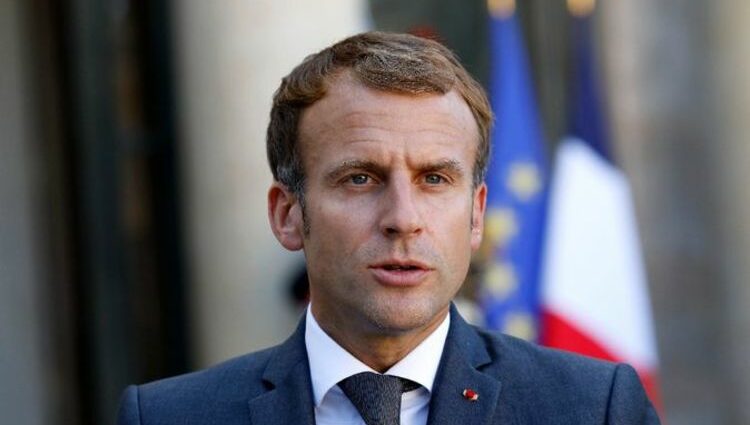 French President Emmanuel Macron has the power to cause a “major headache” for the European Commission amid the ongoing row between Paris and London over fishing arrangements in the English Channel after Brexit. France has threatened to slash energy exports to the Channel Islands in a dispute over the number of fishing licences been awarded to French trawlers. France24’s Dave Keating has argued in the event that France chooses to escalate the row, the EU Commission would be forced to take a “more active role.”

Mr Keating told France24: “I don’t get the impression that there was a lot of coordination between the Commission and Paris on this.

“This really feels like France acting on its own.

“And I get the impression that the Commission actually finds all of this sabre rattling unhelpful because this is taking place in the context of many treaty requirements that the UK is not fulfilling and the Commission really has its hands full, most especially with the Northern Ireland protocol.

“This fishing issue is relatively small, this is a small number of vessels we’re talking about here.”

JUST IN: Back off Macron! Time to BAN French fishing vessels

The Brussels Correspondent for France24 added: “It’s incredibly important to France, but to other EU member states, it’s not as important.

“That being said, I think that if this extends into the area of energy, the Commission is going to take a more keen interest here as I said, this is France’s right to block these imports and to have more thorough checks.

“But if France acts on its threat to start cutting off energy exports to the UK, to the island of Jersey, specifically or to the UK in general that is still France’s prerogative to do.

“But that would be a major headache for the Commission.”

“So I think the Commission is trying to stay out of things as much as possible,” he continued.

“They are trying to resolve the fishing disputes, but they’re trying not to come heavily on one side or the other here.

“But I think if France acted on the energy threats, the Commission would kind of be forced to take a more active role here.

“What that active role would be, I’m not quite sure.

“But in general, I don’t get the impression that this is a coordinated, good cop bad cop routine between the Commission and France.

“In fact, I think this is just very important to France and France is acting on its own.”

It comes amid a fierce row between the UK and France over fishing arrangements in the English Channel post-Brexit.

French authorities seized the British scallop trawler Cornelis on Thursday amid claims the vessel had been fishing in France’s waters without a licence.