He also told Express.co.uk that the movement was planning to field a candidate in next year’s presidential elections and would hold a referendum on EU membership if it won power. Fabrice Grimal has been a leading member of the Yellow Vests ever since the movement burst onto the French political scene in October 2018 demanding economic justice. He has become a key player in trying to turn the Yellow Vests from a social protest movement into a political force capable of winning power.

To that effect, he helped create ‘Le Gouv’ – an “alternative” Government with its own set of ministers – and devise its political programme.

Mr Grimal told Express.co.uk that the Euro had stripped France of its economic sovereignty and led to greater social inequality, as well as impacting the competitiveness of French industry.

“Because the Euro is an economic prison. 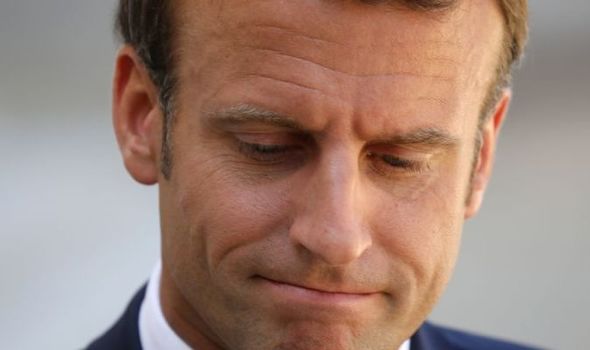 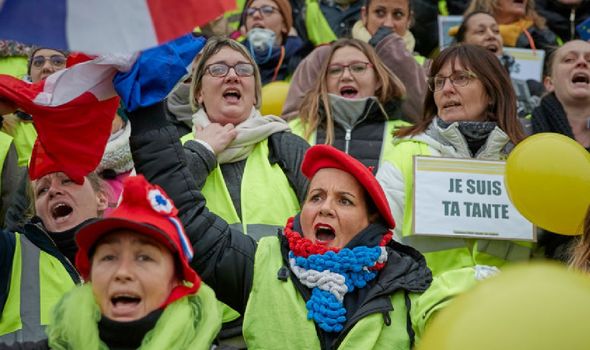 “We can not adjust our money to our economy to control inflation, so we have to adjust by lowering the wages, by lowering all our welfare state and also we have the factories that leave the country – we are not competitive with that kind of money.

“You cannot have real economic policies if you don’t have your own money.

“We want to make big changes in the economy, so we have to get back to our own money.”

The Yellow Vest activist predicted that France’s exit from the Euro would lead to its demise. 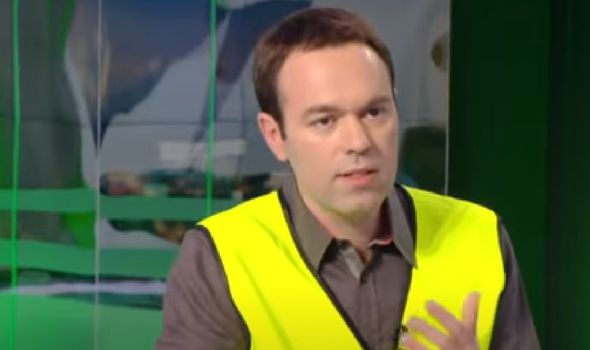 He explained: “Of course, if we leave it, it no longer exists – you don’t have a Euro without France, it is impossible.

“Germany will leave it as soon as we do it. But we have to do it.”

Mr Grimal said his organisation was planning to hold a primary to select a single candidate to contest next year’s presidential elections.

He said the Yellow Vests would be holding debates on how to proceed with their candidacy in the coming weeks, before embarking on a tour of the country to canvass the opinions of their supporters. 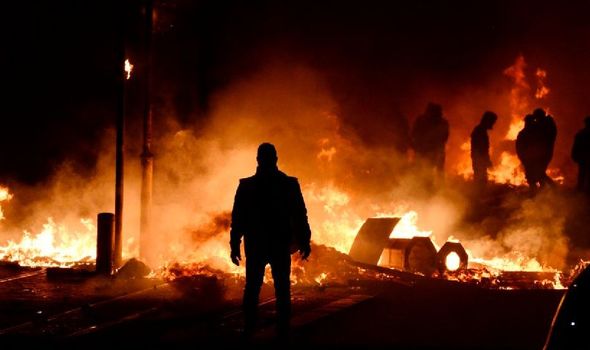 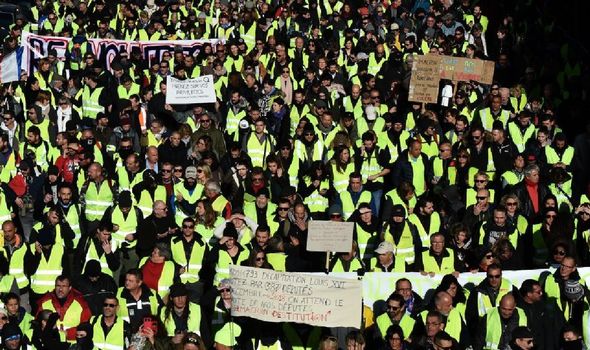 The movement is committed to the idea of direct democracy, whereby ordinary people can vote through referenda on what policies they would like a future Government to adopt.

French citizens will be allowed to vote on issues such as immigration and EU membership.

Mr Grimal, author of the book ‘Towards the Revolution’, said: “Another big policy is to make the French people regain power by the referendum – the RIC (Référendum d’Initiative Citoyenne) – and a lot of referenda on the policies – like for instance immigration.

“So we want people to vote about it and also it is a big thing about sovereignty, you know regaining power for the French state by leaving the EU, by nationalising some industries and saving the railroads and our power plants, our big energy company from being torn apart by the EU.”