A librarian has revealed they did rearrange books behind Boris Johnson during a speech to form a covert message, but the message wasn’t intended for him.

Eagle-eyed social media users claimed the librarian at the school in Leicestershire, where the Prime Minister made a speech yesterday, may have deliberately placed books such as ‘The Twits’ and ‘The Subtle Knife’ in the background of the broadcast talk to Year 7 students.

Now it has been revealed that the books were in fact a message, left by the school’s former librarian.

But the librarian, who left the role around six months ago, says it was actually intended for the school’s bosses.

Speaking to Huffington Post UK, the 48-year-old librarian, who asked not to be named, said: ‘It’s so bizarre, I actually feel a little bit sorry for the Prime Minister because it wasn’t ever intended for him – I did it as a message for the school management before I left in February. 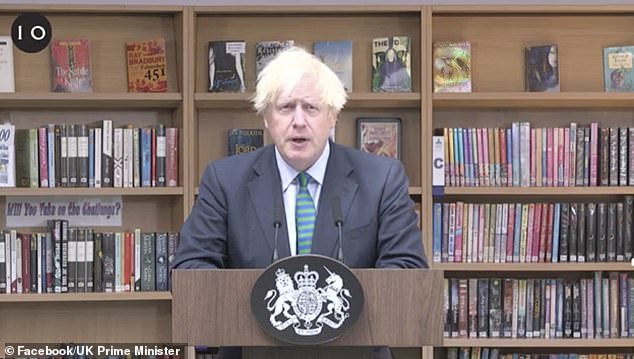 Did a disgruntled librarian take revenge on Boris Johnson today by displaying books with politically pointed titles behind him during his livestream speech?

‘It just became untenable to carry on working there because of the lack of support I had and I was left with no choice but to resign.

‘That’s why I decided to leave them a big message during my last week. They obviously never actually noticed, and it went untouched for six months.’

She added: ‘It was a covert message that was plain for all to see, but it turned out that the people I originally did it for didn’t see it – but I think they’ve seen it now.’

Bosses at the Apollo Partnership Trust, which has run the school as an academy since 2017, confirmed to Huffington Post UK that the member of staff in question had left the school in February 2020, that they were unaware of any ‘covert message’ and that the library had ‘not been used in five months’.

The Prime Minister was speaking at Castle Rock School in Coalville, Leicestershire, on Tuesday, where he told a roomful of Year 7 pupils at a Leicestershire school it is politically acceptable to sing Rule Britannia and ruled that Harry Potter is not sexist.

Mr Johnson also told students how important it was they got back into classrooms in September during the speech, which was put on Facebook.

But internet sleuths spotted books on display behind him with pointed titles and suggested that the librarian had used the moment to ‘troll’ the beleaguered PM.

Lining the bookshelf were novels including Roald Dahl’s The Twits, Philip Pullman’s The Subtle Knife and Betrayed by PC Cast and Kristin Cast. 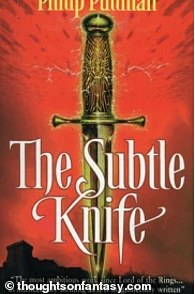 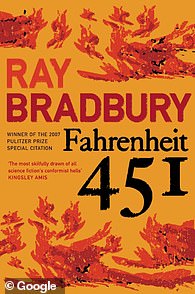 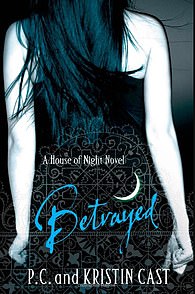 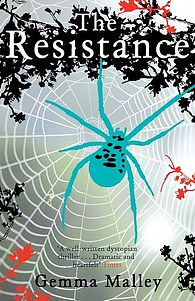 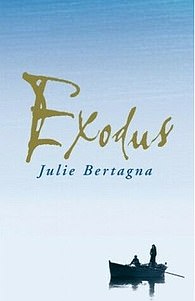 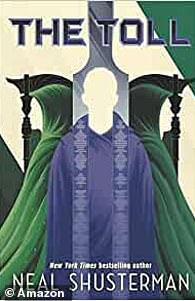 Also on the bookshelt were Gemma Malley’s The Resistance (left), Exodus by Julie Bertagna (centre) and Neal Shusterman’s The Toll (right) 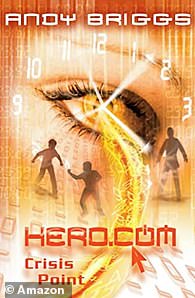 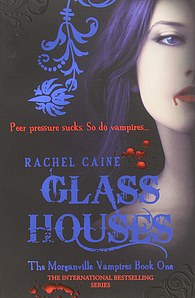 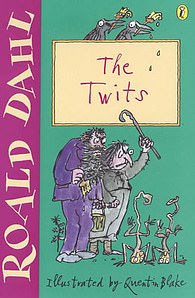 Ray Bradbury’s Fahrenheit 451 – a dystopian novel about a future American society where books are outlawed – stood prominently behind the PM’s shoulder.

Guards! Guards! by Terry Pratchett, a novel about a plot by a secret brotherhood to overthrow a corrupt patrician and install a puppet king, was also in view.

‘Never mess with a librarian’: Books used to take a pop at Boris during his livestream speech to the nation

Philip Pullman’s 1997 second novel in the His Dark Materials series continues the adventures of Lyra Belacqua as she investigates the mysterious Dust phenomenon.

Fahrenheit 451 is Ray Bradbury’s 1953 dystopian novel, presenting a future US society where books are outlawed and ‘firemen’ burn any that are found.

Betrayed is the 2007 second novel of the House of Night vampire fantasy series, written by American authors PC and Kristin Cast.

The Resistance is a children’s novel by Gemma Malley, published in 2008. Prior to the events of the novel, the world had become overpopulated due to a drug that lets people live forever.

Julie Bertagna’s Exodus from 2002 is a story about dispossessed migrants who escape their island due to rising sea levels caused by global warming.

Last year’s The Toll by Neal Shusterman is the epic conclusion to the New York Times bestselling Arc of a Scythe series, set against the backdrop of a dictatorship that puts a constitution to the test.

Andy Briggs’ Hero.Com: Crisis Point, released in 2011, takes place in a world of superheroes, where the Hero Foundation is a shadow of its former self and supervillain Lord Oeon schemes to tear time apart.

2006’s Glass Houses by Rachel Caine is a young adult urban fantasy/vampire novel which revolves around Claire Danvers, a student at Texas Prairie University, and her housemates in the vampire-controlled city of Morganville, Texas. While the mayor of Morganville is human, the town is actually run in cooperation with a group of vampires.

Roald Dahl and Quentin Blake’s witty book The Twits, published in 1980, is about a hideous, vindictive, spiteful couple who live together in a brick house without windows. They play nasty practical jokes on each other out of hatred for one another.

Terry Pratchett’s Guards! Guards!, from 1989, is about a plot by a secret brotherhood to overthrow a corrupt patrician and install a puppet king.

Tolkien’s classic mythology The Lord Of The Rings (1954) follows hobbits sent on a quest to destroy the One Ring and bring the terror posed by the Dark Lord Sauron to a final end.

Fifth along the bookshelf was Julie Bertagna’s Exodus, a story about dispossessed migrants who escape their island due to rising sea levels caused by global warming.

Rachel Caine’s vampire novel Glass Houses stood second from the right, with some suggesting it could be a reference to the proverb ‘those who live in glass houses should not throw stones’ – itself a comment on the PM’s criticism of Ofqual.

And Charles Dickens’ Oliver Twist – famous for its line ‘Please, sir, I want some more’ – may have been placed just to the left of Mr Johnson to remind people of this Government’s free school meals U-turn earlier this year.

Twitter accounts lined up to praise whoever selected the books – with some believing it was the school librarian – for their ‘supreme trolling’.

One social media user said: ‘Why are politicians so bad at this? You’d think they’d have checked. They appear to be as bad at the small stuff as the big.’

‘It has been noted that the Subtle Knife; Glass Houses; The Toll (about a monstrous dictator); and Guards Guards (about a shady villain installing a puppet king) are all there too. It looks like it’s been carefully curated!’ one posted.

Another said ‘some top trolling by the school librarian’ while one account posted: ‘Never mess with a librarian’.

‘Whichever librarian managed to get not just the ‘The Twits’ but also ‘Betrayed’; ‘Resistance’ and ‘Fahrenheit 451′ in the shot behind Johnson has my admiration’, one social media user said.

Another commented: ‘Got to be the worst politicians Zoom bookshelves ever. Except what’s that in the top, right hand corner, ‘The Twits’. School librarian has a sense of humour’.

‘If the librarian had also managed to find space for The Plague, and Paradise Lost, it would have been a full house’, another Twitter account posted.

Mr Johnson’s rambling remarks came as he attempted to strike a tone of credibility after his government’s disastrous handling of the exams fiasco.

In an address lasting under seven minutes, the maskless PM apologised for A-Level and GCSE exam results affected by a ‘mutant algorithm’ that forced an embarrassing U-turn last week.

He told the students: ‘From now on, from getting back into school, the hours and days and weeks of this new term, you will experience things with an intensity and clarity, believe me, that is seldom repeated in your lives.

‘You’ll remember these days and weeks and months, you really really will.

‘And when you have been struggling with something in the classroom or whatever, some concept that you cannot get, like the supine stem of confetti or nuclear fusion or is Harry Potter sexist? Answer: no, by the way. Is it politically acceptable to sing Rule Britannia? Yes …

‘When you are struggling with complex questions, or something that you are worried about, somebody very probably a teacher, a brilliant teacher, will say something and a light will go on, the clouds will lift and you will never, ever forget that moment. That moment is absolutely irreplaceable. It is invaluable and it can only happen in school.’

‘No previous generation of pupils has ever done anything like this.’

Now, he said, ‘the risk to your health is not from Covid because, after all, statistically speaking, your chances of suffering from that disease are very, very low’.

‘The greatest risk you face now is of continuing to be out of school,’ he added.

Boris Johnson fired the top civil servant at the Department for Education today saying ‘fresh official leadership’ was needed after the A-Level and GCSE exam fiasco.

Jonathan Slater has been effectively removed from his post and will leave on September 1, it was announced today, 24 hours after Ofqual chief executive Sally Collier resigned from her post in the wake of the grading U-turn.

It means that of the people in the top positions overseeing the grading for exams that were not sat because of coronavirus, only Education Secretary Gavin Williamson remains in his post despite numerous calls for him to go.

Boris Johnson has resisted pressure to get rid of his bumbling minister, with suggestions that the former chief whip, who worked on his leadership election campaign, ‘knows where the bodies are buried’.