Kyiv, where citizens are bravely carrying on, is in flames again 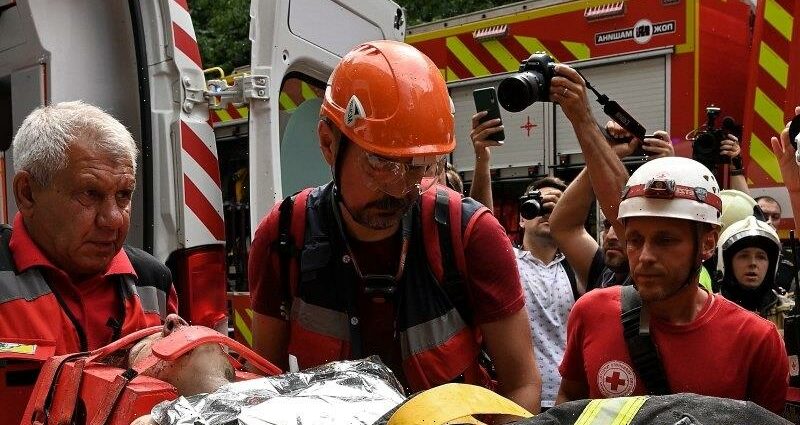 Kyiv: For days, there had been talk that Vladimir Putin would attack the Ukrainian capital as revenge for the EU last week granting Ukraine candidate status.

But the people of Kyiv went about their business as if that wouldn’t happen. 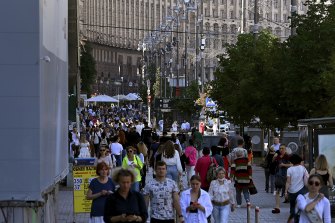 Crowds of people walk along Khreschatyk Street in Kyiv. Only months ago the street that leads to Maidan Square was all but empty.Credit:Kate Geraghty

In balmy summer weather, they packed the streets, cafes, restaurants, parks and beer gardens. They shopped, they drank and ate with friends and family. In the long months since the city was under attack in March, they have been getting on with life as best they can.

Maidan, the capital’s central square in the heart of the city, bustled with locals. Walking up the wide avenue into the square, I followed the path that Ukraine started eight years ago.

This is where protests kicked off a revolution against the country’s then pro-Russian government after it refused to sign an association agreement with the European Union in 2014.

But as I stood there in the crowds, Putin met with Belarusian President Alexander Lukashenko to discuss their next round of punishment for Ukraine. 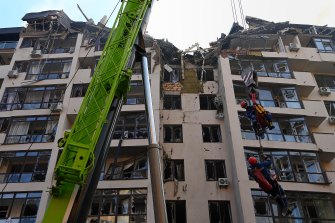 During a recovery operation, emergency search and rescue personnel are lifted by a crane to the top of apartment building that was hit by a missile attack on June 26 in the Shevchenkivs’kyi district central Kyiv.Credit:Kate Geraghty

The next morning, four missiles were fired from the Caspian Sea, crashing down over a neighbourhood in the centre of the city at 5am. They obliterated apartment buildings and a kindergarten, killing at least one person.

Smoke and the smell of burnt flesh filled the air as we approached the ruins of a nine-storey building.

A woman named Yekaterina Volkova was still trapped in her destroyed apartment after her child was rescued.

Emergency service workers entered the top floor of the burning building on a crane. An hour later, they carried Volkova out on a stretcher. Two space blankets and a jacket covered her body and her head was in a brace. A loved one watched on in tears. 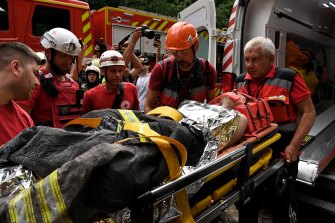 Emergency services rescue Yekaterina Volkova from an apartment building in Kyiv that was hit by a missile attack.Credit:Kate Geraghty

A government official, Anton Heraschenko, held up the woman’s burnt passport showing she is a Russian citizen. Putin, he said, is killing his own people.

“Unfortunately, the risk is always there,” he said. 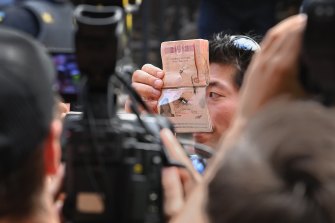 The damaged Russian passport of Yekaterina Volkova, who was rescued from the bombed apartment building, was shown to media.Credit:Kate Geraghty

Kyiv, one of the great cities of Europe, was in flames yet again.

But the nation’s trauma has only ever been thinly concealed by brief moments of peace.

The satellite towns of Bucha and Vorzel were Russian-occupied only a few months ago. Thousands of war crimes are believed to have been committed here including abductions, beatings, torture, looting, murder and rape.

In a cemetery in Bucha, many of the graves are just marked with numbers; the bodies still unidentified.

In areas like Irpin and Borodyanka, bombed-out factories and apartment buildings dominate the streetscape. It will take decades to properly rebuild. Psychologically, many people won’t recover.

Throughout the country, thousands of Ukrainians still don’t know what happened to their loved ones – whether they are in a Russian prison or are already dead.

But most pressing is the atrocities and destruction still taking place all around the country. This nation isn’t merely recovering from trauma; it is well and truly still living it.

In the eastern Donbas region, Russia is brutally making a steady advance.

Thousands of people have been terrorised into fleeing cities such as Sloviansk and Lysyichansk, once big industrial hubs that are now mostly hollowed out.

Back in Maidan square, scores of little Ukrainian flags are scattered on the ground, some bearing the faces of Ukrainians killed since the invasion.

Another sign says Ukraine needs military equipment and personnel from all nations, with the Australian flag in the middle among many other flags, perhaps in anticipation of Prime Minister Anthony Albanese’s expected visit next weekend.

After the latest missile attacks, Albanese may decide not to make what is becoming a rite of passage for world leaders.

If he does come, he should understand this: nothing about Kyiv is normal. And just because ordinary Ukrainians are trying to get on with life, it doesn’t mean the rest of the world should as well.