KIM Jong-un has issued a chilling warning to the West as he prepares to fire a nuke at any moment.

It comes despite the US vowing to "respond quickly" with allies should the North Korean dictator press ahead with a nuclear bomb test. 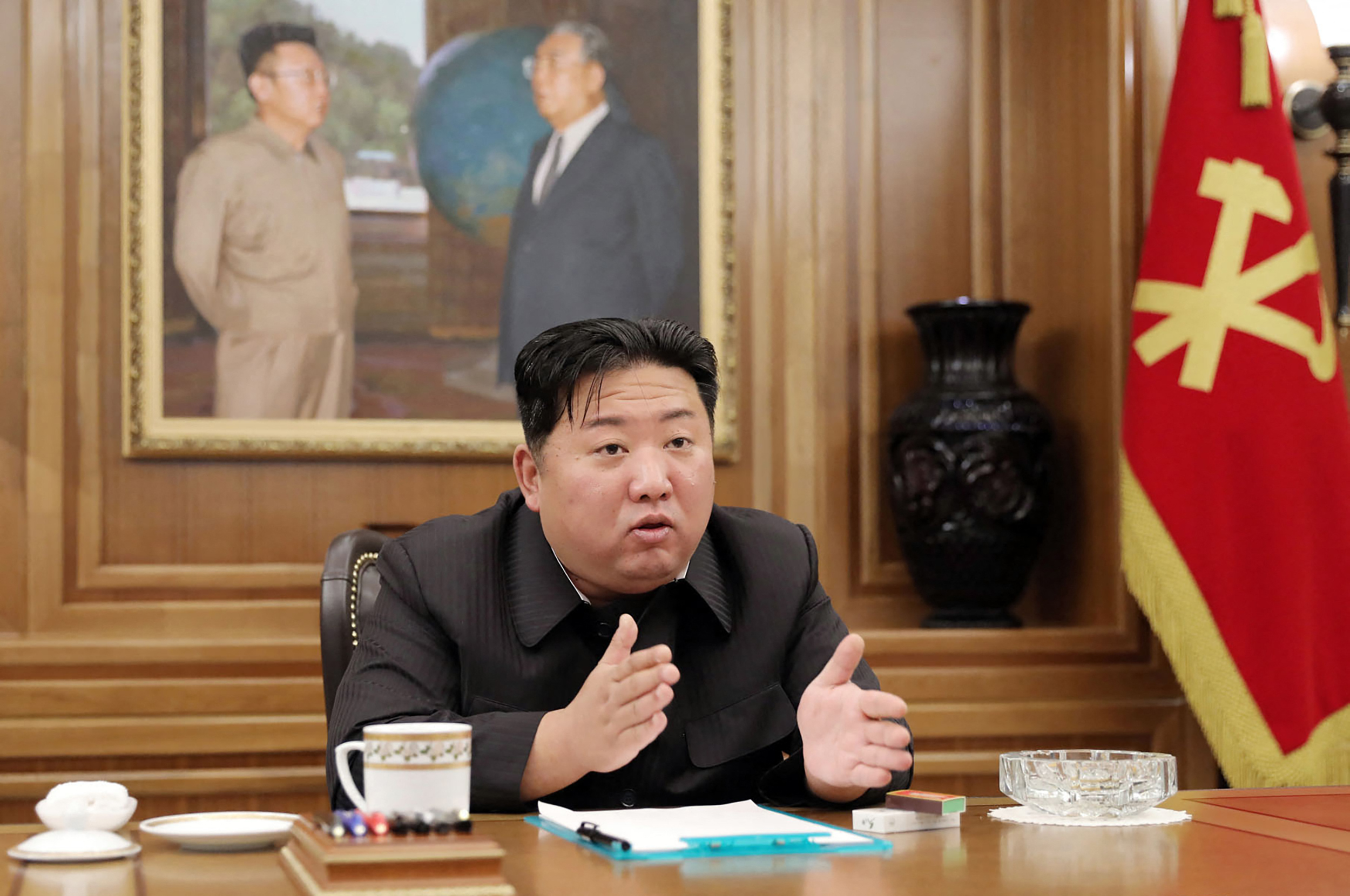 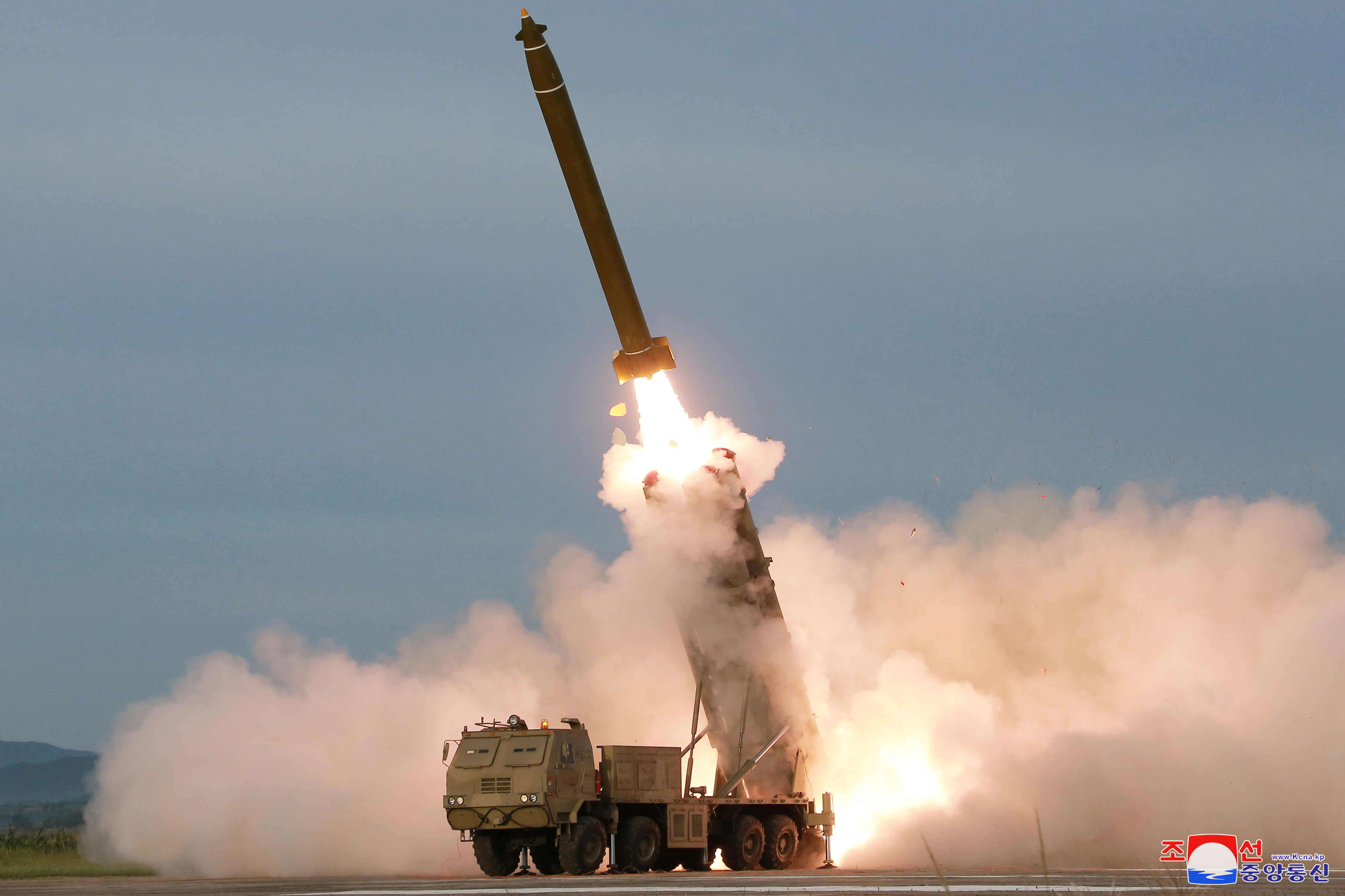 South Korean Foreign Minister Park Jin said North Korea has now completed preparations for a new nuke drill – and that only a political decision from the ruler could halt it.

But the top diplomat warned the North would pay a severe price if it goes ahead following talks with Secretary of State Antony Blinken in Washington amid fears Kim could unleash his seventh nuke test within days.

Last week, US and South Korean officials had said only that the North was nearing completion of such preparations and urged Kim to "make the right decision".

Park said: "If North Korea ventures into another nuclear test, I think it will only strengthen our deterrence and also international sanctions. 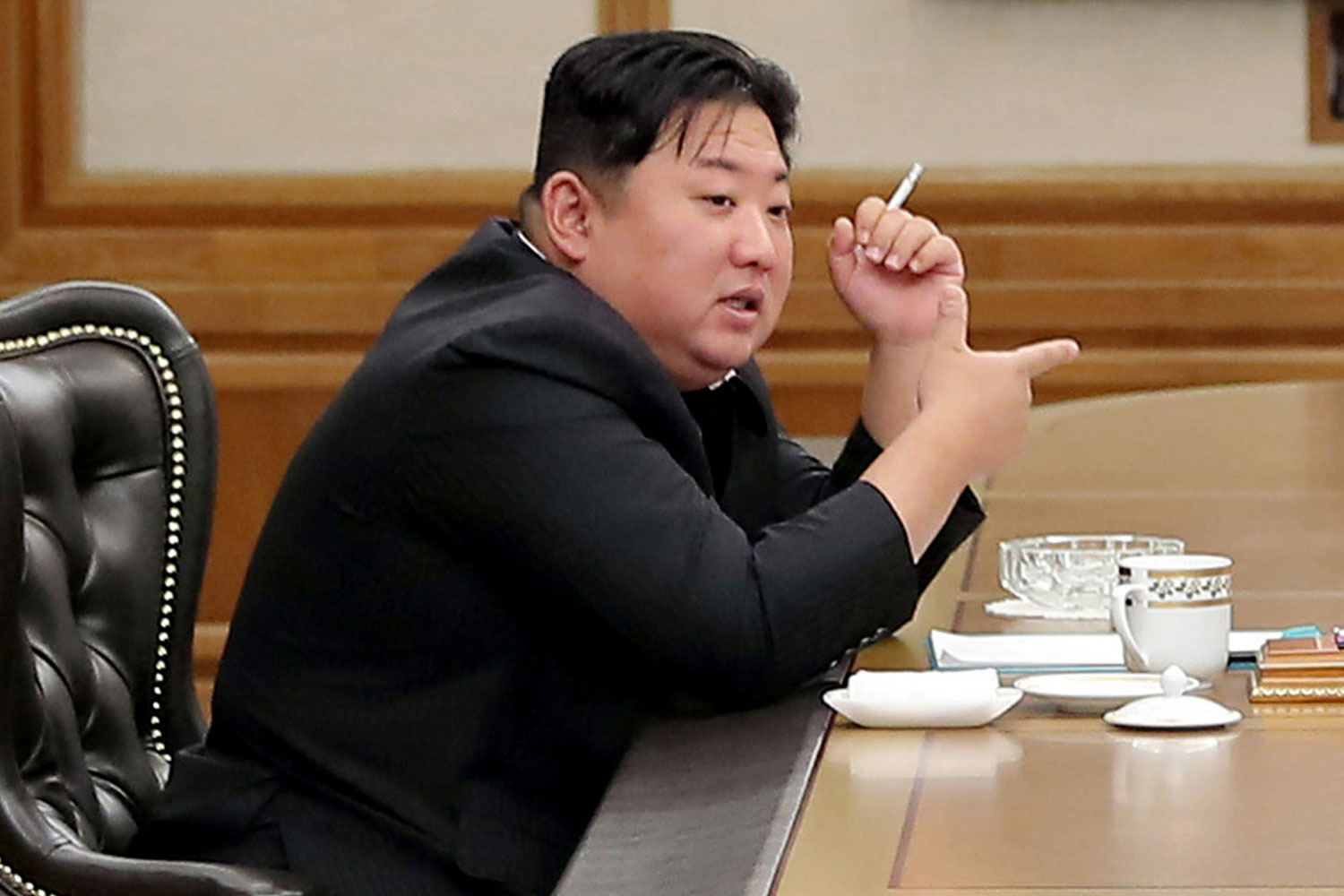 "North Korea should change its mind and make the right decision.”

Apart from stinging the North with sanctions, Park did not reveal what the state would suffer or outline how the deterrence policy would change.

But Blinken said the US and treaty allies South Korea and Japan could adjust their military postures in response.

He said: "We’re in very close touch with our close allies and partners starting with the Republic of Korea — also with Japan and others — to be able to respond quickly should the North Koreans proceed with such a test.

I was so jealous of my wife & Gemma, I needed counselling, says Michael Owen

“We’re preparing for all contingencies in very close coordination with others and we are prepared to make both short and longer-term adjustments to our military posture."

He added that in addition, “the pressure will be sustained, it will continue and, as appropriate, it will be increased.”

Both Park and Blinken stressed the door to negotiations without any preconditions remains open for Kim, who on Sunday was snapped puffing on a cigarette as he held a meeting after firing long-range guns into the sea near South Korea.

But Blinken, repeating comments from numerous US officials in recent days, lamented that North Korea continues to ignore overtures for dialogue.

On Sunday, North Korea test-fired what appeared to be artillery shells toward the sea, according to South Korea’s military, days after Kim called for greater defense capability to cope with outside threats.

Kim, 38, has conducted more missile launches so far this year than in any other previous year in an alarming warning to Seoul and Washington.

Its forward-deployed long-range artillery guns are a serious security threat to South Korea’s populous metropolitan region, which is only 25-30 miles from the border with the North.

Earlier this month, North Korea fired eight ballistic missiles from multiple locations at the same time as Kim boasted that he would "shake the world" with yet more missile tests.

Analysts have warned Kim could speed up nuclear testing plans to distract North Korea's population from the disastrous Covid outbreak.

It comes amid a spate of weapons tests by North Korea this year in what foreign experts call an attempt to pressure its rivals to relax international sanctions against Pyongyang.

In March, North Korea test-launched an intercontinental ballistic missile capable of reaching the mainland US in breach of a 2018 moratorium on big missile tests.

Meanwhile, US and South Korean officials previously warned of signs of new construction at North Korea's only nuke test site – which has been officially shuttered since 2018.

Satellite images by Maxar from March appeared to show repair work happening at the Punggye-ri site. 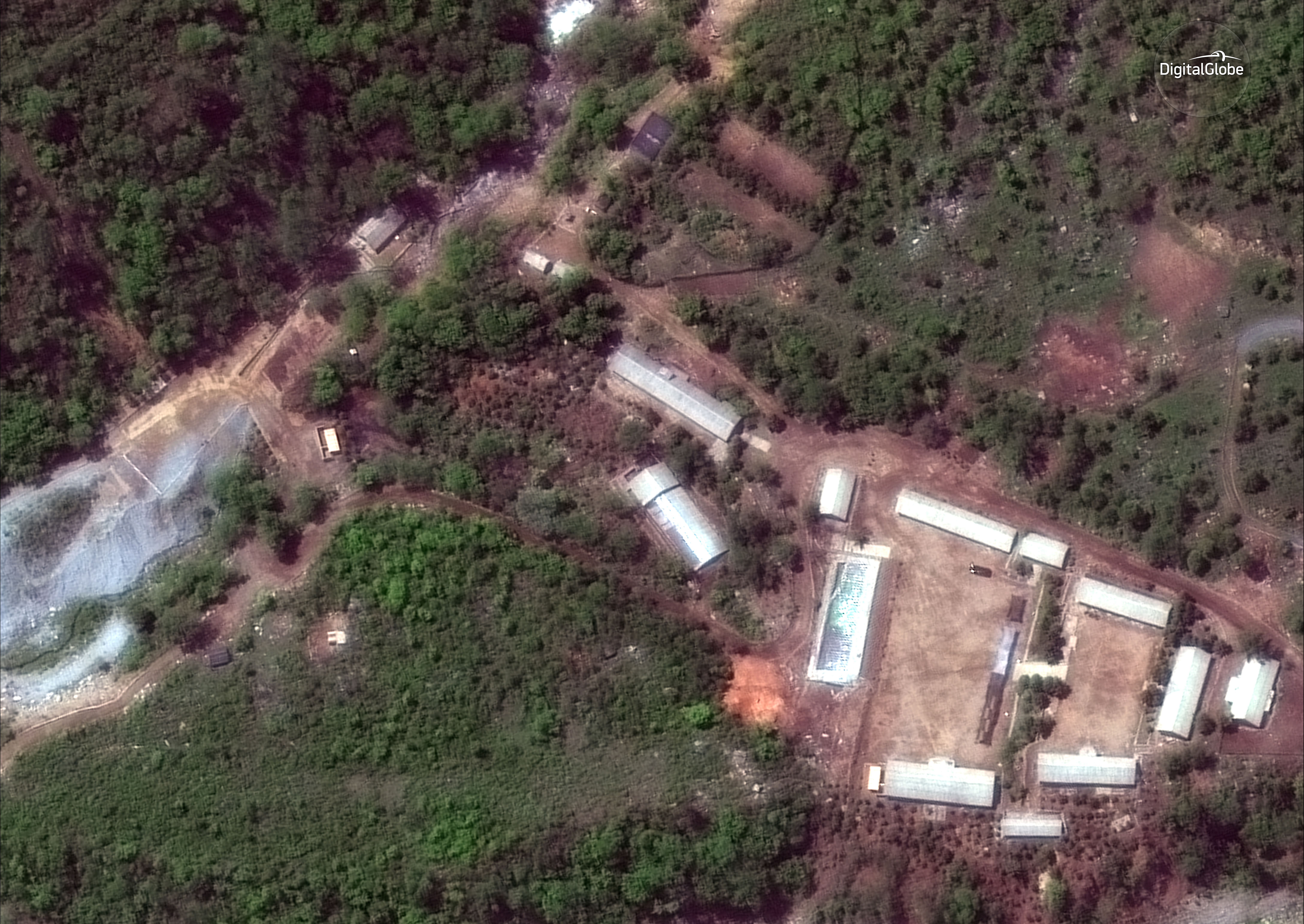 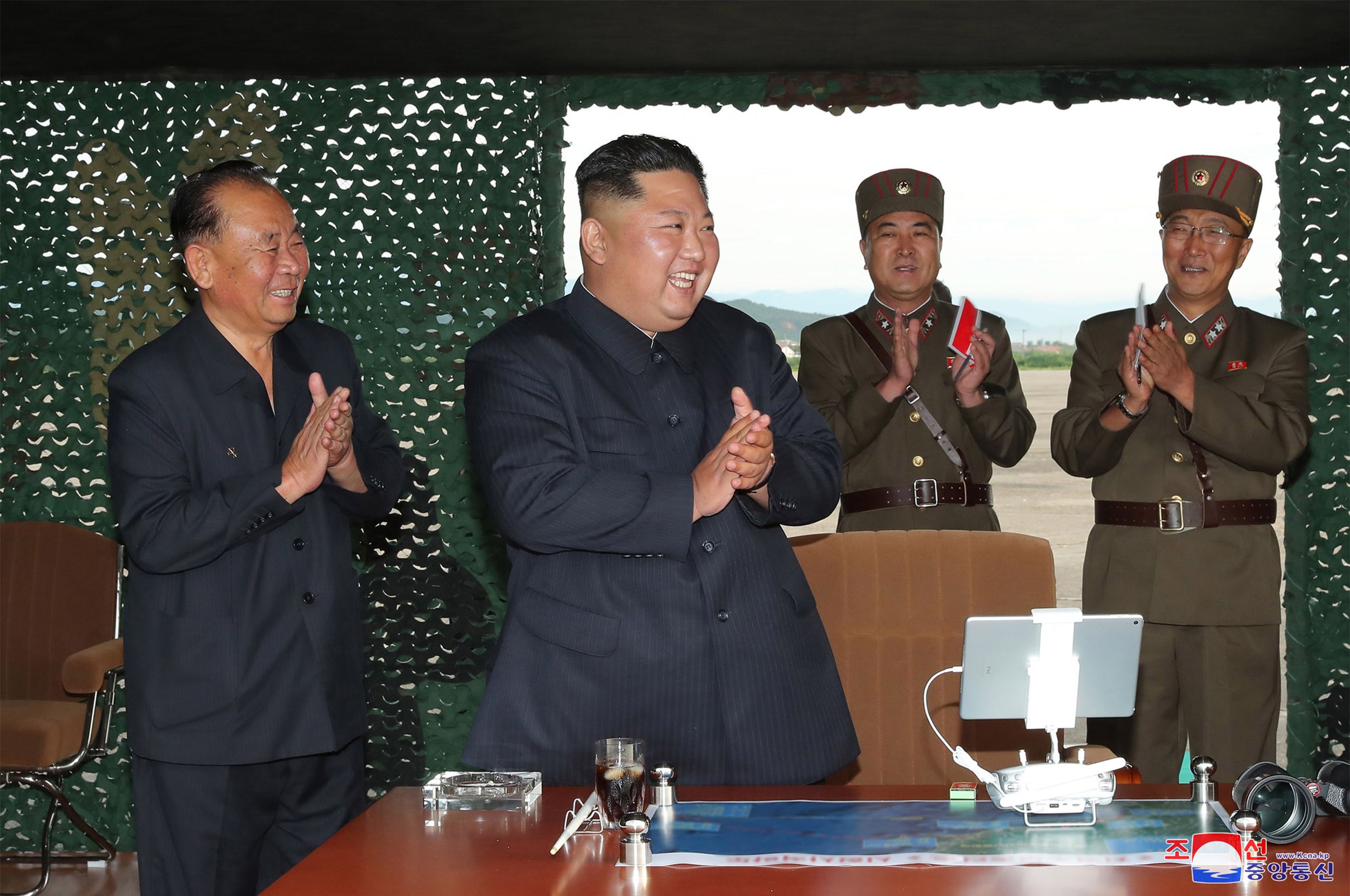 Lates News:
2022-06-14
Previous Post: Brexit POLL: Would YOU vote in a Brexit referendum on REJOINING the EU?
Next Post: Shocking moment white van man smashes into pensioner in fatal crash