Dozens of Julian Assange supporters including his father and Vivienne Westwood gathered outside the Old Bailey in London today, where the WikiLeaks founder is set to continue his fight against extradition to the US.

The 49-year-old, who has been in high-security Belmarsh Prison for 16 months, is wanted in the US over the publication of hundreds of thousands of classified documents in 2010 and 2011.

This morning he appeared in court for the first time in months, facing 18 charges – including plotting to hack computers and conspiring to obtain and disclose national defence information.

Appearing in court clean shaven with spectacles perched in his short cropped hair, Assange spoke to confirm his name and date of birth at the start of the hearing.

He formally said he did not consent to extradition, following a fresh indictment lodged in the US.

The allegations include that Assange conspired with army intelligence analyst Chelsea Manning to crack a scrambled password, known as a ‘hash’, to a classified US Department of Defence computer.

If convicted, he faces a maximum possible penalty of 175 years in jail. 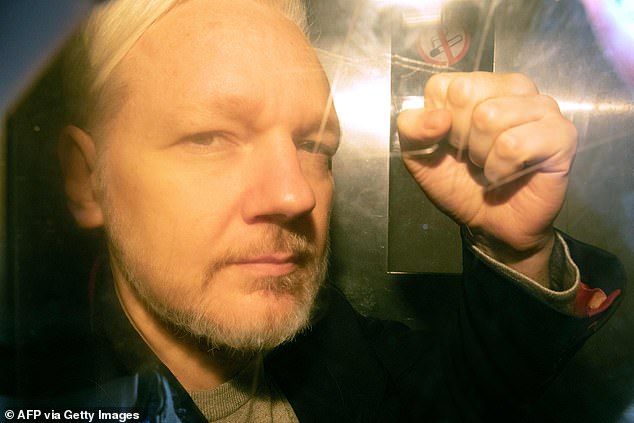 Julian Assange, pictured in May 2019, faces 18 charges – including plotting to hack computers and conspiring to obtain and disclose national defence information 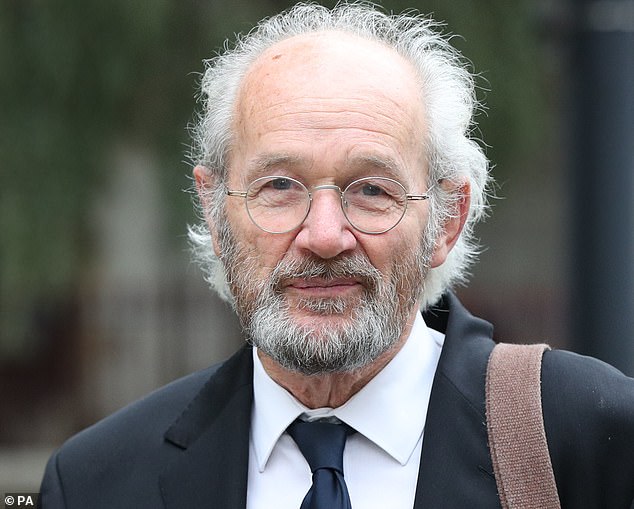 John Shipton, Mr Assange’s father, was seen arriving at the Old Bailey today ahead of his son’s extradition hearing 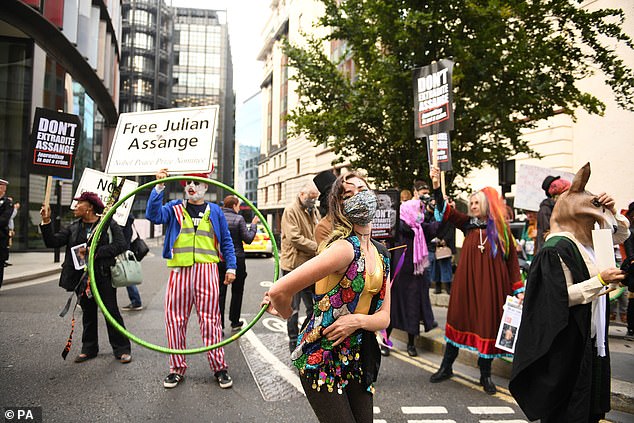 Assange’s supporters have accused the US administration of targeting the Australian national for ‘political’ reasons after WikiLeaks exposed alleged war crimes and human rights abuses.

Dozens of supporters, including his father, John Shipton, gathered outside the Old Bailey on Monday, where a small stage has been erected for a planned protest.

Addressing crowds outside the court, Mr Shipton said: ‘Julian has two young children, what concerns me today is the rights of those children.’

As he showed crowds a picture of Assange and his partner Stella Moris, Mr Shipton said: ‘Julian hasn’t seen those children for six months.

‘They weren’t allowed to embrace their father under the regulation that if they touched each other Julian would have to spend two weeks in self-isolation, in quarantine, in jail, as if circumstances are not dire enough.’ 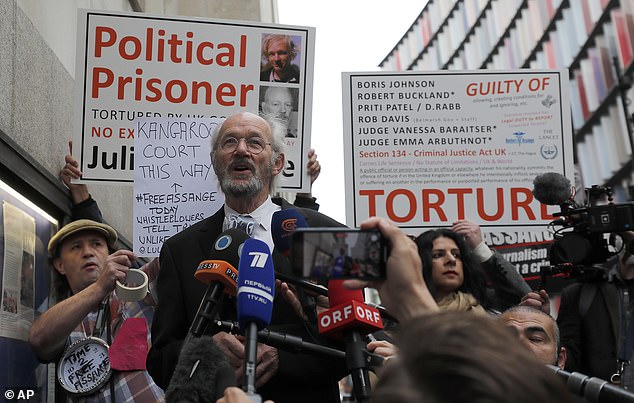 Mr Shipton spoke to crowds outside the court in London on Monday, before his son’s extradition hearing got underway 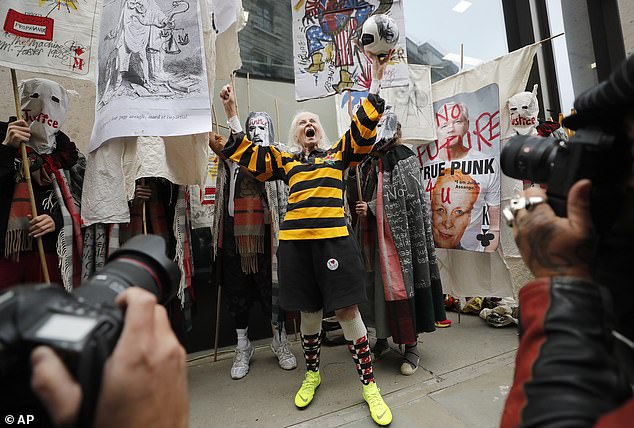 He described the extradition hearing as an ‘abuse trial’, adding: ‘The insistence, the malice that constantly falls like a Niagara upon Julian is just appalling, and indicates to us that the administration of justice here is enfeebled.’

Demonstrators roared in applause as speeches demanded the Government free Assange, while some banged drums and carried banners.

‘Julian Assange is the trigger, he is shining the light on all the corruption in the world.’

She added: ‘We’ve got to protect human rights, the establishment is corrupt, they will not listen to Julian.’

A mobile billboard van drove past featuring a ‘Don’t extradite Assange. Journalism is not a crime’ slogan and a picture of his face.

Supporter Lise Brand, 56, from Surrey, said: ‘He is looking at 175 years in American prison, I don’t hold any hope. 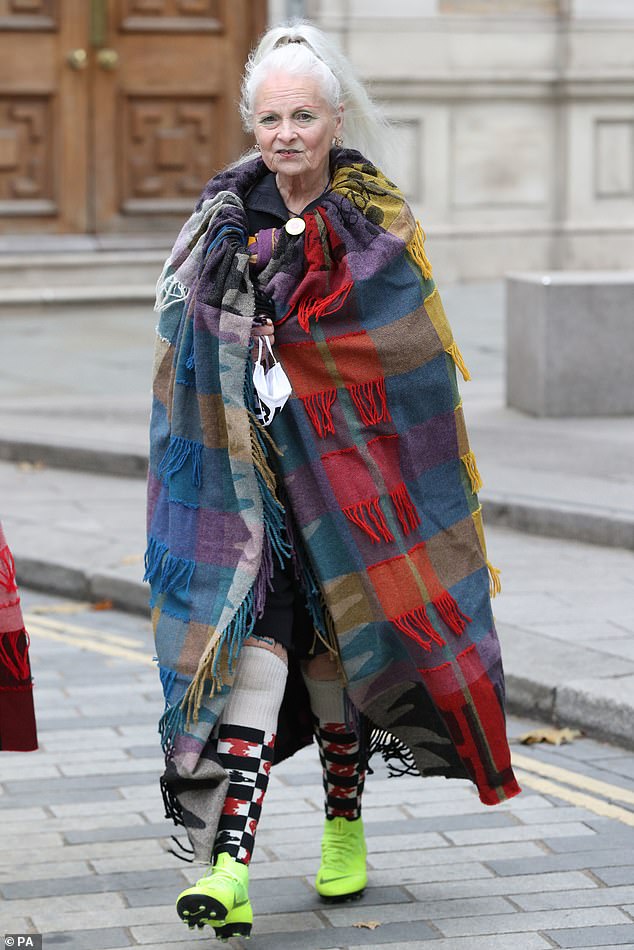 ‘The UK government and justice system has treated him so badly.’

Meanwhile, Assange’s partner Stella Moris arrived at Downing Street in a bid to deliver a Reporters Without Borders petition against the extradition, which has been signed by around 80,000 people.

Last month, she launched a Crowdjustice campaign to help fund his defence which has now topped £100,000.

Speaking on Sunday, Ms Moris, who has two young sons with Assange, described the possible impact on their family.

She said: ‘To the boys, Julian has become a voice on the telephone, not their father whom they can see and hug.

‘It is heartbreaking to think that if Julian is extradited and put in a US super-max prison, the boys will never get to know their father and he will never see them grow up. 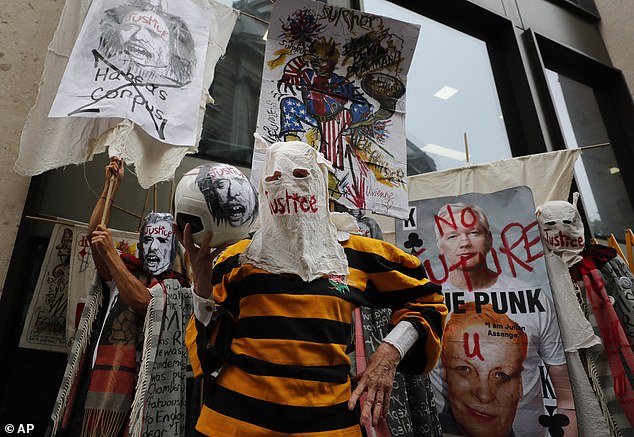 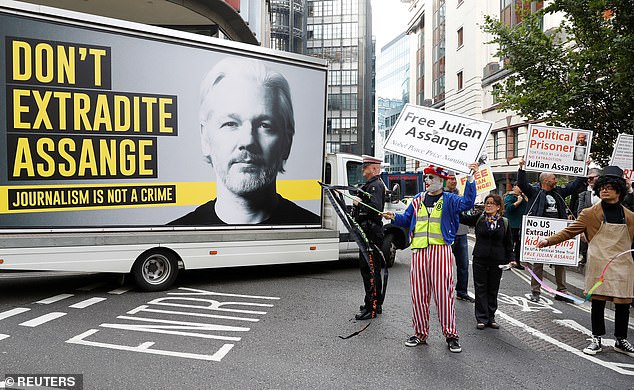 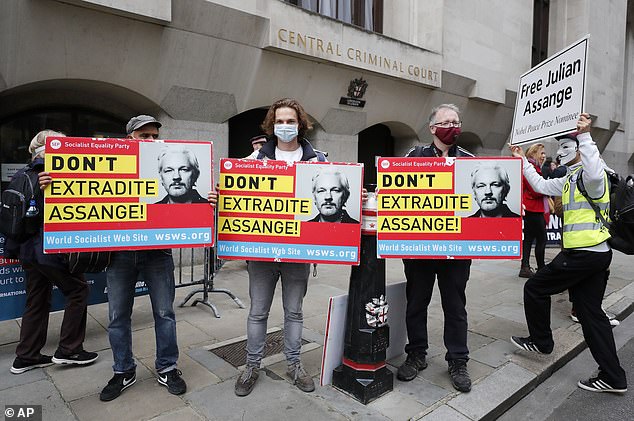 ‘That is what is at stake for us as a family. But there are also much bigger issues that we are fighting for.

‘Julian’s case has huge repercussions for freedom of expression and freedom of the press. This is an attack on journalism.

‘If he is extradited to the US for publishing inconvenient truths about the wars in Iraq and Afghanistan then it will set a precedent and any British journalist or publisher could also be extradited in the future.’

The extradition case, which was delayed due to the coronavirus pandemic, is being heard by District Judge Vanessa Baraitser at the Old Bailey.

It is expected that dozens of witnesses will be called to give evidence over four weeks, with the judgment likely to be delivered at a later date. 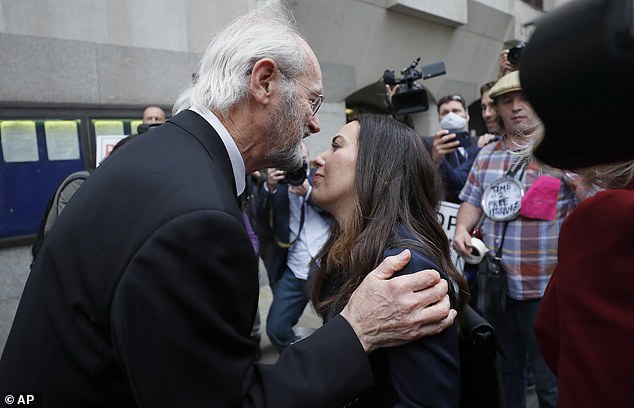 Mr Assange’s father, John Shipton, and partner Stella Moris, greeted one another outside the court 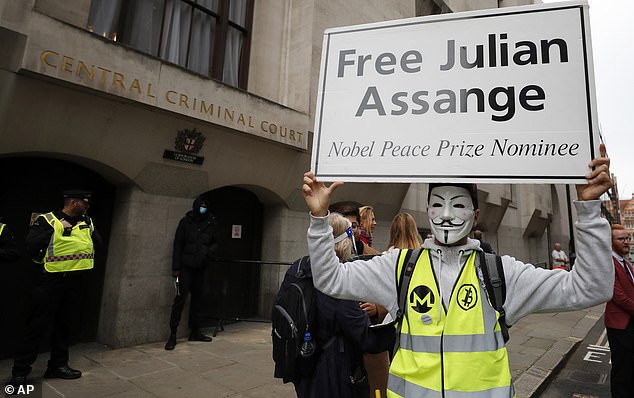 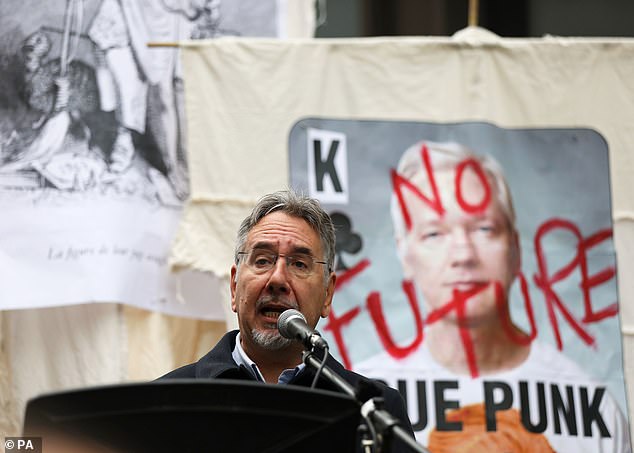 Activist and writer John Rees spoke outside the court building in London, ahead of the extradition hearing

Assange’s legal team is being spearheaded by Edward Fitzgerald QC, with James Lewis QC acting for the US authorities.

No journalists are allowed in court for the hearing because of Covid-19 restrictions, with some observing by videolink from another room in the building and others provided with a remote link.

District Judge Vanessa Baraitser warned against a repeat of an incident at an earlier hearing in Woolwich Court Court in which a photograph of Assange in the dock was taken and posted on social media, against strict court rules.

The judge added that she had revoked access to the remote video link to some individuals who had been sent it ‘in error’.

Assange has been held on remand in Belmarsh prison since last September after serving a 50-week jail sentence for breaching his bail conditions while he was in the Ecuadorian embassy in London for almost seven years. 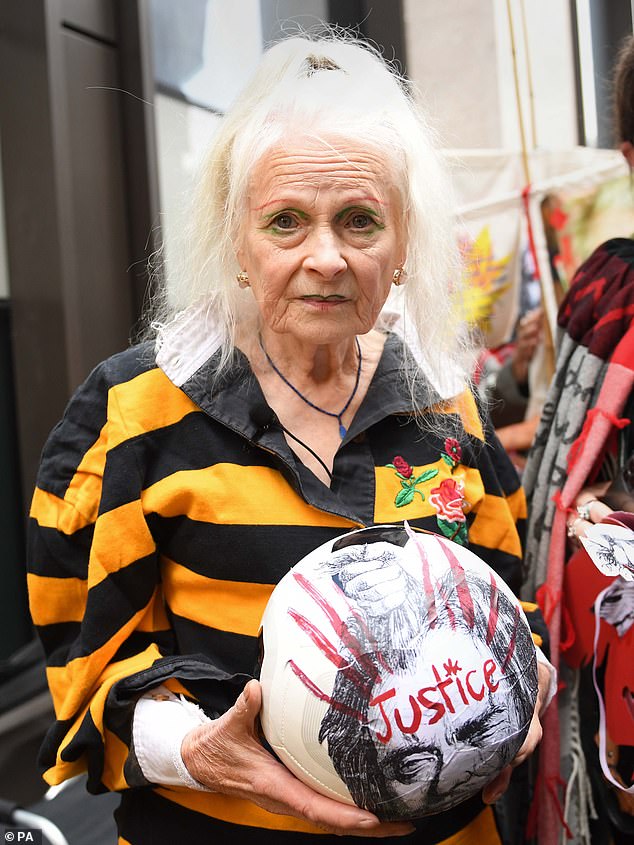 Westwood arrived in a striped jumper and bright yellow football boots, carrying a ball with ‘justice’ written in red 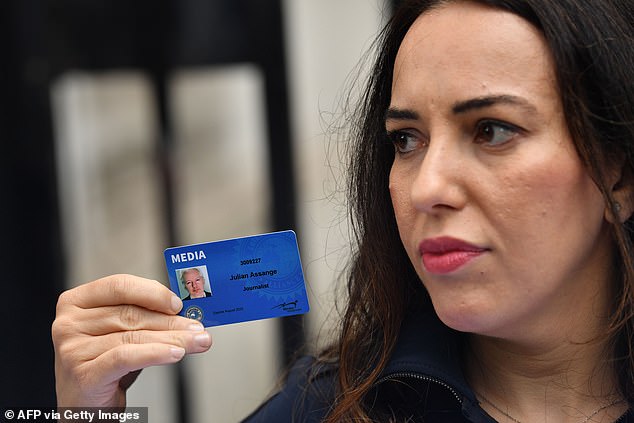 Wikileaks editor-in-chief Kristinn Hrafnsson said he was ‘hesitant to be hopeful’ as Julian Assange’s fight against extradition began at the Old Bailey.

Addressing supporters outside court, he said: ‘But hope is not enough, we need to fight for the justice.

‘We need to show our determination to have this extradition hearing dismissed because the future of journalism is at stake.’