BRUSSELS (Reuters) – European Union leaders gave their unanimous backing to a Brexit deal with Britain on Thursday, putting the onus on Prime Minister Boris Johnson to secure the British parliament’s approval for the deal in a vote in two days’ time.

British and EU negotiators reached the agreement after successive days of late-night talks and nearly three years of heated discussions that have strained EU-UK ties.

After the deal was announced, Johnson joined the EU’s 27 other leaders at a summit in Brussels, shaking each by the hand as he entered the room and laughing and joking with German Chancellor Angela Merkel and French President Emmanuel Macron.

He then left them to decide whether they approved the deal. After a little over an hour of discussion, the leaders issued a joint statement endorsing it.

“Now is the moment for us to get Brexit done and then together to work on building our future partnership, which I think can be incredibly positive both for the UK and for the EU,” Johnson told a joint news conference with Commission President Jean-Claude Juncker before the summit began.

“I hope very much … that my fellow MPs in Westminster do now come together to get Brexit done, to get this excellent deal over the line and to deliver Brexit without any more delay.”

Juncker said he wanted he deal to be approved rapidly, with no need for any further extension of the Brexit deadline. Brexit was initially supposed to have happened on March 31 this year. It will now take place on Oct. 31, as long as the deal is approved by the British and European parliaments.

“There must be no prolongation — it has to happen now,” Juncker said.

Johnson now needs to secure the votes needed at an extraordinary session of parliament on Saturday. But the arithmetic is not easy or straightforward for him.

The Northern Irish party that Johnson needs to help ratify any agreement, the Democratic Unionist Party (DUP), has refused to support it, saying it is not in Northern Ireland’s interests.

The head of the main opposition Labour Party, Jeremy Corbyn, said he was “unhappy” with the agreement and would vote against it. Labour has said it wants any deal to be subject to a public vote, but as yet has not indicated whether it will back any move for a second referendum on Saturday.

Johnson appears intent on presenting parliament with a stark choice — the deal he has struck or no deal — in the hope of securing enough votes to get approval.

“The PM’s position is that it’s new deal or no deal but no delay,” said a senior British government official.

Even though parliament has passed a law obliging him to ask the EU for a delay if a deal has not been finalised and approved by Saturday, Johnson has said he will not do it. 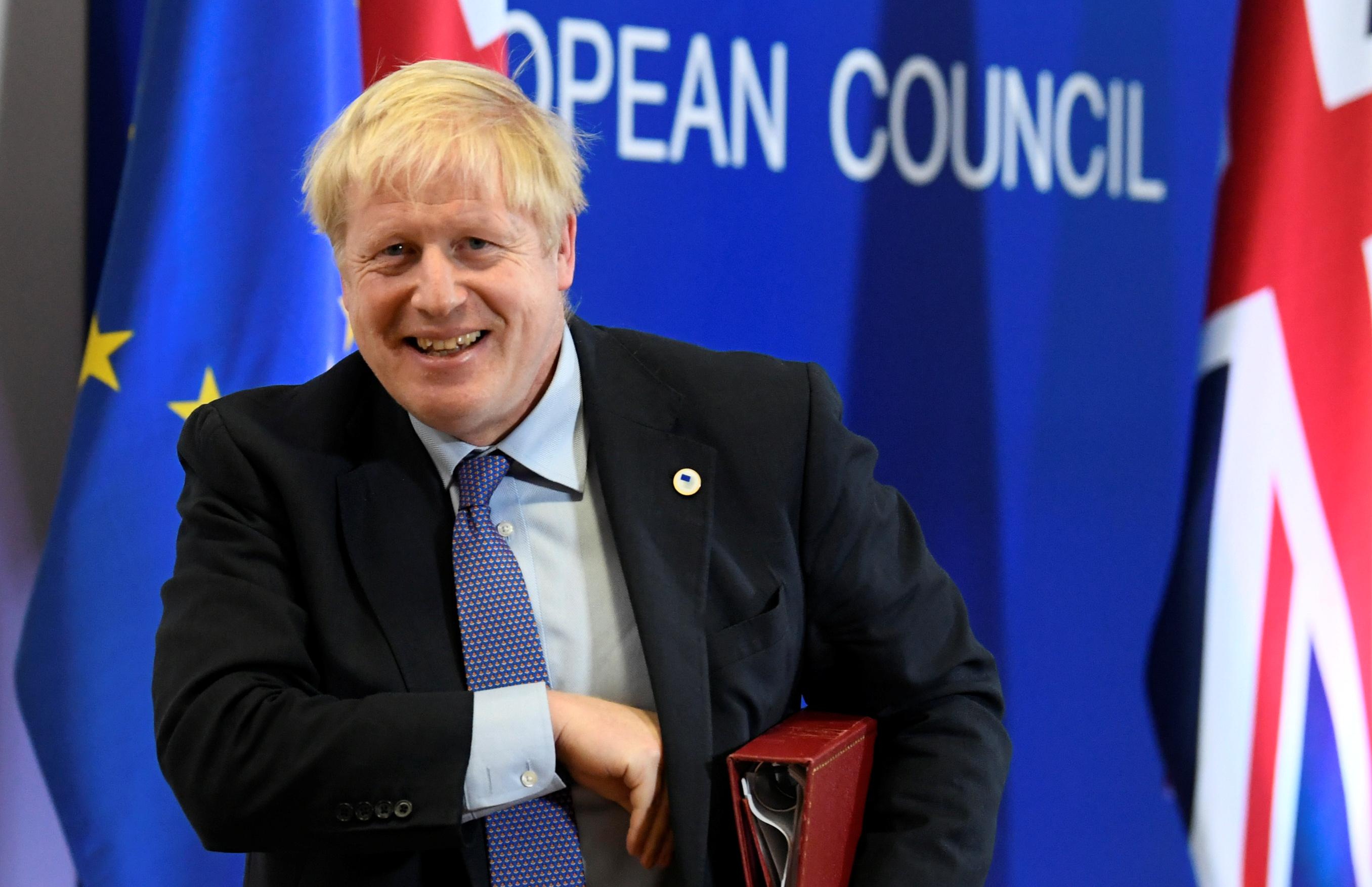 Negotiators worked frantically this week to agree a compromise on the question of the border between EU member Ireland and the British province of Northern Ireland, the most difficult part of Brexit.

The conundrum was how to prevent the frontier becoming a backdoor into the EU’s single market without erecting checkpoints that could undermine the 1998 Good Friday Agreement, which ended decades of conflict in the province.

The agreement reached will keep Northern Ireland in the UK customs area but tariffs will apply on goods crossing from mainland Britain to Northern Ireland if they are headed to Ireland and into the bloc’s single market.

The agreement scraps the “backstop”, a mechanism envisaged earlier that was designed to prevent a hard border being introduced on the island of Ireland, and would have bound Britain to some EU rules.

However, the DUP, which supports Johnson’s government, said the new text was not acceptable – a step that could spur hardline Brexiteers in his Conservative party also to oppose ratification.

“These proposals are not, in our view, beneficial to the economic wellbeing of Northern Ireland,” the party said, warning that a parliamentary vote on Saturday was just the first stage in approving the deal.

Johnson has no majority in the 650-seat parliament, and in practice needs at least 318 votes to get a deal ratified. The DUP have 10 votes. 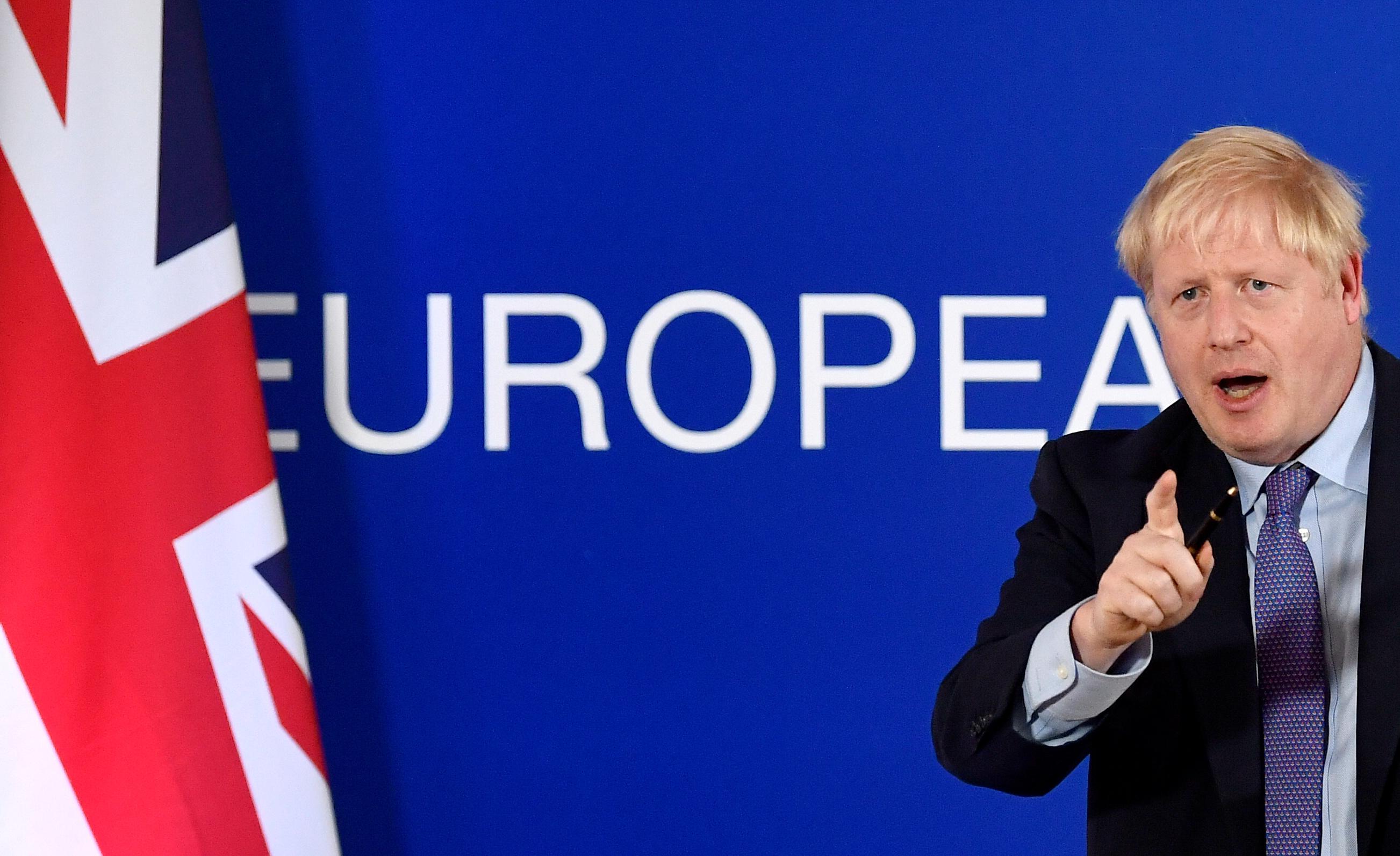 At the Brussels summit, several EU leaders were glad a deal had been struck but cautioned that it still faced hurdles in the British parliament.

In a note, Deutsche Bank saw a 55% chance that Johnson’s deal would not be ratified on Saturday.

The uncertainty over parliament’s approval means that, two weeks before Britain is due to leave the world’s largest trading bloc, the possible outcomes still range from an orderly departure to a chaotic exit or even another referendum that could reverse the entire endeavor.