Is there ANYONE left at the Department of Health? Speaker Lindsay Hoyle rages at government making announcements ‘from their gardens’ as another minister reveals she has been ‘pinged’ after Sajid Javid tested positive

Junior health minister Jo Churchill announced Thursday she was pinged by the NHS coronavirus app and will be required to quarantine, joining Health Secretary Sajid Javid who tested positive for Covid-19 last week in house arrest, along with Boris Johnson and Rishi Sunak who had contact with the health minister.

Javid tested positive for Covid last week, and Johnson and Sunak originally tried to escape isolation through a pilot scheme of daily Covid testing but abandoned the plan after fierce backlash. Churchill wrote on Twitter that she would quarantine after being notified of Covid contact through the NHS app, and encouraged everyone to get vaccinated.

Jo Churchill is isolating after a ping from the NHS coronavirus app. 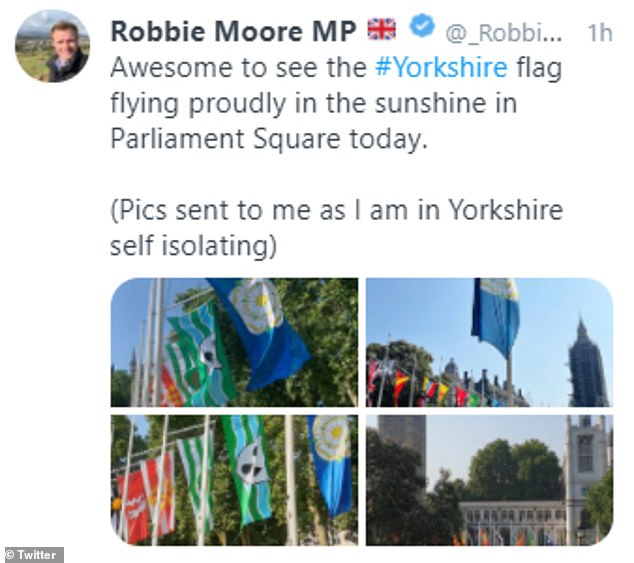 MP Robbie Moore is in self-quarantine.

Meanwhile, Speaker Lindsay Hoyle lambasted ministers over the disheveled manner in which news of the NHS pay deal was announced. He hit Javid for making the announcement ‘from his garden,’ and dismissed excuses for the casual announcement that the health secretary was isolating.

Care minister Helen Whately addressed the House of Commons Wednesday afternoon, and was widely expected to update the House on a deal being worked out to raise the pay of nurses and care staff with the NHS due to their work throughout the pandemic. But Ms. Whately told the Commons there still wasn’t a deal between the government and the review body. Hours later, the announcement that NHS staff would receive a 3 per cent pay bump was announced via press release. 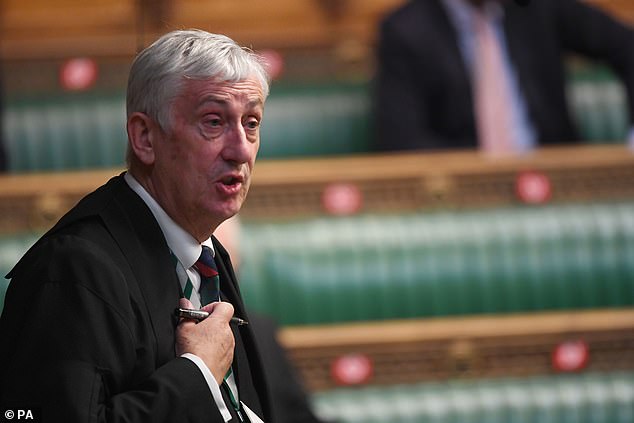 Lindsay Hoyle was not happy the House of Commons was not formally notified of the NHS pay increase.

‘I was far from happy that yesterday the House heard from a health minister giving us an NHS update with no mention at all of the pay deal for NHS, a point of great political interest,’ Hoyle told MPs Thursday.

‘I find it hard to believe that any negotiations were still going beyond that time. I’d urge the Government again to ensure the House is the first, not the last, to know.’

‘It’s not my fault the Secretary of State (Sajid Javid) got pinged. But if he does want to make announcements from his garden, somebody could have been here, the minister could have shared that information with us.’

Sir Lindsay went on: ‘The clear message is, once again, this House should be told.’

Vaccines minister Nadhim Zahawi offered apologies for the bungling before the House.

Sir Lindsay welcomed the apology, but swiped: ‘It makes it worse when the minister is actually at the despatch box when all this is going on outside, and to turn to the House and say ‘well I can’t tell you’, not ‘I don’t know’ but ‘I can’t tell you’, is even more worrying.’

Javid said the pay announcement showed the government’s willingness to ‘back the NHS’.

He added: ‘NHS staff are rightly receiving a pay rise this year despite the wider public sector pay pause, in recognition of their extraordinary efforts.

Ministers have pointed out that taxpayers have already spent £350billion fighting Covid, and other public sectors, including police, are operating on a pay freeze. But unions are fighting mad and demand a 15 per cent increase for nurses.  Campaigners — including former Labour leader Jeremy Corbyn — yesterday handed in an 800,000-strong petition to Downing Street demanding the 15 per cent boost.