The scene is set to the guitar solo from rock band Queen’s ‘We Will Rock You’. The music then cuts to a more ominous soundtrack as the seal of one of Iran’s Ghadir-class midget submarines surfaces in the foregrounds. The animation began with an aerial view of a US Navy aircraft carrier in the Strait of Hormuz. One-by-one, the US ships sink into the sea after they are hit by the Iranian torpedoes. 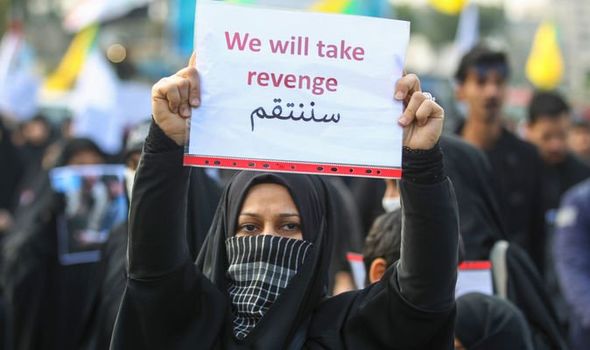 Two fighter jets manage to take off before the aircraft descends.

All five sunken vessels are shown.

The screen reads “Our Iran has the technology to manufacture very advanced Ghadir-class submarines.”

The animation was originally posted last February, and was later shared again by the middle east research institute, a press monitor, as well as journalist Kian Sharifi.

Over the past year, the US and Iran have engaged on direct attacks against each other. They have locked themselves in a cycle of tensions in the Persian Gulf region, and Iraq.

After a series of escalations between the US and Iranian military, Qassem Soleimani and his entourage were killed by a US drone last month in Baghdad.

The funeral ceremony of Soleimani in Tehran was described as “the largest in Iran since the funeral of Grand Ayatollah Ruhollah Khomeini”, founder of the Islamic Republic of Iran, in 1989.

Iran’s Foreign Minister Javad Zarif took to Twitter with a message to President Donald Trump: “Have you seen such a sea of humanity in your life?… Do you still think you can break the will of a great nation and its people?” 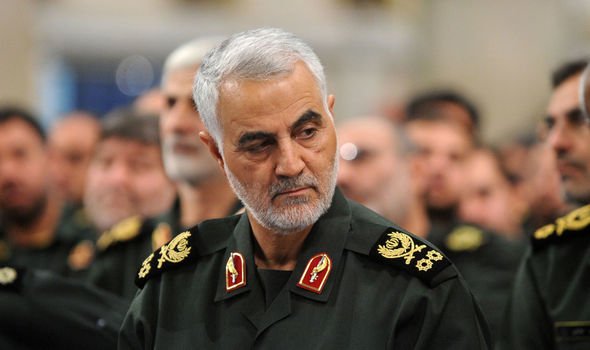 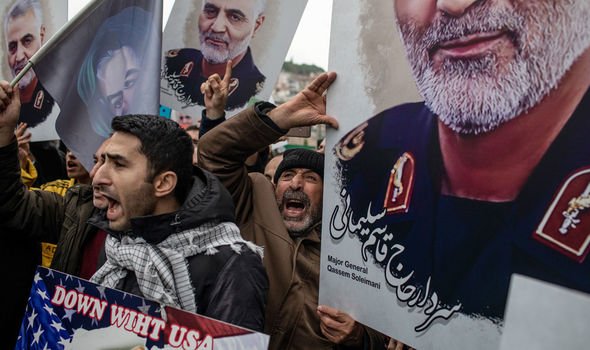 While the White House initially announced zero casualties from the Iranian assault, the Pentagon has since revealed that up to 50 soldiers have been treated for traumatic brain injuries.

While the US and Iran have largely avoided direct confrontations such as those recently seen in Iraq, the two nations have a bloody history in the Persian Gulf and have trained for potential all-out conflict.

The US have deployed thousands of additional troops and equipment, including the USS Abraham Lincoln carrier strike group, to the Middle East over the past year as tensions with Iran grew.

Some see Soleimani as a hero who devoted his life to defending their country.

They feel he was uncorrupted and dedicated to his work, unlike many senior soldiers and officials.

He was also a commander of the Revolutionary Guards for much of the eight-year Iran-Iraq war in the 1980s, when Iranians – in spite of Western support for Iraqi leader Saddam Hussein – managed to stop Iraqi forces from overrunning their country.