You must not impair, impede, obstruct or hamper the passage of the Stena Impero.

The radio recording begins with a message, issued by the IRG vessel as it approaches the Stena Impero, to “change course immediately”. The Iranians says: “If you obey, you will be safe. Alter your course immediately. I want to inspect the ship for security reasons.” The response comes from HMS Montrose, which says: “This is British battleship F236: “You must not impair, impede, obstruct or hamper the passage of the Stena Impero.

“Please confirm that you are not intending to violate international law by attempting to board.”

However, the Royal Navy ship is too late – moments later, Iranian special forces hijack the ship and its crew – consisting of 18 Indians, three Russians, a Latvian and Filipino – and sail it to the southern port of Bandar Abbas.

The seizure has prompted Britain to report Iran to the United Nations, arguing it was taken in Omani territorial waters, which if true would represent illegal interference in its passage through the Strait. 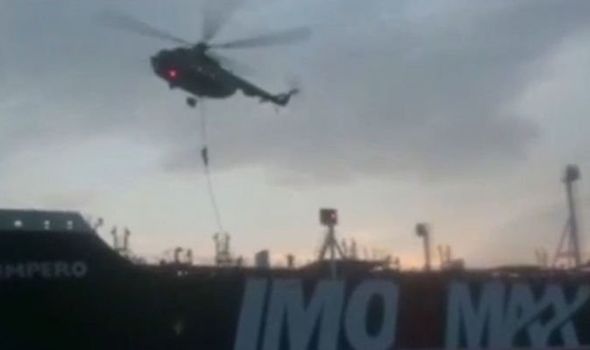 Iran’s move is likely to be in retaliation for Britain’s seizure of Grace 1, an Iranian-flagged vessel boarded by Royal Marines off the coast of Gibraltar over suspicions it was illegally transporting crude oil to Syria.

After the Grace 1 was taken, three Iranian ships attempted to seize another tanker, the British Heritage – but were chased off by HMS Montrose.

Moments later Iranian special forces boarded the ship from a helicopter before sailing it into Iranian territorial waters.

Foreign Secretary Jeremy Hunt yesterday suggested there were “worrying signs Iran may be choosing a dangerous path of illegal and destabilising behaviour after Gibraltar’s legal detention of oil bound for Syria.” 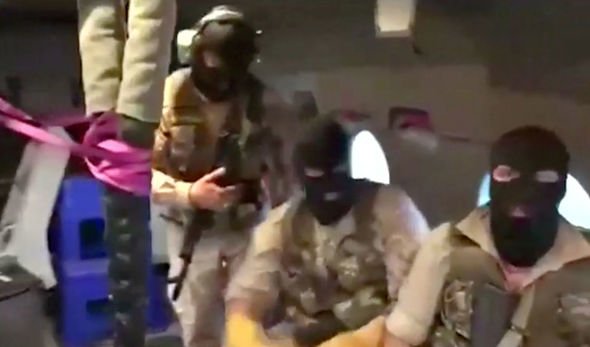 He said he would unveil the diplomatic and economic measures on Monday in response to the apprehension and detention of the Stena Impero, according to the Sunday Telegraph.

London may also seek the reimposing of UN and EU sanctions lifted against Iran in 2016 in connection to a deal on the country’s nuclear programme.

Asked if sanctions were off the table during Sky’s Sophy Ridge on Sunday, defence minister Tobias Ellwood said a meeting of Cobra, the Government’s emergency committee, had taken place yesterday.

He added: “Our first and most important responsibility is to make sure that we get a solution to the issue to do with the current ship, make sure other British-flagged ships are safe to operate in these waters and then look at the wider picture. 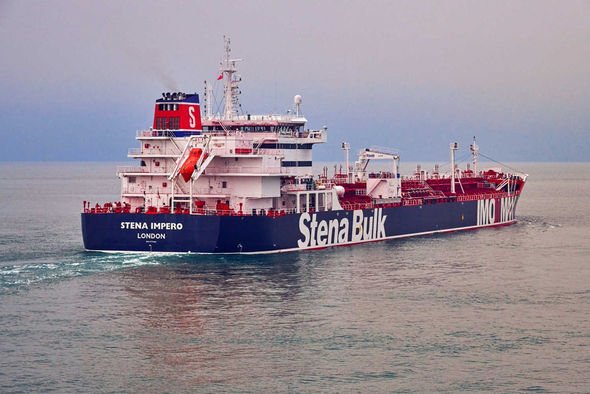 “We are going to be looking at a series of options.

“We will be speaking with our colleagues, our international allies, to see what can actually be done.”

Iran’s envoy to Britain Hamid Baeidinejad today tweeted that Britain needs to contain “those domestic political forces who want to escalate existing tension between Iran and the UK well beyond the issue of ships.

He added: “This is quite dangerous and unwise at a sensitive time in the region,” he said, adding that Iran “is firm and ready for different scenarios.”