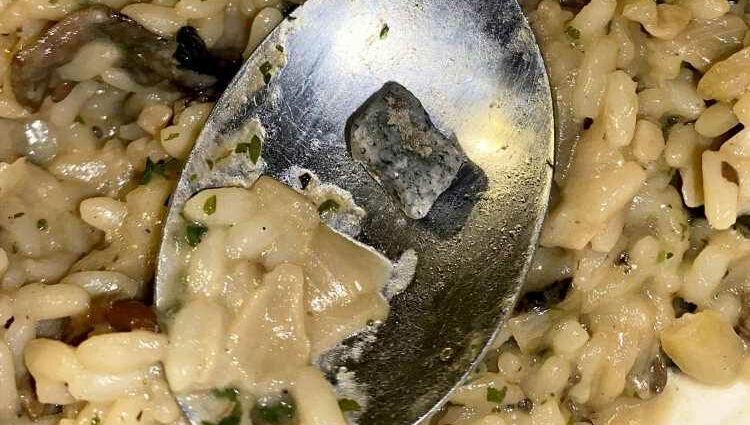 A WOMAN who choked on a stone in her Spar risotto ready meal had her fiancé perform the Heimlich manoeuvre on her to get it out.

Jasmine Davies, who suffers from a chronic pain illness, bought the ready meal from a local convenience store on her way home from work. 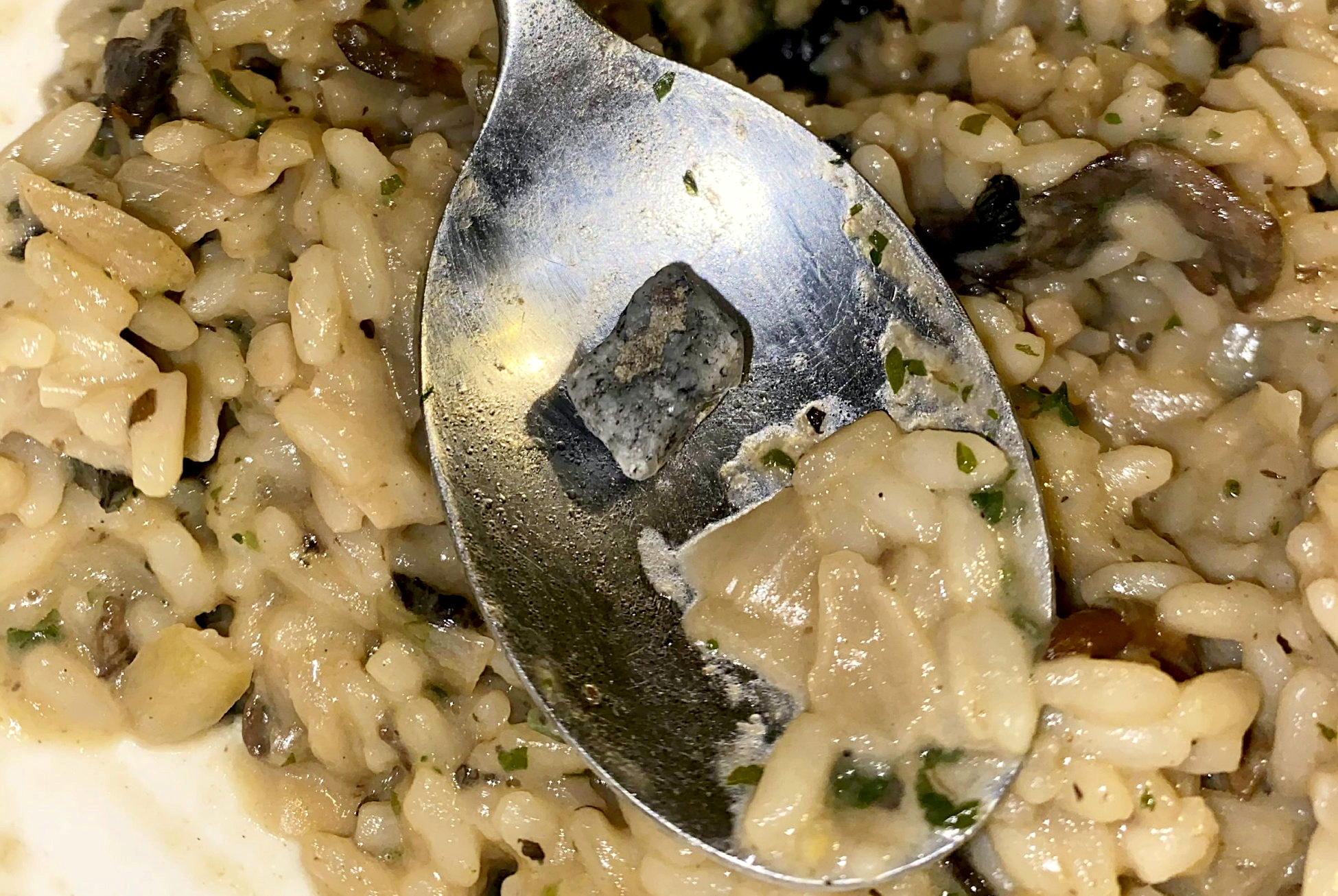 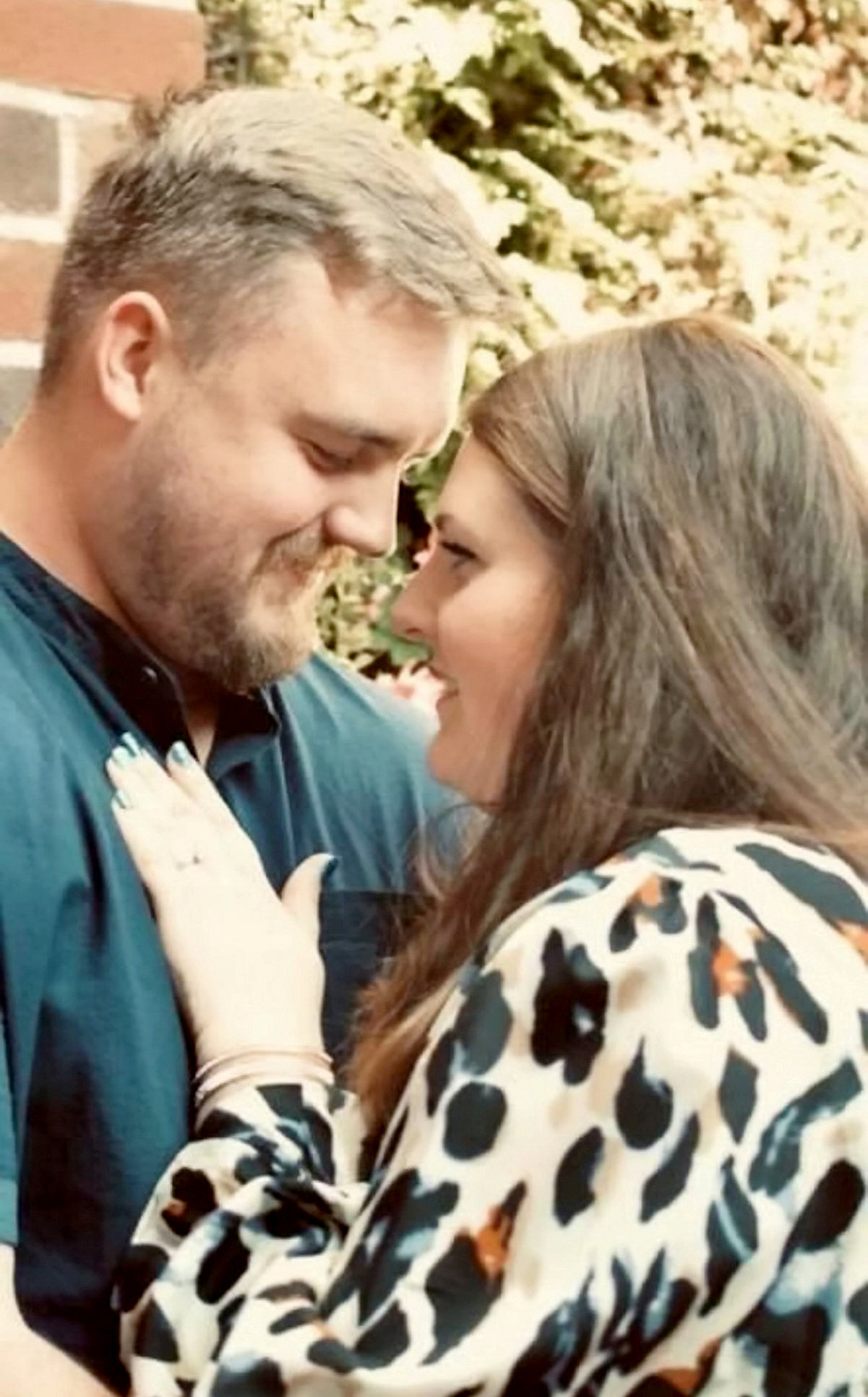 But when she dug in, her fiancé Alex Sandilands was forced to perform the Heimlich manoeuvre when she "choked on a stone".

She said she cooked the meal, which was made by frozen food company COOK, as soon as she got home but noticed something was wrong when she bit into her first spoonful, reports CheshireLive.

"I picked the risotto up from the local shop on my way home from work, I've never really done it before," she said, describing what happened.

"I just cooked it and ate it straight away. It was sort of a split second thing, I bit down on something but then still followed it.

"I now know that my filling has come up, but I began to choke and had the feeling of that was it. I couldn't breathe.

"I was just so so lucky that my fiancé was here with me. If my fiancé wasn't here, I wouldn't have been able to help myself because of the panic.

"I don't think he knew how to do it properly [Heimlich manoeuvre], but he knows the motions of it and obviously it worked."

Pictures of the meal showed a small stone hidden in the risotto.

Jasmine ended up losing some of her dental fillings as a result of biting into the rock.

The 26-year-old said she bought the meal from her local Spar store in Tattenhall on January 6.

The young woman – who suffers from fibromyalgia, a chronic pain illness – said the incident caused her a flare up of the condition and made her anxiety worse.

She contacted Spar the next day and was put in touch with a rep from COOK, who apologised for the incident and asked for "a second chance".

A COOK spokesperson sent Jasmine a message that said: "Again we're truly sorry and do hope you are feeling better now.

"We really hope you'll give us a second chance and we're keen to make amends for this, so please let us know where you purchased the meal and we will either post you a voucher if you purchased from a stockist (please let us know your address) or we will email one if you shopped with one of our COOK shops or ordered online (please send us your email).

Jasmine blasted the response, saying: "I couldn't even reply to them because I just thought 'are you serious?'

"You know, it could've had such a different outcome and you're offering a meal voucher. I won't be eating none of them again.

"Risotto is quite a mashy food to eat, so someone could've gave it to a little child who couldn't realise what's happening to them."

She has since posted a letter to COOK along with the stone she choked on. 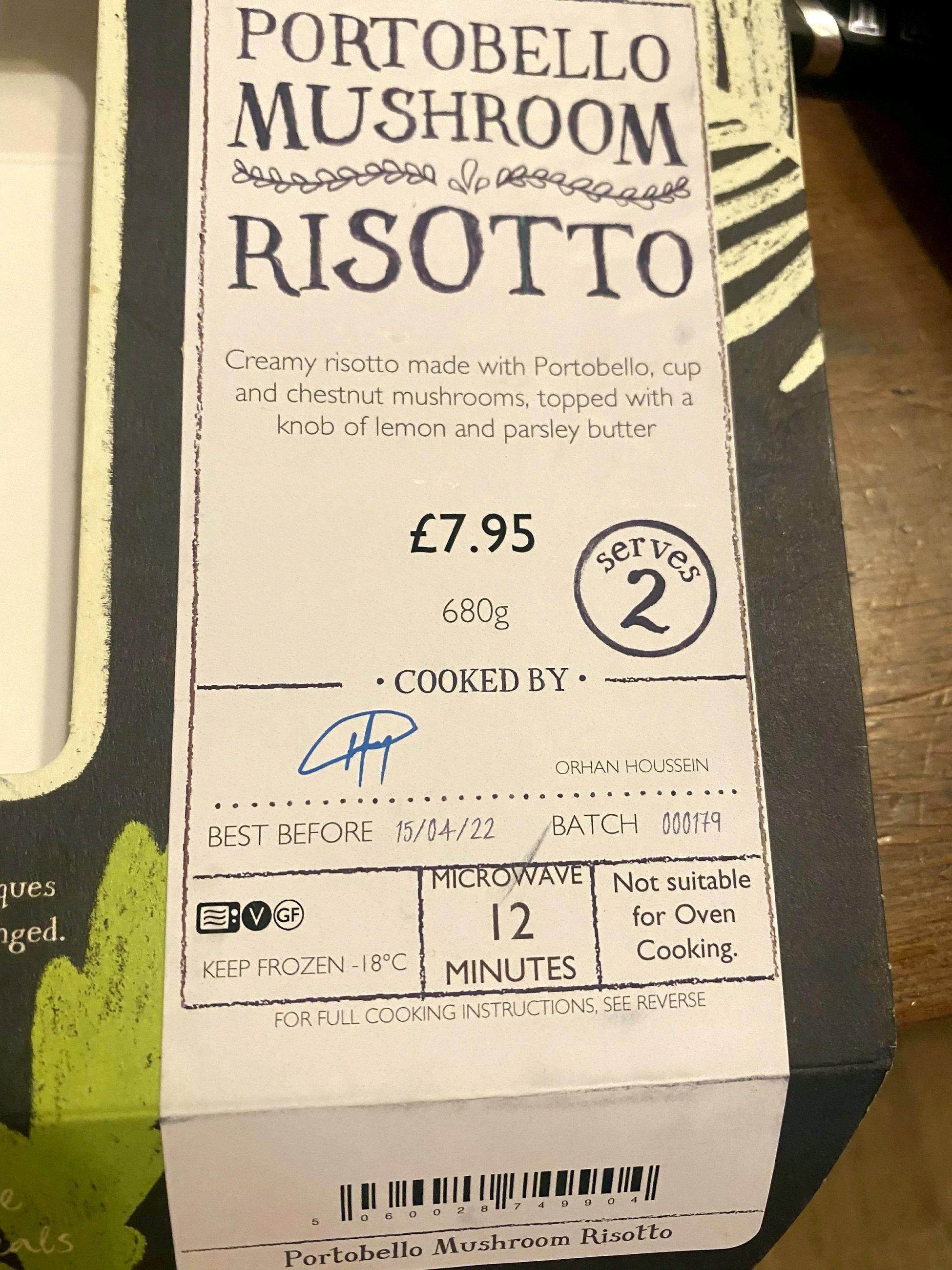 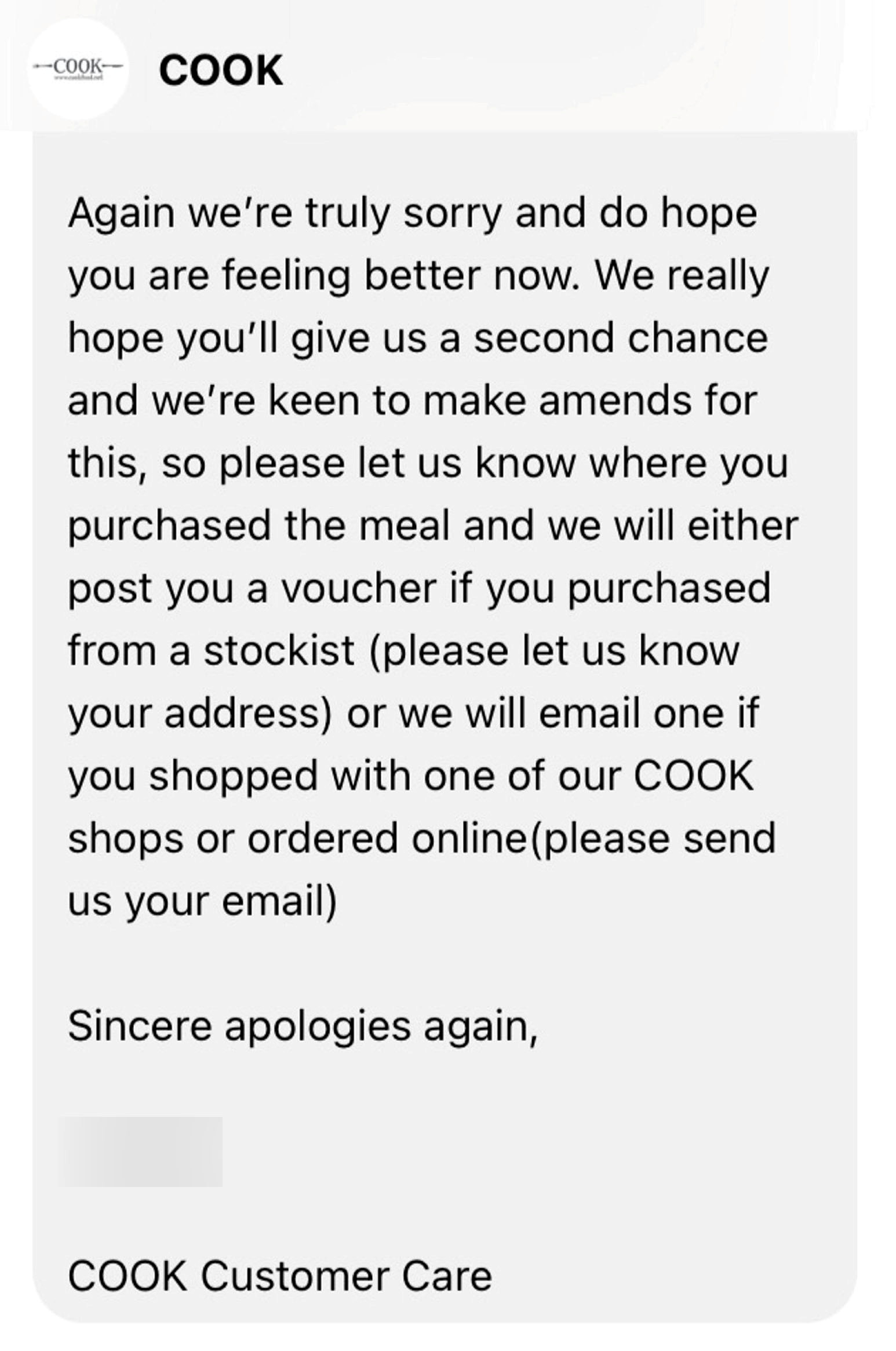