THIS is the humiliating moment a couple who had sex in a farmer's field had to be rescued after getting their car stuck.

Campbells Recovery were called to the scene in Milton Keynes, Bucks, after an angry farmer found the randy pair getting frisky on his land. 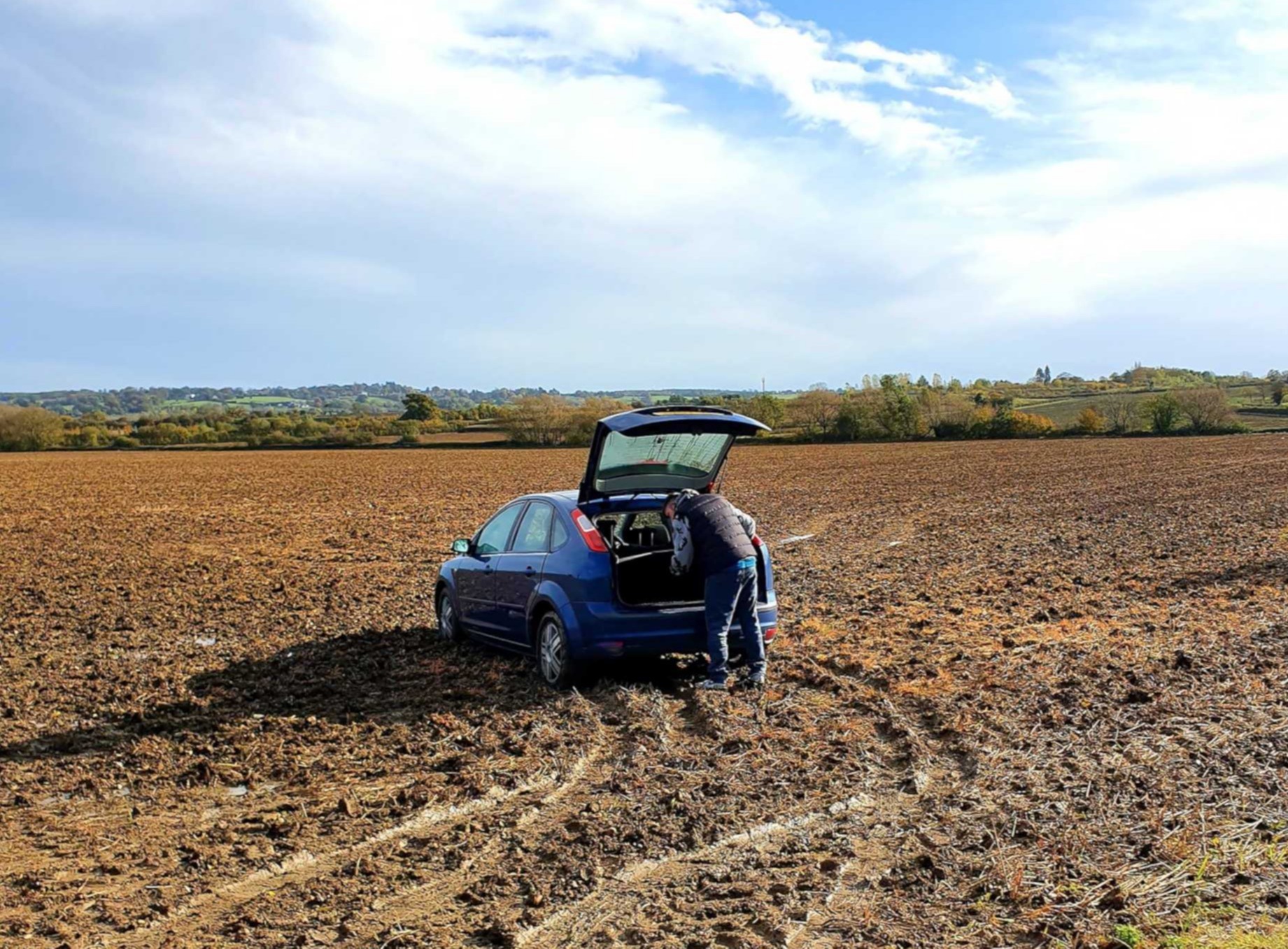 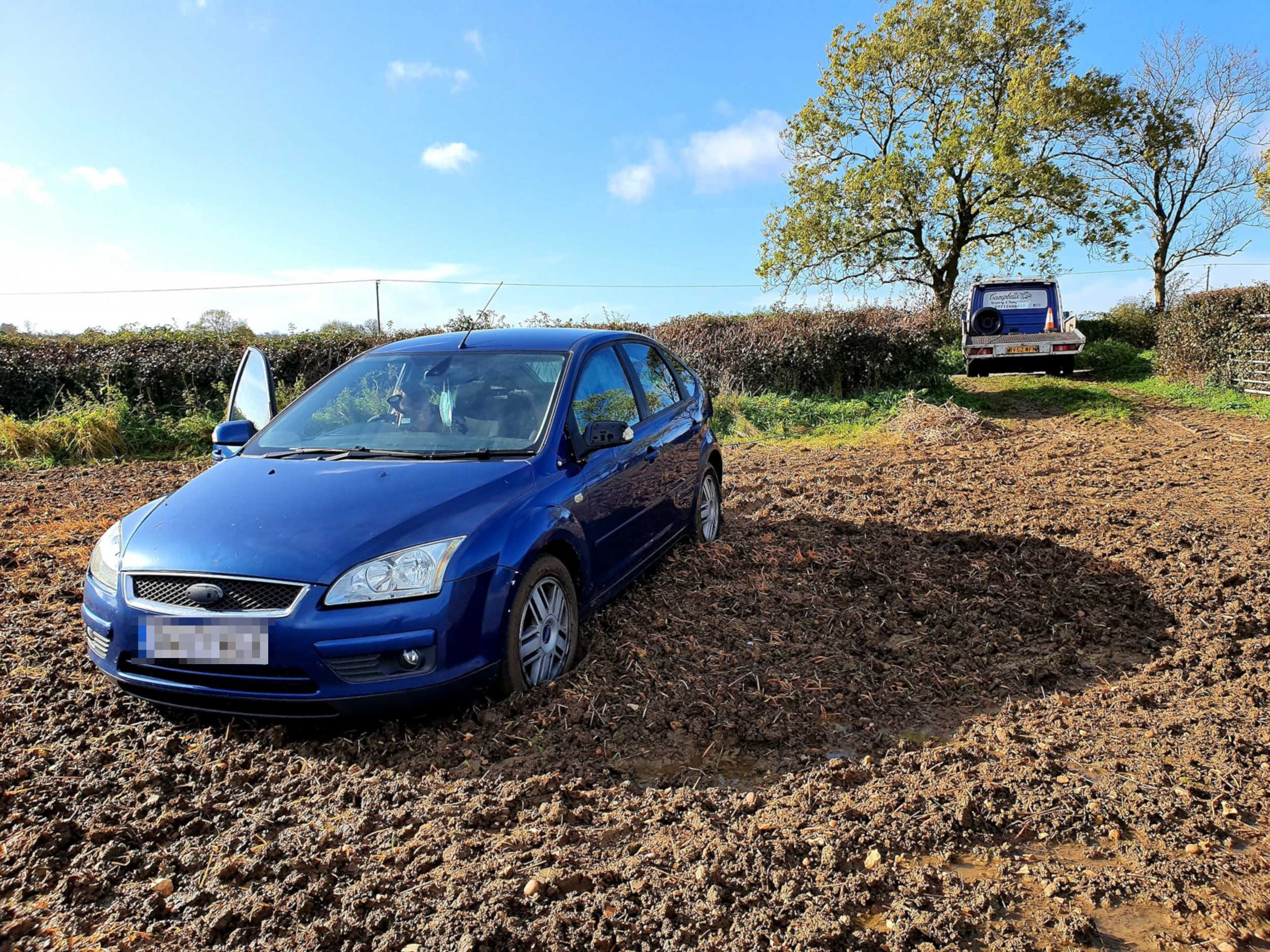 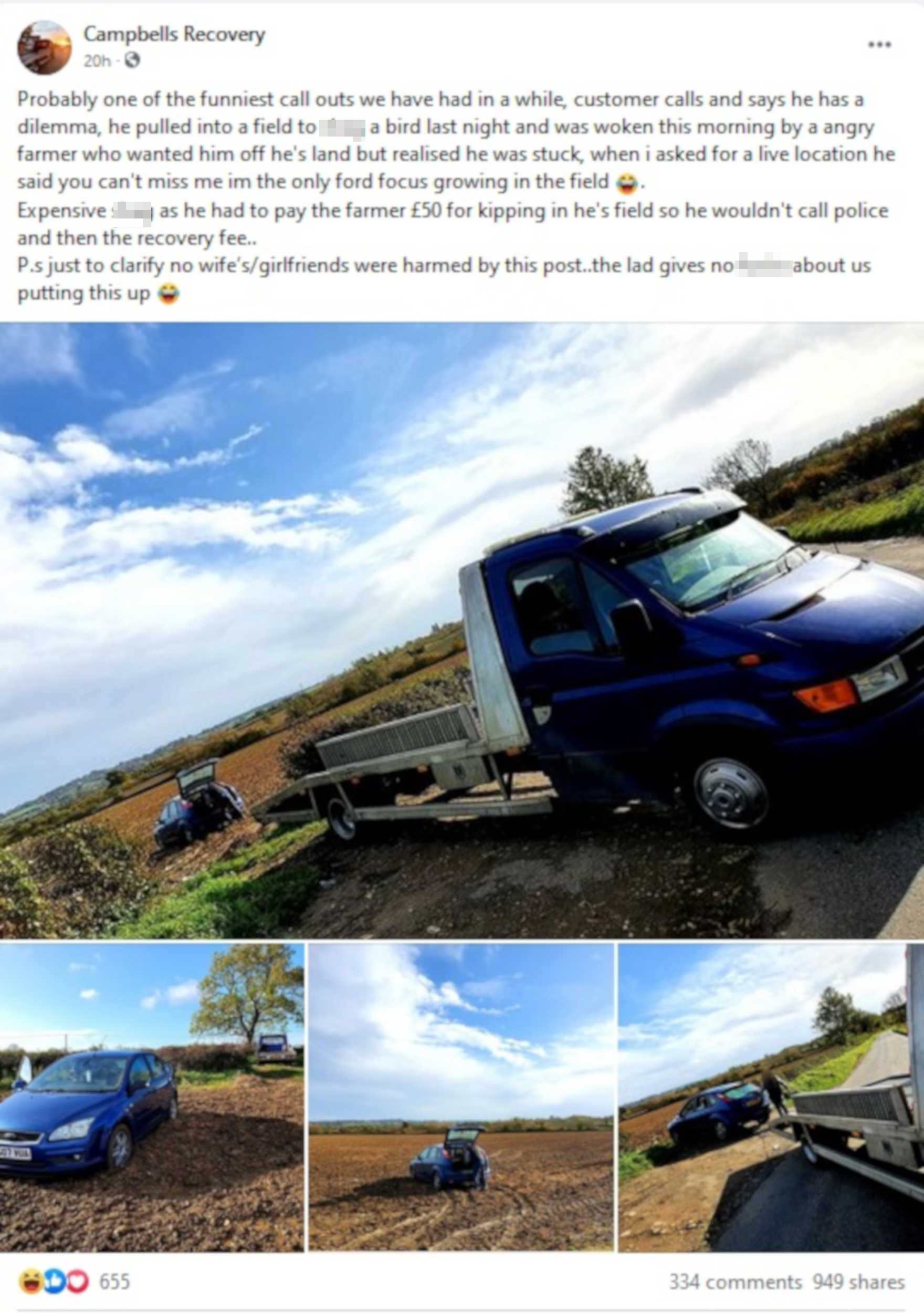 Rather than call the cops, the farmer fined the couple £50.

But when the randy rompers realised they were stuck, they had no other option but to call for help.

The man in the car called Campbells, advising them to look for the "only Ford Focus growing in the field".

Pictures from the scene show the blue car he was in stranded in the middle of it.

Campbells Recovery's truck sits at the edge of the land, ready to rescue the red-faced pair.

One shot shows the woman sitting sheepishly in the car as a face mask dangles from the rear view mirror.

Another shows her companion searching for a tow line in the boot.

Campbells Recovery uploaded the pictures to Facebook on Sunday, along with a post which read: “Probably one of the funniest call outs we have had in a while, customer calls and says he has a dilemma.

“He pulled into a field to s**g a bird last night and was woken this morning by an angry farmer who wanted him off he's land.

“But, realised he was stuck, when I asked for a live location he said you can't miss me. I'm the only Ford Focus growing in the field.

“Expensive s**g as he had to pay the farmer £50 for kipping in his field so he wouldn't call the police and then the recovery fee.

"P.S just to clarify no wives/girlfriends were harmed by this post… The lad gives no f***s about us putting this up.”

The post has had social media users in stitches, with one person commenting: “The magic focus. Went down the road and turned into a field.

Another wrote: “Jeez you’d think for £50 the farmer would have pulled him out.”

Someone else added: “I know farmers have it tough with theft and vandalism but f*** me he must be the most miserable b*****.

"What ever happened to a shake of the hand and pat on the back.” 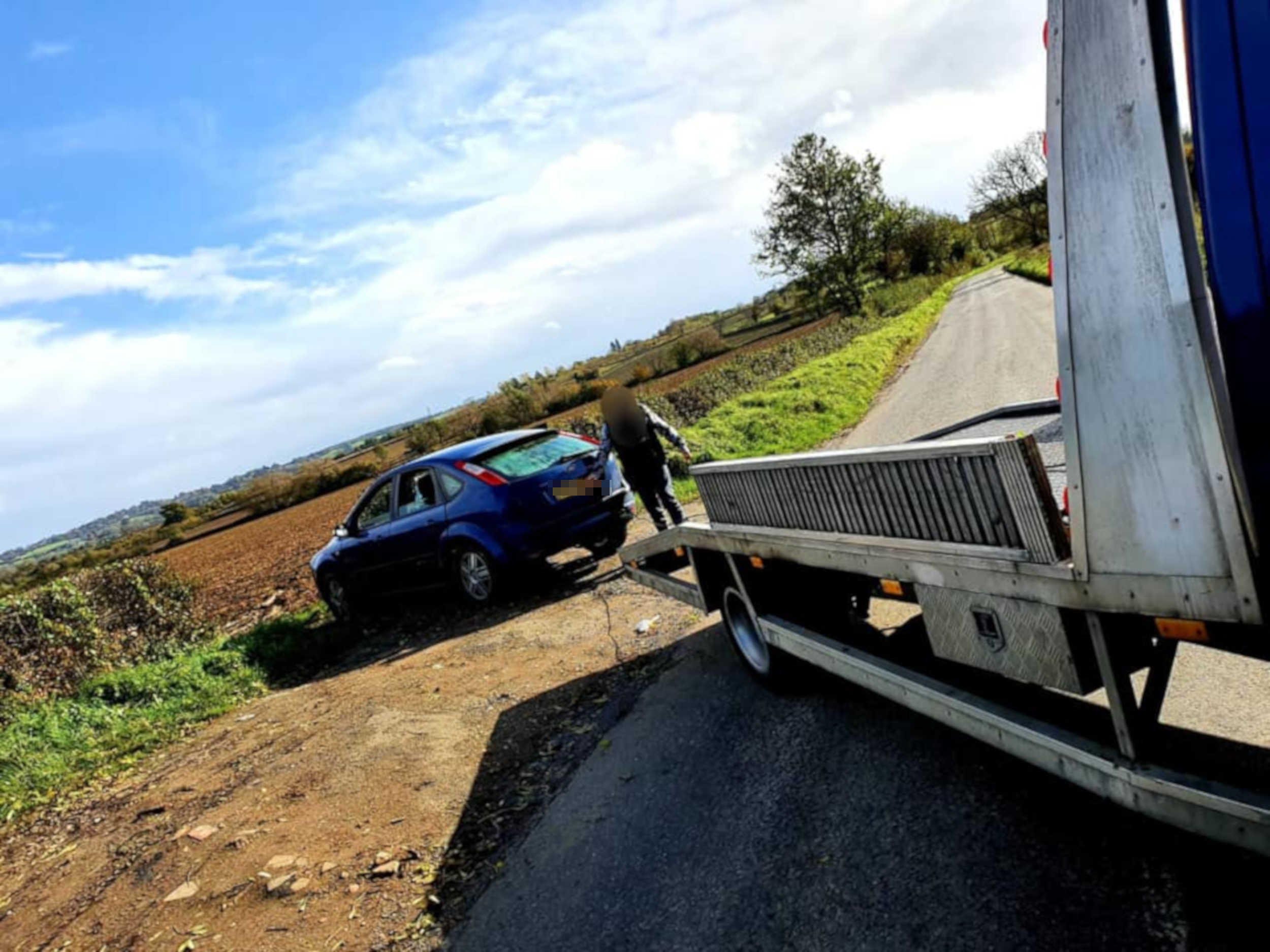