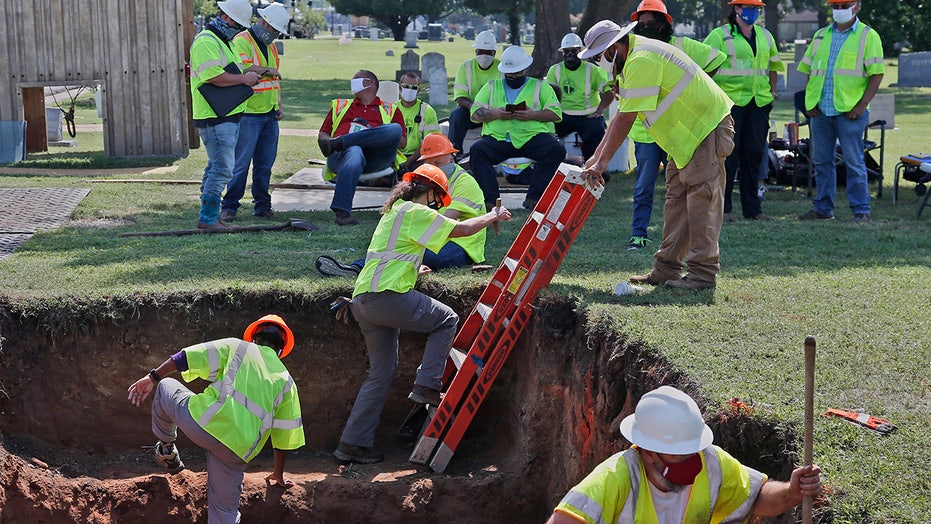 One set of human remains, and perhaps a second, have been found in a Tulsa cemetery where investigators are searching for victims of the 1921 Tulsa Race Massacre, Oklahoma state archaeologist Kary Stackelbeck said Tuesday.

“We do have one confirmed individual and the possibility of a second” body found, Stackelbeck said. “We are still in the process of analyzing those remains to the best of our ability. … We don't have a whole lot of details,” Stackelbeck said.

The confirmed human remains were found little more than 3 feet (90 centimeters) underground in an area known as the “Original 18,” where funeral home records show massacre victims are buried. 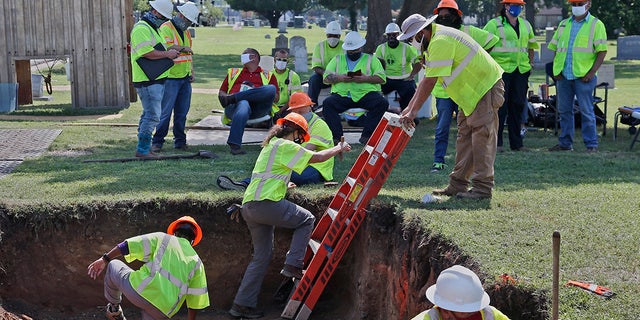 FILE – In this July 14, 2020, file photo, workers climb out of the excavation site as work continues on a potential unmarked mass grave from the 1921 Tulsa Race Massacre, at Oaklawn Cemetery in Tulsa, Okla. (AP Photo/Sue Ogrocki File)

It is not yet known if the remains, which were found in a wooden coffin, are of a victim of the massacre, Stackelbeck said. 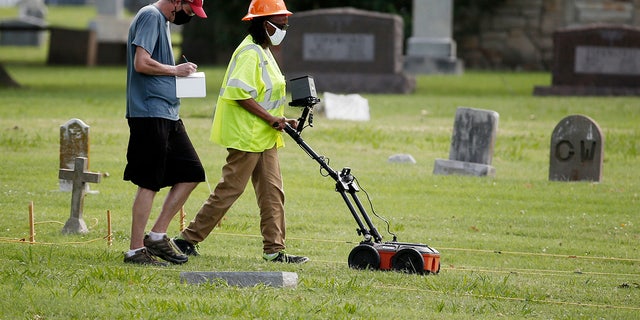 ILE – In this July 17, 2020, file photo, workers use ground penetrating radar as work continues on a search for a potential unmarked mass grave from the 1921 Tulsa Race Massacre, at Oaklawn Cemetery in Tulsa, Okla.  (AP Photo/Sue Ogrocki File)

After an examination of the remains, they will be returned to the coffin and reburied, Stackelbeck said.

Tulsa Mayor G.T. Bynum, who first proposed looking for victims of the violence in 2018 and later budgeted $100,000 to fund it after previous searches failed to find victims has said efforts will be made to find any descendants of the victims who are identified. 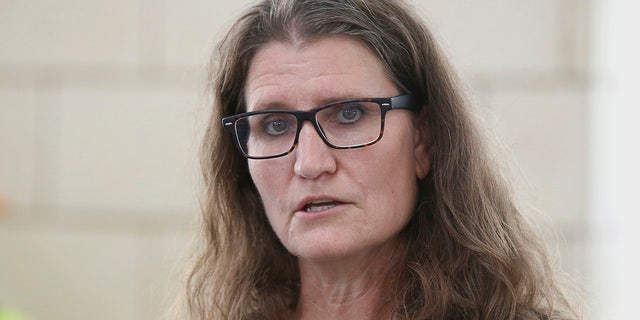 FILE – In this July 17, 2020, file photo, Oklahoma state archaeologist Kary Stackelbeck, speaks during a news conference as work continues on an excavation of a potential unmarked mass grave from the 1921 Tulsa Race Massacre, at Oaklawn Cemetery, in Tulsa, Okla. (AP Photo/Sue Ogrocki File)

Oaklawn Cemetery in north Tulsa, where a search for remains of victims ended without success in July and where the excavation resumed Monday, is near the Greenwood District where the massacre took place.

The violence took place on May 31 and June 1 in 1921, when a white mob attacked Tulsa’s Black Wall Street, killing an estimated 300, mostly Black, people and wounding 800 more while robbing and burning businesses, homes, and churches.

The massacre — which happened two years after what is known as the “Red Summer,” when hundreds of African Americans died at the hands of white mobs in violence around the U.S. —- has been depicted in recent HBO shows “Watchmen” and “Lovecraft County.”