How The Age is covering the election campaign 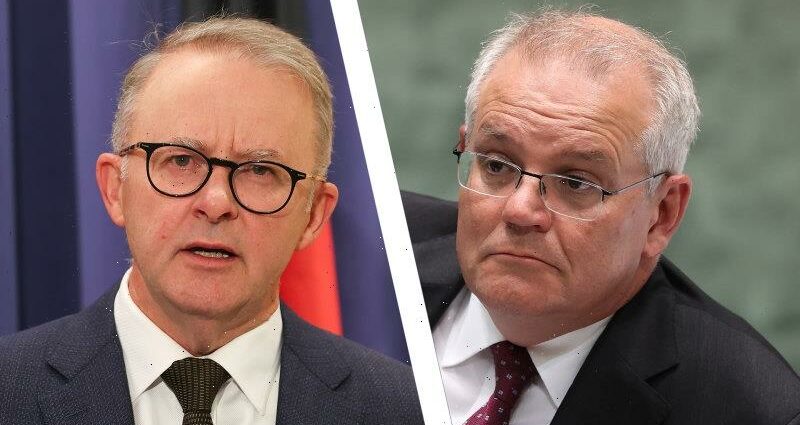 This week, the focus was on the federal budget and the Opposition Leader’s reply. All of us sitting in the lockup were aware that budgets are always political as well as economic documents, but this one, coming so close to an election being called, dripped with political calculations.

We criticised that in our editorial, but it was inevitable, with Treasurer Josh Frydenberg concentrating on relieving cost of living pressures with an $8.6 billion package. Labor leader Anthony Albanese’s reply, too, centred on a $2.5 billion election promise to “fix” the ongoing problems in aged care.

Australia is already in an election campaign, regardless of when it is formally called. We have been thinking about and preparing for it for months, led by national editor David King and federal bureau chief Angus Livingston. 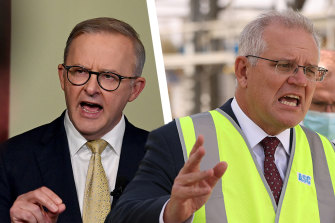 Australia is already in an election campaign, regardless of when it is formally called.Credit:AAP/Getty Images

I want to outline what The Age’s principles are as we approach this election. They don’t differ much from our principles for any other coverage. The Age must be fair and accurate, we must scrutinise all political parties, and we must publish a variety of opinions. We have to dig and dig and dig to find out information that you should know. We have to be fair, but it is not a time for “he said-she said” journalism. We have to seek the truth about what is being claimed, and to highlight issues that matter and those our subscribers care about.

Overall, my word for the campaign is trust. I want you to think that amidst the noise, the obviously partisan media, social media outrage and the bombardment of advertisements, you can rely on The Age for trustworthy coverage. If we achieve that, I’ll be satisfied.

There has been much criticism of how the media cover election campaigns, and I agree with some of it, although some of it can be kneejerk. Much of our coverage is informative and useful, but in the past, it could be too focused on opinion polls, particularly the shifts in two-party preferred voting intentions.

The problem with that is that the polls influenced our broader coverage too much. So, if the government is ahead in the polls, its strategy must be superior. If the opposition is ahead, there must be a mood for change. A lot of analysis can be based on polls, whether we in the media admit it or not.

As everyone knows, the opinion polling in 2019 consistently and inaccurately predicted a Labor win. Pollsters got it so wrong that we rethought the role of polling in political coverage. We and some other organisations took a break from polling to consider how we could do it better.

We relaunched polling in April last year through the Resolve Political Monitor. Voting intention is collected – emulating as closely as possible the real ballot paper ranking without an “undecided” option – but you will have noticed that we no longer report two-party preferred results.

As then national editor (now executive editor) Tory Maguire explained at the time: “Years of leadership contenders using polling as a justification for knifing incumbent prime ministers led, understandably, to the perception the polling was distorting politics, not just examining it.” Our questions now go much deeper into the issues you care about and why you care about them.

We think our polling is superior, but it is just one factor in our election coverage. I like to think of elections as a snapshot of our nation on one day – the hopes and fears of our country at a point in time. Are we cautious and risk averse? Do we want change? Are we optimistic or pessimistic about the future? What are the big challenges we are concerned about, and what are our big disagreements?

Many Australians vote as their parents voted, but the trend is towards more of us abandoning the major parties to search for something different. At The Age, we need to tease that out. Voting is an emotional, as much as a rational decision, based on values as much as the weighing up of evidence and facts. We can only explain that by talking to people in depth about their lives and their views on the role of government.

If there is disillusionment with politics and significant mistrust of the media, how does The Age approach an election campaign? We must do journalism that you can trust as accurate and fair. I am not ashamed of horse race politics – which party will win is a critical question – but that kind of coverage, if it dominates, can be superficial and poll-focused.

I dislike “how things play” coverage. I am weary of the politics of politics, and my sense is that our readers are, too. I think The Age readers are interested in the substance of politics, the issues, and they are harder to cover. We need to make the issues relevant, we need to go beyond what the parties say about them, and we need to give them a human context.

We go to this election in extraordinary times. Climate change is here. The global power balance is shifting and a terrible war in Ukraine continues. The pandemic is not finished with us. Australia got through the worst of it (so far) with huge government support, but our debt and deficit are alarming. An election campaign is a few weeks of intensity, but The Age’s job is to think about our medium and long-term interests, too. Our agenda cannot be the parties’ agenda.

There may be 151 lower house seats, but we know the national campaign is just one aspect of an election. The true contest is on the ground in marginal seats across the country, and it is hard for The Age to cover all of them well.

In Victoria, we will report on many contests, but we will go deep into two – the bayside seat of Goldstein, where Liberal member Tim Wilson is being challenged by Independent Zoe Daniel, and Chisholm in Melbourne’s east, held by the Liberals’ Gladys Liu. It is a seat Labor and its candidate, Carina Garland, are targeting.

The idea is that a senior reporter will be on the ground in those seats consistently, explaining the national campaign through the prism of a local contest. How does marginal campaigning work? What do the parties know about you through their data sources? How do issues like aged care, national security, climate change and cost of living play out in our suburbs? What are the local issues that matter?

We will be undertaking thorough coverage on seats across the country, too. I know Victorians will be interested in what is happening in Queensland, NSW, Western Australia and other states.

Our focus needs to be on two things: on the ground reporting that brings the issues in all their complexity alive, and putting our attention on the challenges that really matter, even if the major parties would rather talk about something else. We need to cover the views of a diverse country, but if there will be a bias this time, it will be towards young Australians. It is our young people who have suffered greatly during the COVID lockdowns, who struggle to buy a house, who face the reality of climate change and who search for secure and well-paid jobs.

Our coverage will be led by chief political correspondent David Crowe, political editor Peter Hartcher, senior economics correspondent Shane Wright and the Canberra team. Jacqueline Maley will make sense of the campaign with a weekly Australia Votes 2022 newsletter. You can sign up here. Our daily podcast, Please Explain, will have an election focus, with a Friday panel discussion with our best journalists and columnists.

In Victoria, our coverage will be led by deputy editor Michael Bachelard. By most assessments, this election won’t be won or lost in Victoria, but who knows? One or two seats anywhere could swing this election. We will have dedicated Melbourne-based reporters providing a Victorian perspective, including Tony Wright, Royce Millar, Rachael Dexter, Chip Le Grand, Paul Sakkal and Simone Fox Koob. Our health, education, social affairs and other teams will be diving in to explain the story behind the story.

Towards the end of the campaign, The Age will give our view about which party we believe has done enough to deserve to govern. Election editorials have little influence on the outcome, but it’s important that we have a view, as we do on other issues. The Age is not partisan, and we attempt to think through the issues independently to come to a position on which party would best serve the public interest.

So, I am taking a breath. Election campaigns are intense, often ugly, but they are a privilege in a messy liberal democracy. The Age’s job is to provide accurate and fair coverage, an important role in any democracy. Then you get to decide.

Gay Alcorn sends an exclusive newsletter to subscribers each week. Sign up to receive her Note from the Editor.