Hong Kong: How long will China tolerate embarrassing protests and will it use force?

China has accused the UK and US of interfering in the internal affairs of Hong Kong as authorities struggle to contain months of protests in the city.

It comes after fresh violence on Monday as Hong Kong police, firing rubber bullets and tear gas, clashed with anti-government protesters armed with petrol bombs and other weapons.

Here, Sky News looks at the options facing China and whether it is likely to use force to stop the protests.

How long can China tolerate this?

The protests are hugely embarrassing for China, without doubt.

The Hong Kong government and Beijing have badly mishandled the unrest. The longer it goes on the more damage is done.

There is also always the danger that it could inspire protest and disorder on the Chinese mainland.

The government’s total control of the media means most Chinese people aren’t seeing the protests in the way we are.

There is also some evidence that those Chinese who do know about it have little sympathy for the protesters, who they see as privileged and more free and so with little to complain about. 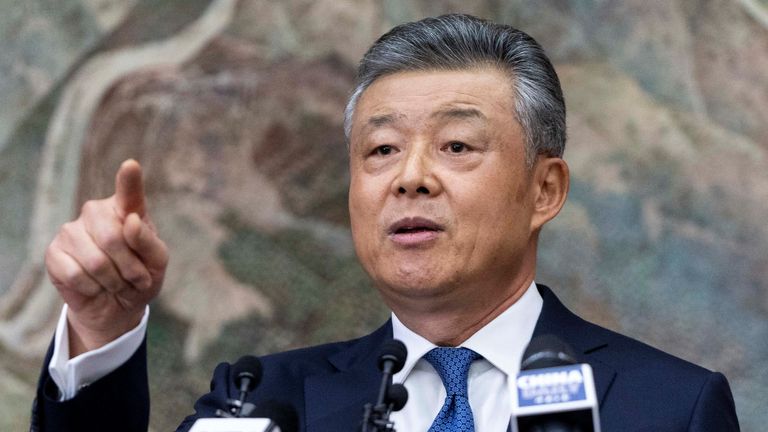 What else is China worried about?

The magic fraction to remember is two-thirds. That is the amount of China’s foreign investment that comes through Hong Kong.

That makes it hugely important to Beijing. And it will only continue if Hong Kong continues to be seen as semi-autonomous, apart from mainland China and where the rule of law remains supreme. Otherwise investors will be scared away. What’s that got to do with the protests?

Protests don’t seem to have reduced that valuable foreign investment pouring through Hong Kong. In fact it’s gone up since they began.

But if China takes any action jeopardising Hong Kong’s special status, the opposite could be the case.

Hong Kong is ruled on the principle of “one country two systems of government”. Investors like that.

If Chinese forces were to replace Hong Kong police and crush the unrest it would be waving goodbye to “one country two systems”. And farewell to a lot of foreign investment.

Is one country two systems still a thing?

Sometimes it looks like China is pulling all the strings, but it is still not getting involved directly.

It can still say this is Hong Kong’s problem and quarantine some of the fallout. As soon as it intervenes directly, it has ownership. 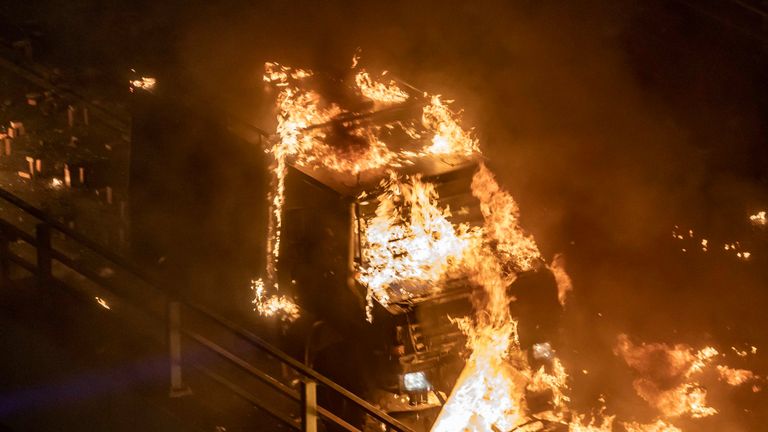 is China threatening to use force?

Not explicitly. But it has been staging very public “riot control” exercises on the mainland, showing Chinese forces tackling civilian protest.

It also has doubled its military presence. Since the UK handed back control of Hong Kong to China in 1997, Beijing has stationed People’s Liberation Army (PLA) troops in barracks there.

They are rotated on a regular basis, but last time that happened, the existing garrison did not go home so it has twice as many soldiers as normal.

But these are PLA soldiers – trained to fight wars, not urban protest. 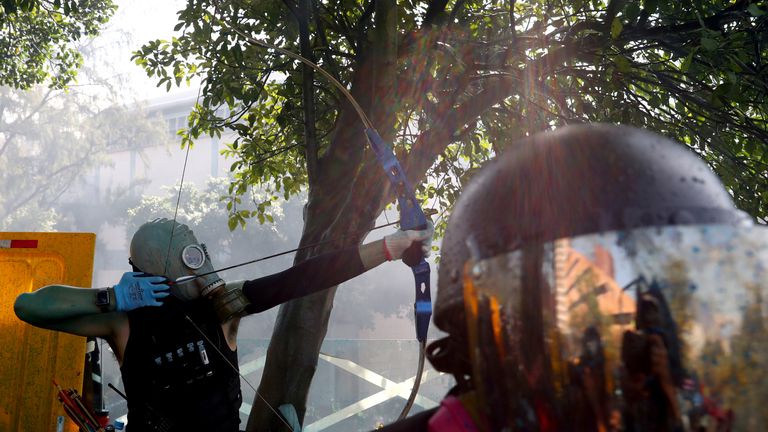 Analysts say only as a last resort.

The unrest is embarrassing and damaging but, without spreading, it is not an existential threat to the Chinese communist regime. So why risk jeopardising all that foreign investment?

What else are Beijing’s options?