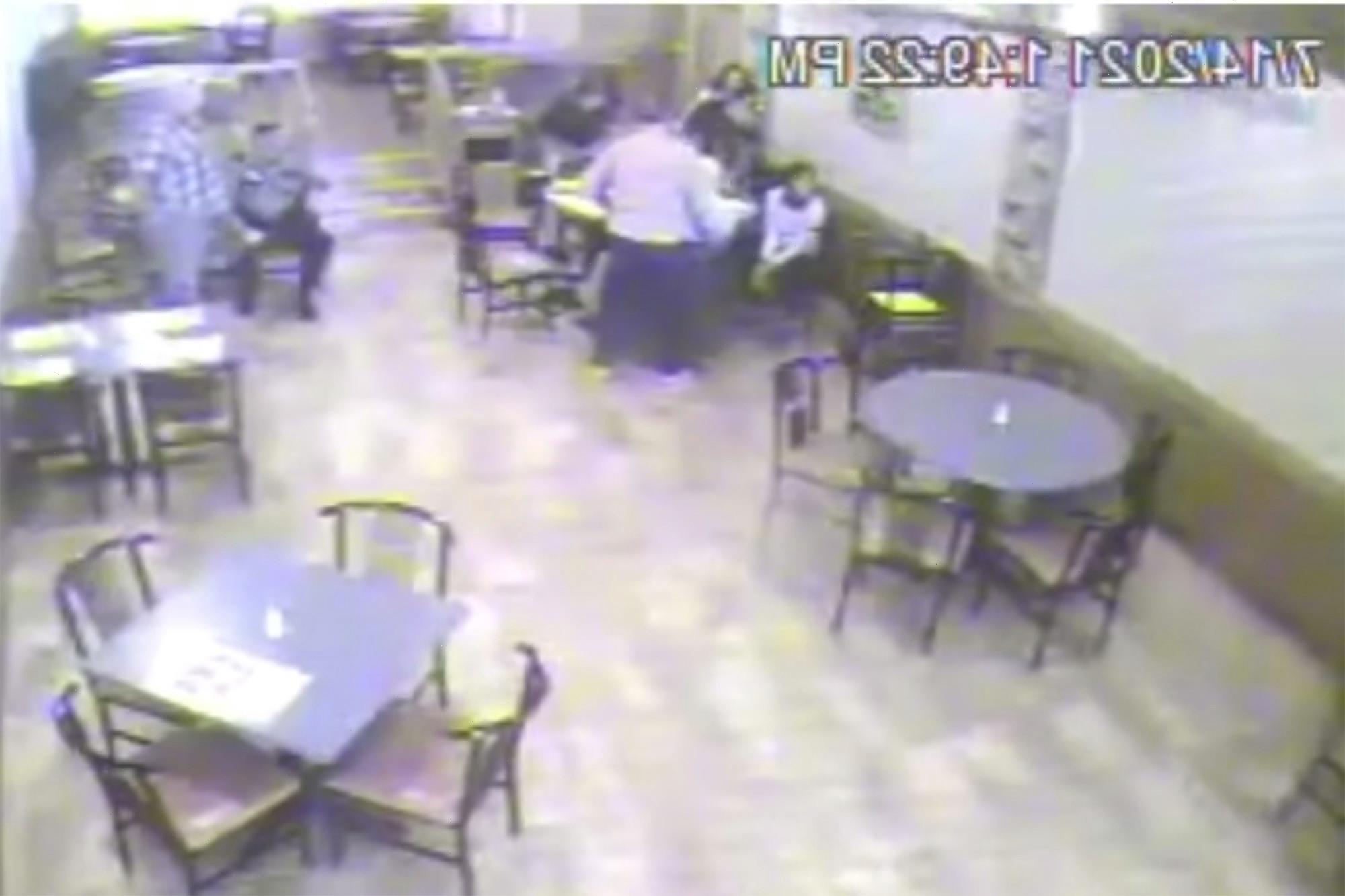 A New Jersey cop who was taking his lunch break at a local pizzeria sprang into action and saved a young girl’s life when she choked on her food at a nearby table, his department said Monday.

The terrifying incident took place inside the Cafe Napoli restaurant in Manchester Township, NJ, where it was recorded by a video surveillance camera on July 14, according to a post on the Manchester Police Department’s Facebook page.

The 32-second clip shows Det. Richard Jupinka, who was on-duty at the time, immediately get out of his chair and approach a group of diners when he realized that a girl among them was choking and couldn’t breathe, the department said.

The stricken girl’s uncle tried unsuccessfully to apply the Heimlich maneuver, at which point Jupinka took over and quickly used the emergency technique to dislodge the food blocking her windpipe, the department said.

“Thankfully, one of our officers was in the right place at the right time,” Manchester Police Chief Robert Dolan said in a prepared statement.

“Had he not been there, this incident could have ended much differently.”