Outrage in Pakistan after girl, six, is raped, tortured and bludgeoned to death with a stone before being dumped in a sack

A six-year-old girl has been raped, tortured and bludgeoned to death with a stone before her body was dumped in a sack in Pakistan.

The child, named locally as Seema, left her home to go outside and play in the city of Nowshera, in the north of the country.

But when she failed to return home, mosques played calls on their loudspeakers on behalf of the girl’s parents. 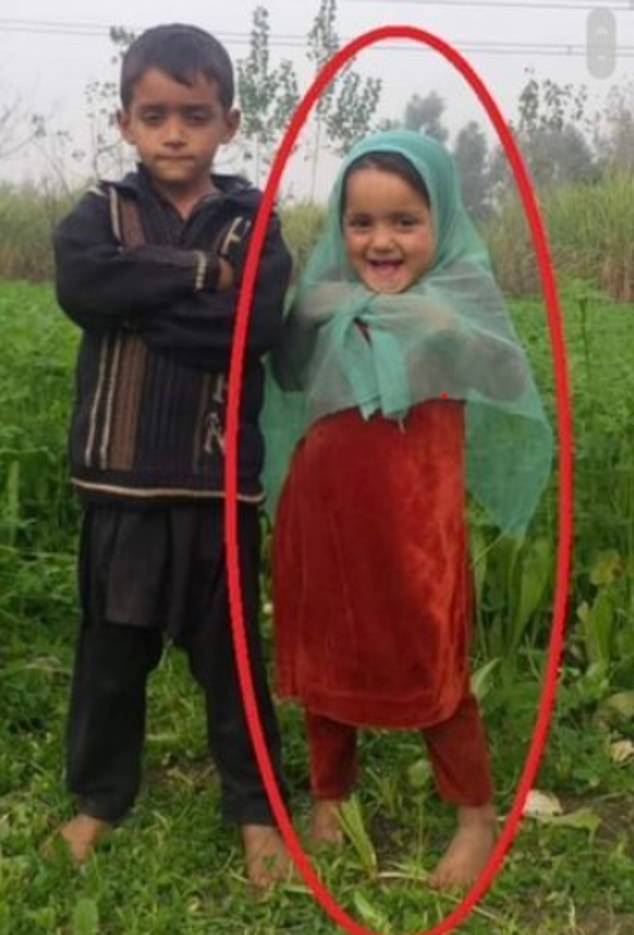 Outraged social media users posted pictures of Seema, one with another child who is perhaps her brother, and another horrific image of the child’s dead body, her face marked with bloody and blue bruises

People helping in the search for Seema discovered a sack in a field and called the police, Gulf News reported.

Police said that she had been tortured before her death, struck over the head and other parts of her body with a stone repeatedly.

Outraged social media users posted pictures of the girl, one with another child who is perhaps her brother, and another horrific image of the child’s dead body, her face marked with bloody and blue bruises.

Human rights group Voice of Pakistan Minority, tweeted: ‘Once again an angel left the Earth in pain and tears. A 6 yr old girl, Seema from Bajaur was raped and brutally murdered in Nowshera. Is this the kind of atmosphere we are creating for our children?’

It is not clear whether the police have any suspects or if arrests have been made.

Earlier this year the city of 120,000 was rocked by the case of an eight-year-old girl who had been raped and murdered.

The girl had gone to classes at the local madrassa in January and had not returned home in the evening. Two men were later arrested on suspicion of raping and killing the child.