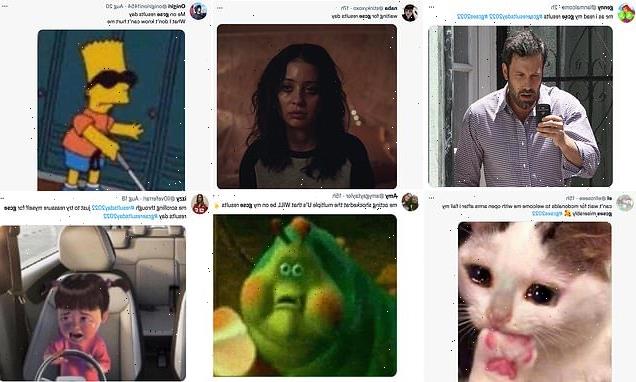 ‘Ready for the tears tomorrow’: GCSE pupils flood Twitter with memes expressing their anxiety at getting their grades back

Nervous GCSE students have flooded Twitter with memes expressing anxiety at getting their results tomorrow.

More than half a million 15 and 16-year-olds will pick up their results tomorrow across the UK after exams were held for the first time since teacher-assessed grades were introduced during Covid lockdowns.

But a new report by the Centre of Education and Employment Research at Buckingham University found there will be 230,000 fewer A or 7 grades across the country. 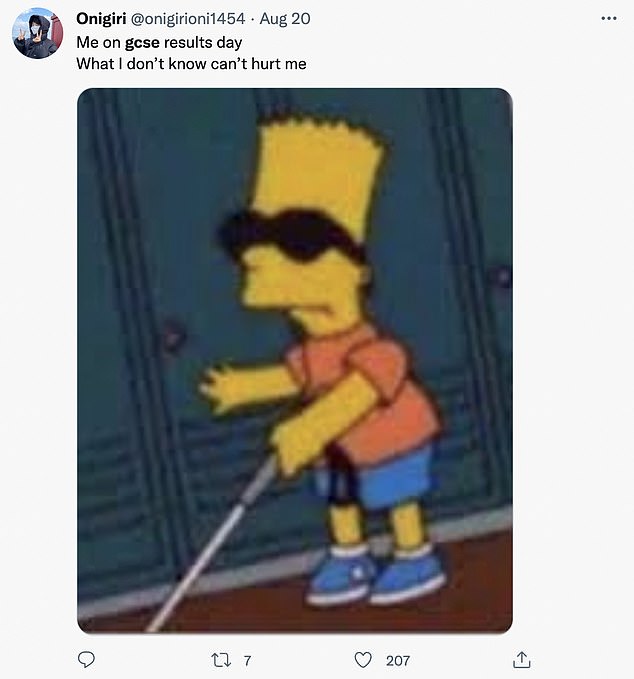 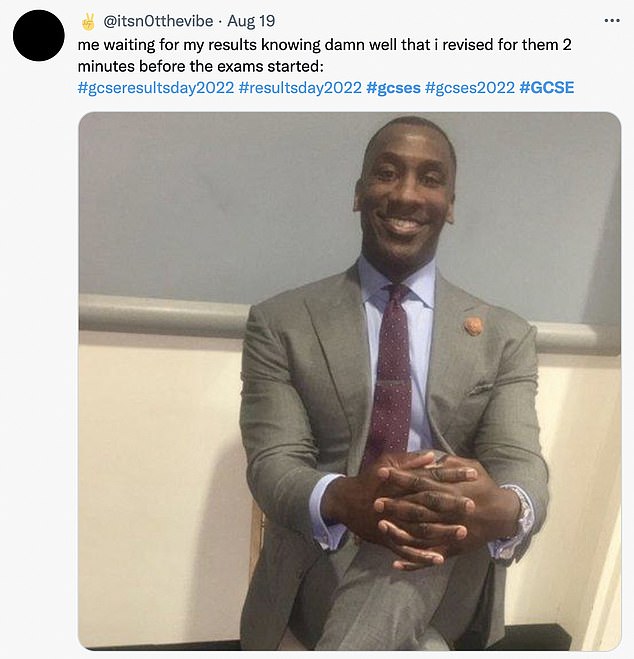 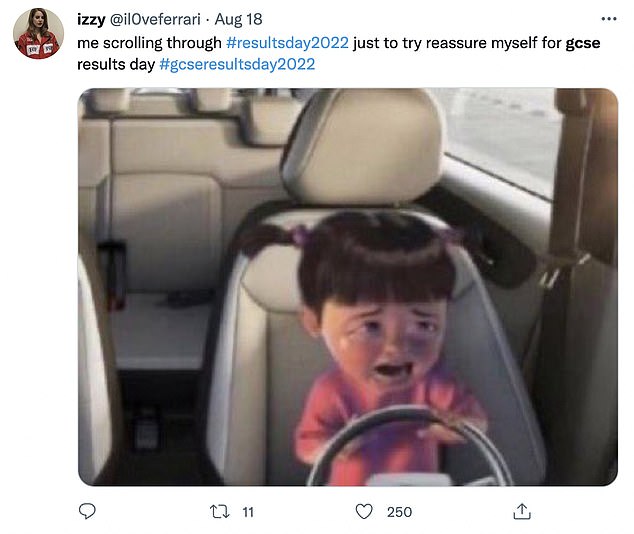 And the pressure seems to be getting to students, who have taken to social media to vent their nerves.

One posted a picture of Bart Simpson wearing sunglasses and holding a white cane alongside the caption: ‘Me on GCSE results day. What I don’t know can’t hurt me.’

Another one used a picture of Shannon Sharpe – an American football player who was widely used in memes over the last year after he uploaded a series of pictures in new suits – and wrote: ‘Me waiting for my results knowing damn well that I revised for them two minutes before the exams started’.

Sharpe has been used by students because the setting for his suit snaps resembles a classroom and makes him look like an enthusiastic teacher.

Experts said that boys are still lagging behind girls as they were ‘inclined to escape to their PlayStations’ in lockdown, meaning they got less work done. 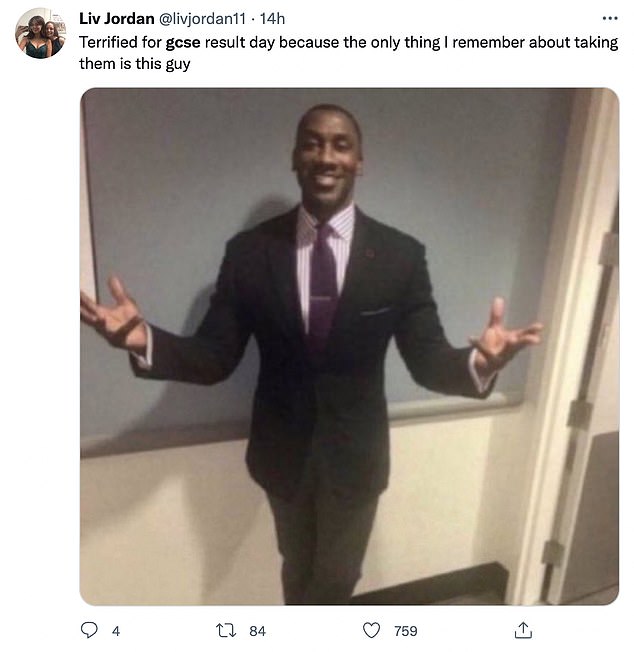 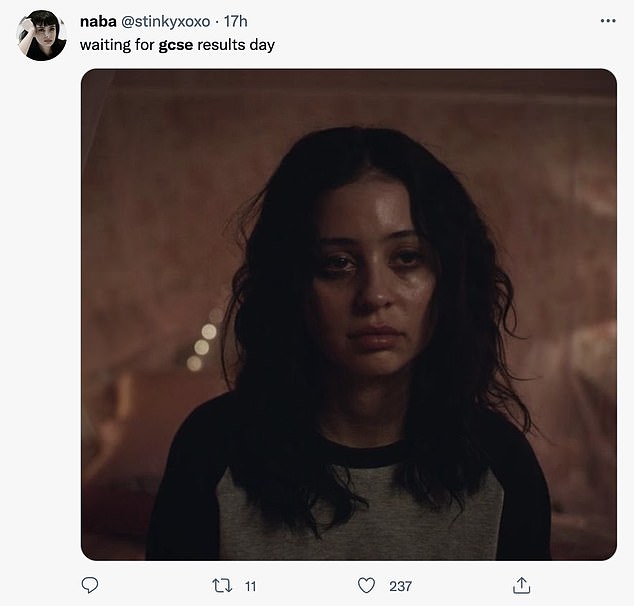 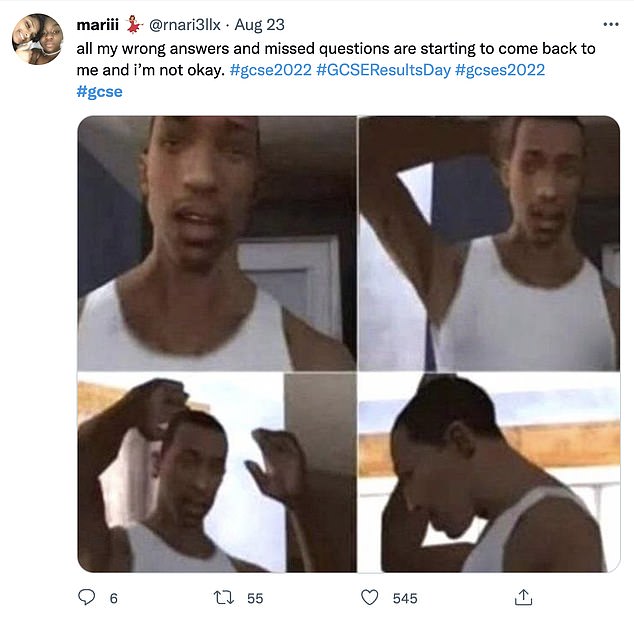 And the pressure seems to be getting to students, who have taken to social media to vent their nerves

The Department for Education said: ‘In line with the plans set out by Ofqual, and as part of the transition back to pre-pandemic grading levels, GCSE grades this week will be higher than in 2019 but lower than in 2021.’

Report author Professor Alan Smithers said: ‘In 2022, we can reasonably expect to see a drop in top grades, with many more failing to reach the pass level.

‘In England, the biggest percentage fall will be at Grade 9s and many more will fall below Grade 4.’

His report also suggests that boys will fail to catch up with girls, who have been ahead since 1988 and jumped ahead further during the pandemic.

Research has suggested a return to exams could benefit boys as they perform better under pressure. 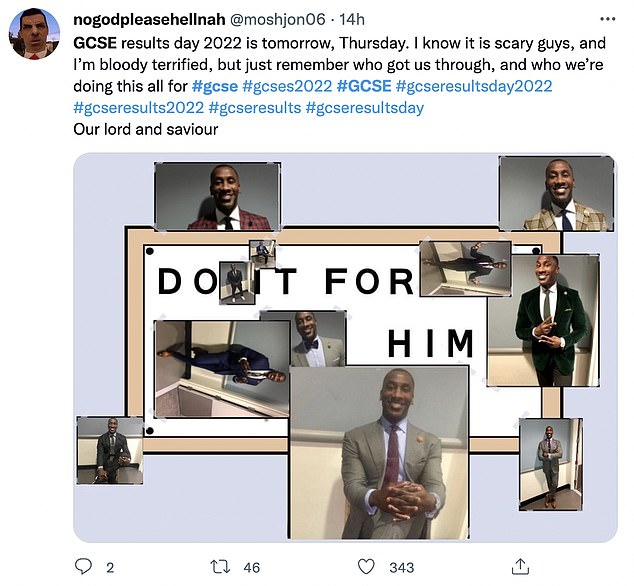 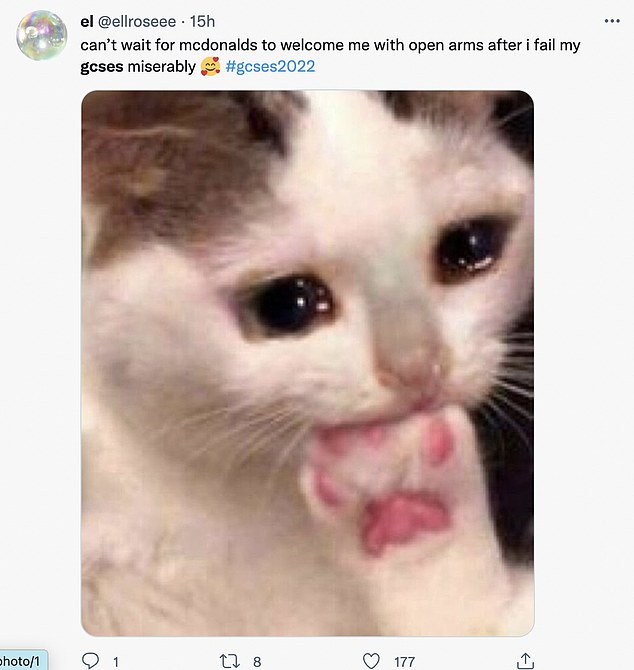 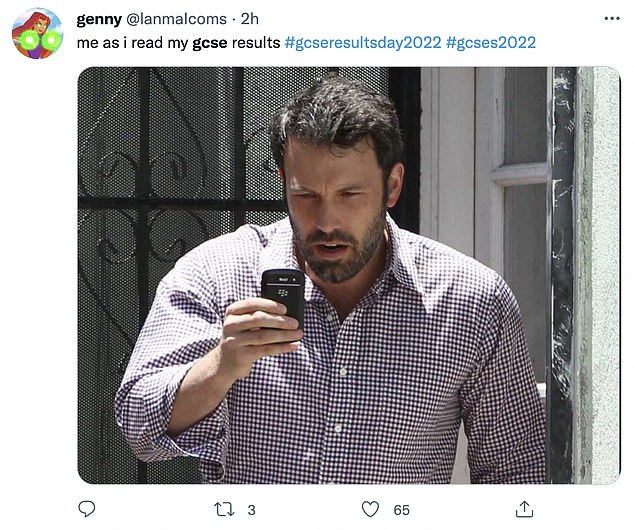 Experts said that boys are still lagging behind girls as they were ‘inclined to escape to their PlayStations’ in lockdown, meaning they got less work done

But Professor Smithers said: ‘With the return to exams, the gap might be expected to narrow, but evidence is stacking up that during lockdown boys were inclined to escape to their PlayStations, while girls applied themselves more consistently to the work schools set.’

In addition, he said the style of exams this year benefits girls, as they tend to be better at a working solidly for a longer period.

‘The easier exams with advance notice of question topics is more like remembered course work than demonstrating genuine understanding, so that they reward consistent effort – which is one of girls’ strengths,’ he said.

He said he expects girls to remain ‘a long way ahead of boys with only a small narrowing of the gap from the return to exams’. 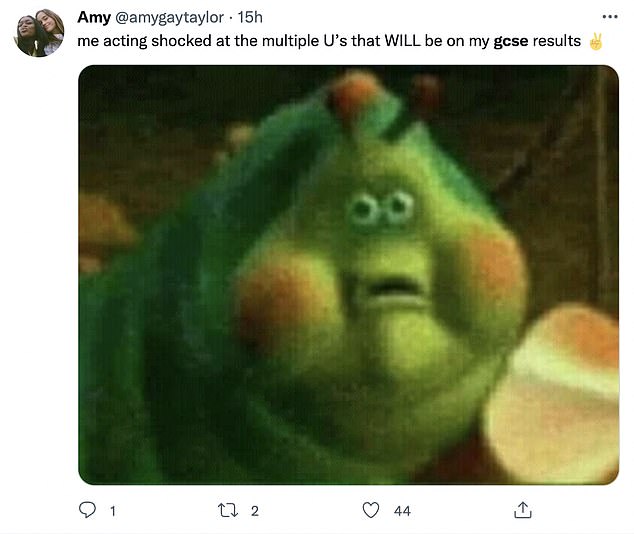 Girls had a lead on boys last year of nine percentage points at 7/A.

Last year, the proportion of GCSE entries awarded top grades surged to an all-time high after exams were cancelled for the second year in a row due to Covid and students were instead given results determined by their teachers.

Officials are moving grading back to 2019 levels in two steps, with one further plunge expected next year.

Lates News:
2022-08-24
Previous Post: Ethereum Merge in trouble? Developers find bugs ahead of the planned update
Next Post: Biden to Cancel $10,000 in Student Loan Debt for Borrowers Earning Less Than $125,000