A FREAK tornado swept through an Essex airfield today causing millions of pounds worth of damage to aircraft.

Forty helicopters and planes were blown around by the force of the 20-second twister, which wreaked havoc at Stapleford Aerodrome. 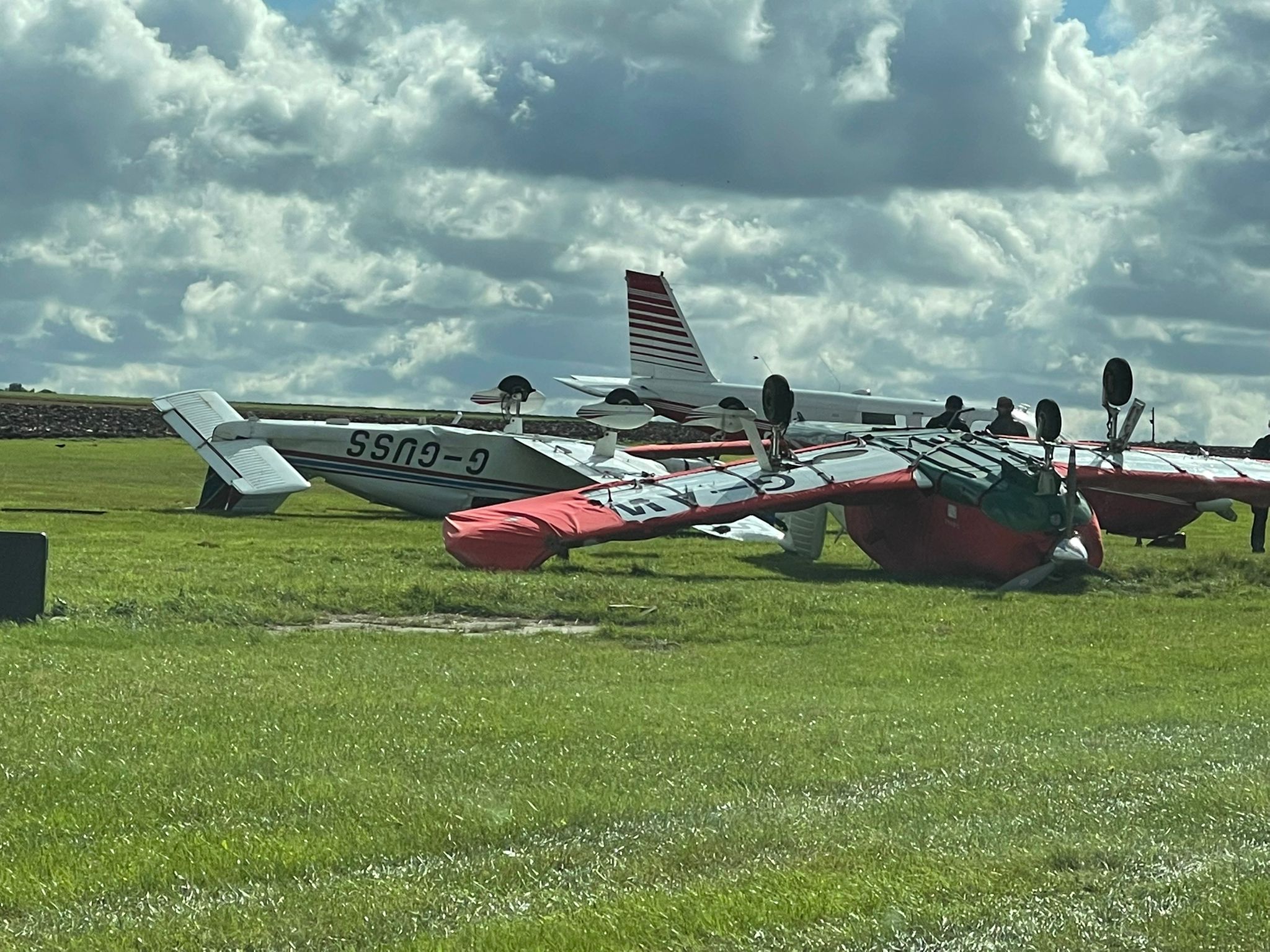 A new silver and blue Aerospatiale helicopter — worth more than £1million — was tossed on to its side and its rotors smashed.

Other choppers were spun in circles by the monstrous gust.

Cessna light aircraft were among at least eight planes damaged overnight, with some flipped over on to their roofs.

The airfield is less than ten miles from Brentwood, where Gemma Collins, below, and pals film The Only Way Is Essex. A source told The Sun yesterday: “Staff arrived to a scene of complete chaos.

“Fixed-wing planes and helicopters were strewn across the airfield on their roofs and doors were ripped off hangars.

“The tornado seems to have cut a path through the parked aircraft — some were wrecked while others a few yards away never moved. The damage will run into millions.”

Sources said the flipped aircraft will probably be written off, while helicopters and planes spun around or moved will all require costly repairs and full safety inspections.

The UK gets around 30 small tornadoes each year, caused by a build-up of low pressure which creates a swirling column of fast-moving air.

Aerodrome bosses did not respond to requests for comment. 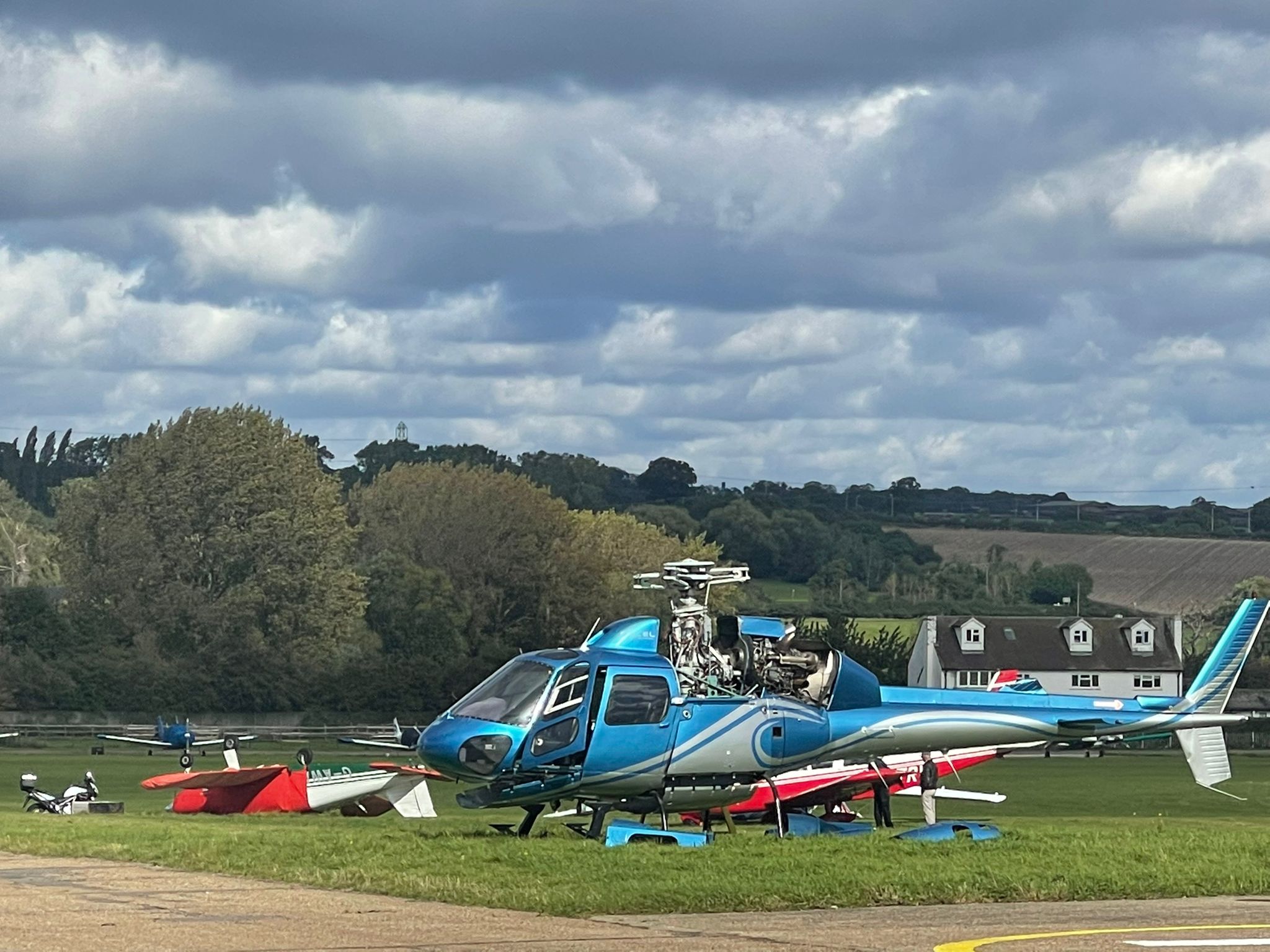