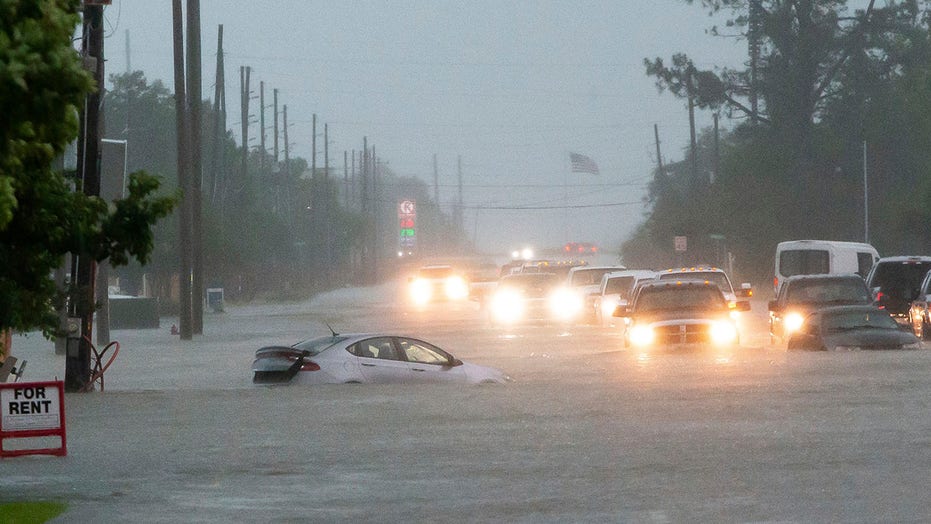 Residents across states along the Gulf Coast and South Central U.S. continued to feel the impact of dangerous flooding and severe weather conditions Tuesday.

At least two are dead in Louisiana following historic rainfall levels that forced the water rescues of hundreds and the closure of roads and highways.

In a news conference on Tuesday with Gov. John Bel Edwards and Louisiana State Police, authorities told reporters that the bodies of 33-year-old Justin Blaine Thompson and 40-year-old Alvarado Morentes Hermelindo had been recovered and another person was missing. Thompson’s body was found in a stranded vehicle that became trapped by rising floodwaters; Hermelindo was found dead after his car crashed into a canal Monday.

Edwards also reported that two additional deaths had been linked to Baton Rouge power outages and that tens of thousands had lost power in the state by Tuesday morning, according to local station WBRZ. 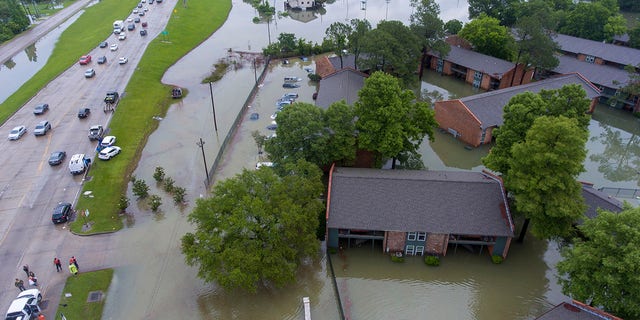 “Unfortunately, more rain is on the way,” Edwards said. “While we hope that the worst of this rainfall is behind us, we can’t be sure of that.”

Power outage tracker PowerOutage.US showed Wednesday morning that most outages had been restored in the state, although about 53,000 customers were left in the dark in Texas.

The community of Lake Charles, still rebuilding from last hurricane season, was slammed by nearly 18 inches of rain and hundreds of homes were reported to have been affected.

Social media video showed parents picking up their children from school in kayaks.

While southern Louisiana schools closed Monday and Tuesday, The Advocate said some schools in Baton Rouge would reopen to students Wednesday.

Louisiana State University – which announced on Twitter it too would close – said the college would reopen Wednesday but advised students and faculty to avoid driving on nearby Stanford Avenue “as there may still be standing water along that route to campus.” 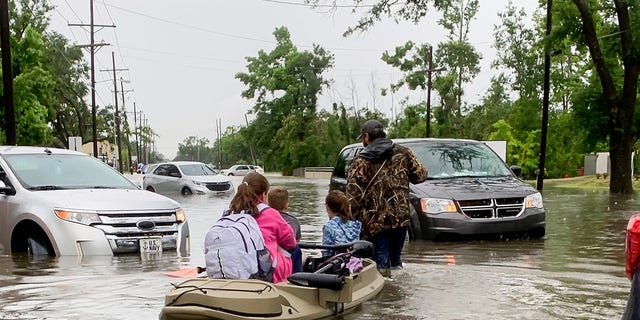 Parents use boats to pick up students from schools after nearly a foot of rain fell in Lake Charles, La., Monday, May 17, 2021. (Rick Hickman/American Press via AP)

“If you are unable to travel safely to campus due to your own particular circumstances, please contact your supervisor as soon as possible,” the school said. “Supervisors are asked to be flexible with those who have extenuating circumstances.”

The National Weather Service (NWS) warned Wednesday that the flood risk is set to continue and that flash flood watches are in effect for large parts of the “ArkLaTex.” on Wednesday, extending to southeastern Oklahoma.

The agency’s Weather Prediction Center has issued a moderate risk of excessive rainfall over the central and western Gulf Coast through Friday as more showers and thunderstorms pound the region.