Fisherman catches monster stingray that weighs more than a lion 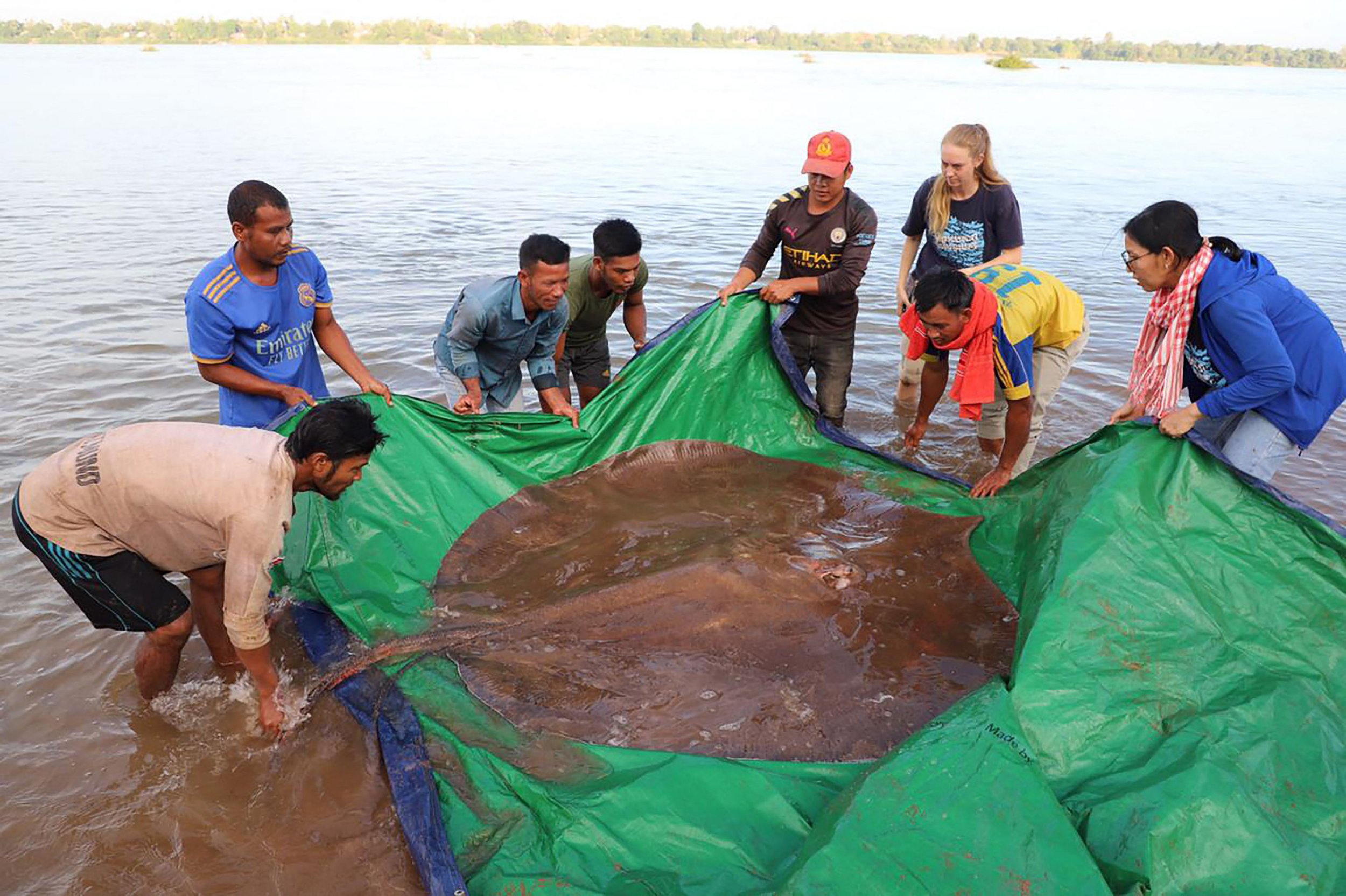 A rare stingray weighing 181kg and measuring 13 feet in length was caught in Cambodia.

Fishermen on the Mekong River got a shock when they saw the female giant fish – one of the rarest freshwater species in Southeast Asia.

Sin Piseth, a river guard from the village of Koh Preah, told the Phnom Pen Post that local angler Korn Sopheap caught it by accident.

‘After he saw that he caught the giant stingray, he called out to villagers to help him as the stingray dove further into the water in the middle of the river but remained hooked on his line,’ Mr Piseth said.

When villagers realised what a rare discovery it was, they contacted Wonders of the Mekong project, which studies the biodiversity of the river.

Unbelievable pictures show the stingray on a green plastic cover after being hauled onto it by eight people. It was then tagged and released in the river.

In comparison, the animal was as heavy as a male lion, which weighs around 180kg. The animal’s tail was also measured at over six feet long.

‘The fisherman said he wants to help conserve giant trout, an endangered species in the Mekong River,’ the project wrote on their Facebook page.

‘He also immediately contacted the Mekong Miraculous Project team and asked to label, measure and release it back to nature.’

According to Pheng Boeun, head of the Koh Preah fishing community, the local organisation gives villagers incentives to report such rare discoveries.

This is also not the first time a giant stingray like this one has been caught by fishermen by accident.

‘In the Mekong River in Siem Bok district, there are many such stingrays,’ Mr Boeun added.

‘Many of them that weigh between 30 and 40kg have been caught in the past and were then released.’