Father, 58, who’s one of UK’s longest-suffering coronavirus patients finally goes home after six-month battle that left him needing to re-learn how to walk

One of Britain’s longest suffering coronavirus patients has finally been released from hospital – after six months.

Mark Gregory was admitted to Weston General Hospital, Somerset, in April after contracting the virus.

Despite having no underlying health conditions, the 58-year-old’s condition quickly deteriorated and he was placed in a coma for four weeks.

His treatment included dialysis and blood transfusions to help boost his immune system, according to the Bristol Post.

After also contracting pneumonia and a bacterial infection, Mr Gregory spent a total of two months in intensive care before beginning his recovery, which included learning to walk again and use his arms.

Upon returning home by ambulance on Tuesday to banners and balloons, Mark said: ‘It’s great. Six months is a long time.

‘That was the main thing.’

Mark, who his family say had no underlying health conditions aside from his weight, has had to learn to walk again after coming out of a coma.

His family said they were told to prepare for the worst shortly after his hospital admission. 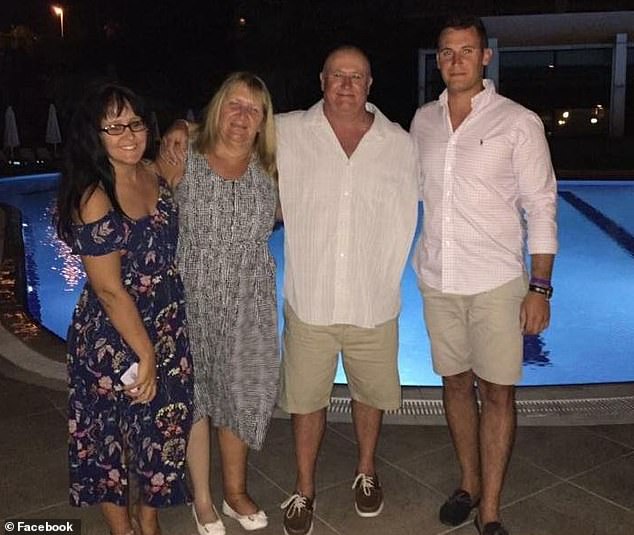 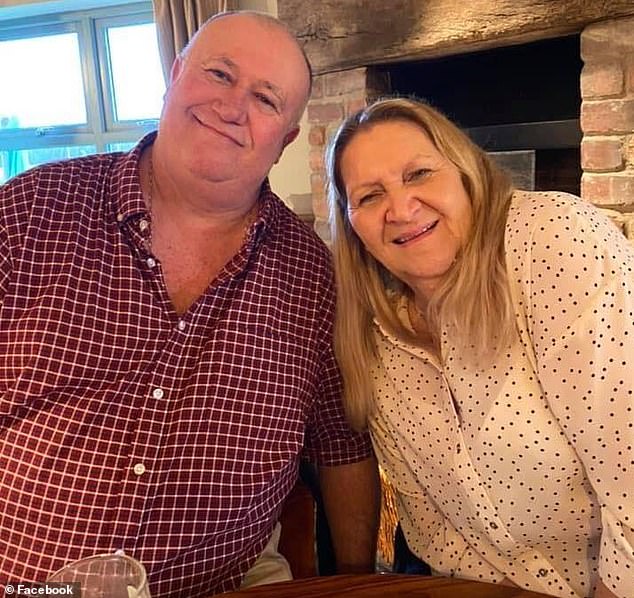 Mark’s wife, Yvonne, pictured, said they were told there was a chance he wouldn’t make it when he was first admitted to hospital and was put in a coma as he fought the coronavirus

Who are the UK’s long suffering Covid-19 patients?

Derek Draper – the husband of TV presenter Kate Garraway – is widely believed to be the UK’s longest-suffering patient still receiving treatment in hospital.

Former political adviser Draper, 53, was admitted to hospital with COVID-19 on 28 March and has just spent his 184th day in and out of intensive care.

Fatima Bridle, 35, fell ill with coronavirus after returning to the UK from a month-long trip to Mohammedia, Morocco.

She was in a coma for 40 days and had to be put on a ventilator when her lungs collapsed, spending 105 days on the life-saving machine.

Anil Patel, 63, tested positive for Covid-19 at the beginning of May after he collapsed at his home in Chadwell Heath.

He was then admitted to King George Hospital in Ilford where he spent four months in intensive care, and two of those under sedation.

Last week, he was finally discharged from hospital, 149 days after being first admitted.

Yvonne Gregory, Mark’s wife, added: ‘The doctor phoned us and said ‘I’m sorry to give you the bad news but Mark’s very sick and there’s a chance he won’t make it’.

‘And then we got another call half-an-hour later to say his organs are shutting down and we won’t resuscitate him if anything goes wrong.

‘We waited the whole day and prayed so hard that he would pull through.’

His daughter Stacey added: ‘To hear that was heartbreaking. So people need to take it seriously – it’s not a joke.

‘I missed him so much. It’s been hard for us as a family but he’s home so we’re so happy.’

It could be years before Mark fully recovers from his battle with coronavirus but having returned home, he said he is now looking forward to a cup of tea – or a beer.

‘I don’t wish [coronavirus] on anybody,’ he added.

‘People have got to realise how serious it is.’

Before being hospitalised with the virus, Mark – who installs security gates for a living – had become very unwell with coughing, bad headaches and shivering among the symptoms.

When it got to the point where he was struggling to breath and was unable to finish a sentence, an ambulance was called and he was admitted to the ICU where he was tested for coronavirus.

Department of Health statistics showed the grim milestone had not been hit since June 17, when 110 lab-confirmed fatalities were added to the tally.

For comparison, 76 deaths were registered last Tuesday as well as 50 on Monday — but counts on Mondays can be affected by a recording lag at weekends.