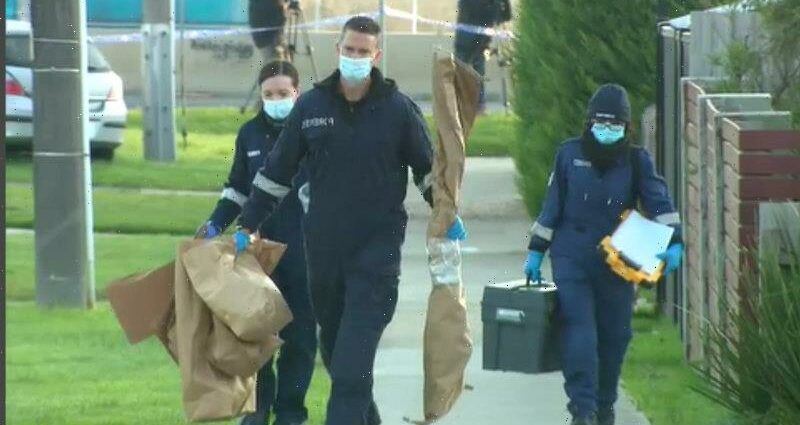 Police say the fatal shooting of a man in Melbourne’s outer east is unrelated to a spate of gun crime on the other side of the city that saw a former outlaw motorcycle gang member peppered with bullets outside a funeral at the weekend.

Emergency services were called to Lecky Street, Cranbourne, about 8pm on Wednesday after reports a man had been shot. 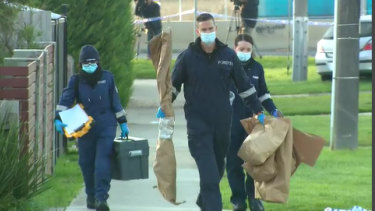 Forensics officers at the scene of Cranbourne homicide.Credit:Nine News

When police arrived, a man was found dead in the street.

Inspector Dean Thomas, of the homicide squad, said police were investigating whether an argument at the property earlier in the night had escalated, and were looking into reports that a man returned to the property after that argument armed with a shovel.

That man, police said, suffered fatal gunshot injuries soon after, and people at the Lecky Street home will now be questioned by detectives, among them a 49-year-old man who remains in custody.

No firearm had yet been found, Thomas said, but a black four-wheel drive parked on the street was being forensically examined. 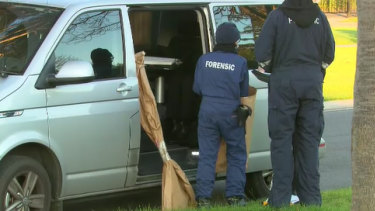 A shovel is taken away for further examination.Credit:Nine News

“The crime scene is still being examined, that’s a meticulous process that takes quite some time,” Thomas said.

The killing is the latest in a string of shootings in Melbourne in recent weeks.

On Saturday, former Mongol bikie Suleiman “Sam” Abdulrahim – known in boxing circles as “The Punisher” – was shot multiple times as he left a funeral in Fawnker. The 30-year-old is recovering in hospital, but the attack has prompted fears of retaliation attacks.

Then, on Wednesday morning, an Epping home was blasted with bullets. Although that shooting was unrelated to the funeral attack, it did follow a similar drive-by shooting on a home at Pascoe Vale on June 14.

Inside the Epping home on Broadleaf Drive were five people, including 18-year-old Murtada Alessawi, who had been bailed to that home last week following the incident at Pascoe Vale.

Thomas said there was no evidence to suggest the Cranbourne death was connected to any of the recent attacks but said police were concerned about the spate of gun violence.

“Although it is early in the investigation, we have not yet found any link to any broader organised crimes groups with this particular incident,” Thomas said.

“Victoria Police are very concerned when firearms are used in the commission of any crimes. But I can assure the community Victoria Police is working very hard in relation to [all] those matters.”

Other fatal shootings in Victoria this year have happened in Mordialloc, Wodonga, Warburton and Mickleham.

While there have been more gun deaths so far this year compared to the same time last year, Thomas said non-fatal shootings were on the decline.