STUNNING retro pictures have offered a glimpse inside a popular jazz club where bikini-clad dancers and military men partied in London during the 1950s.

The incredible images dating from 1951 show the bustling nightlife in Soho's Sunset Club – known for its live jazz music which played until 7 am. 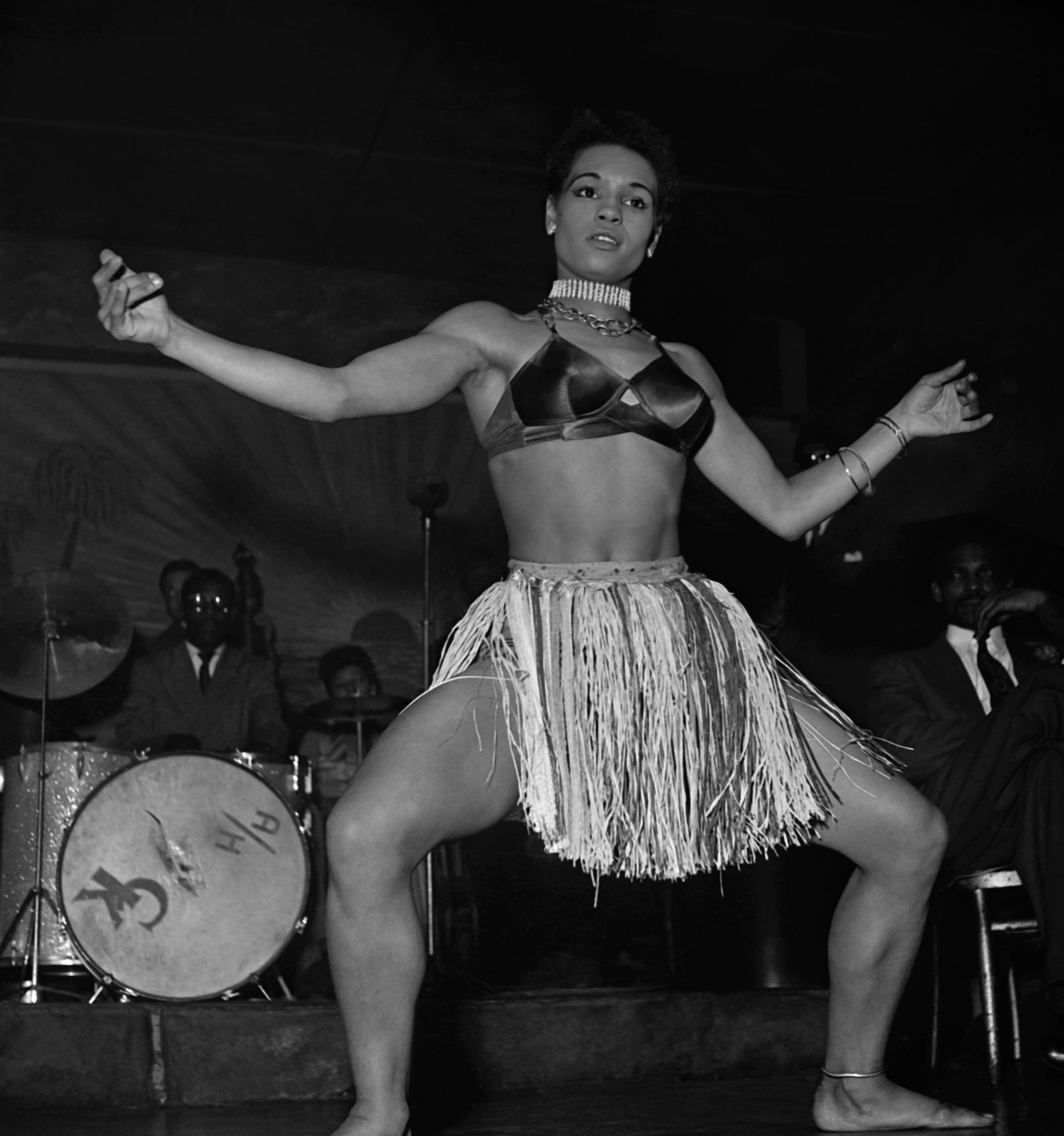 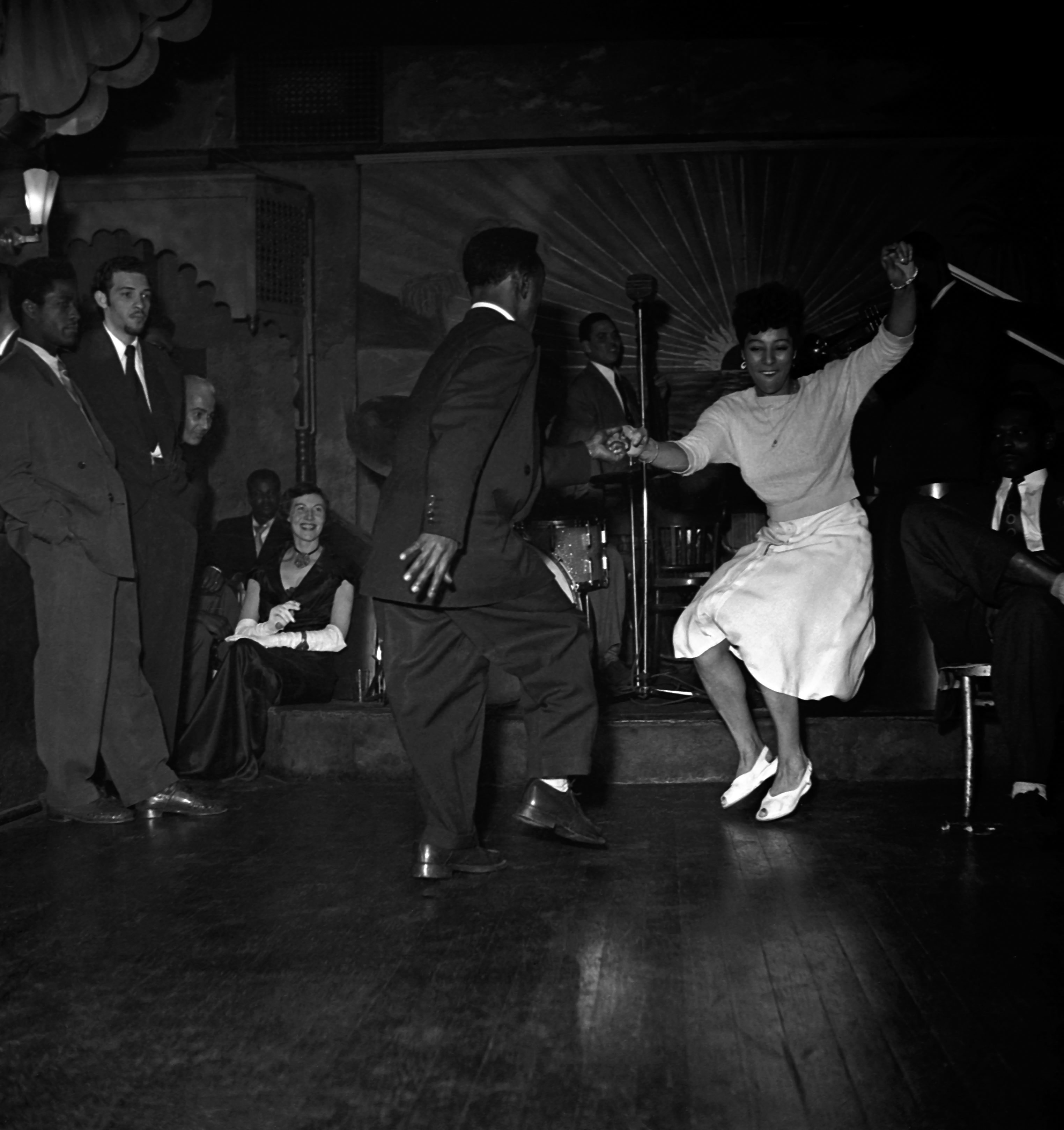 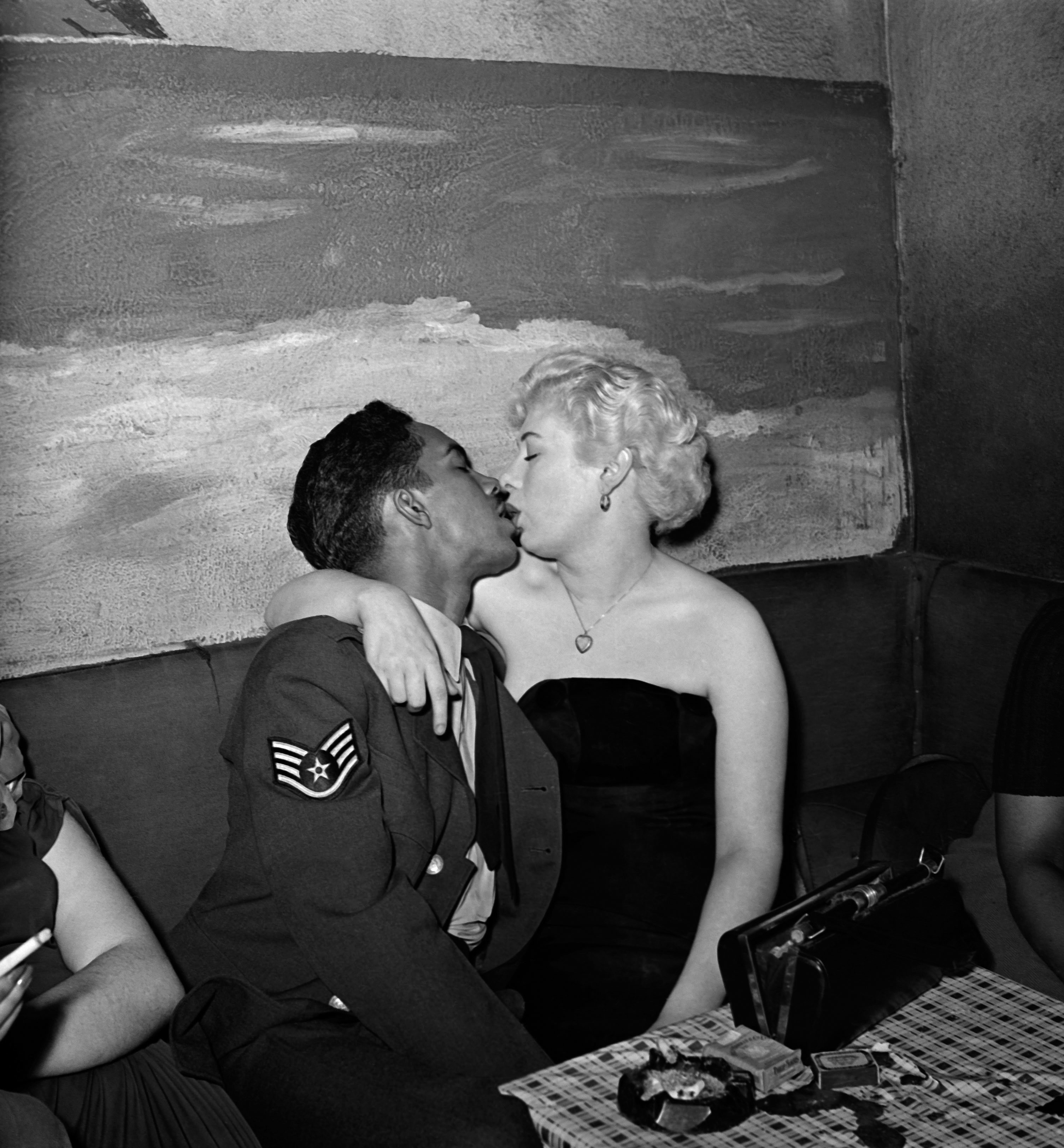 Other striking shots show an interracial couple kissing in the corner, club-goers dancing the night away and musicians playing into the early hours of the morning.

At a time when immigrants from the Caribbean faced intense discrimination in Britain, pictures from the Soho jazz club seem to depict a happy co-existence.

Racism in the 1950s was rife, culminating with the Notting Hill race riots where African and Caribbean migrants faced violent attacks across the capital.

However, London's Soho area acted as a meeting place for many to appreciate and enjoy jazz and calypso music.

The remarkable photos were taken at the Sunset Club in London’s Carnaby Street in 1951 and were recently discovered by Topfoto in their extensive archives.

50 Carnaby Street in London's Soho district has been the site of many iconic nightclubs – including the Blue Lagoon Club in the 1940s and the Sunset Club in the 1950s.

They were often run for and by the black community, with calypso and jazz music dominating the performances. 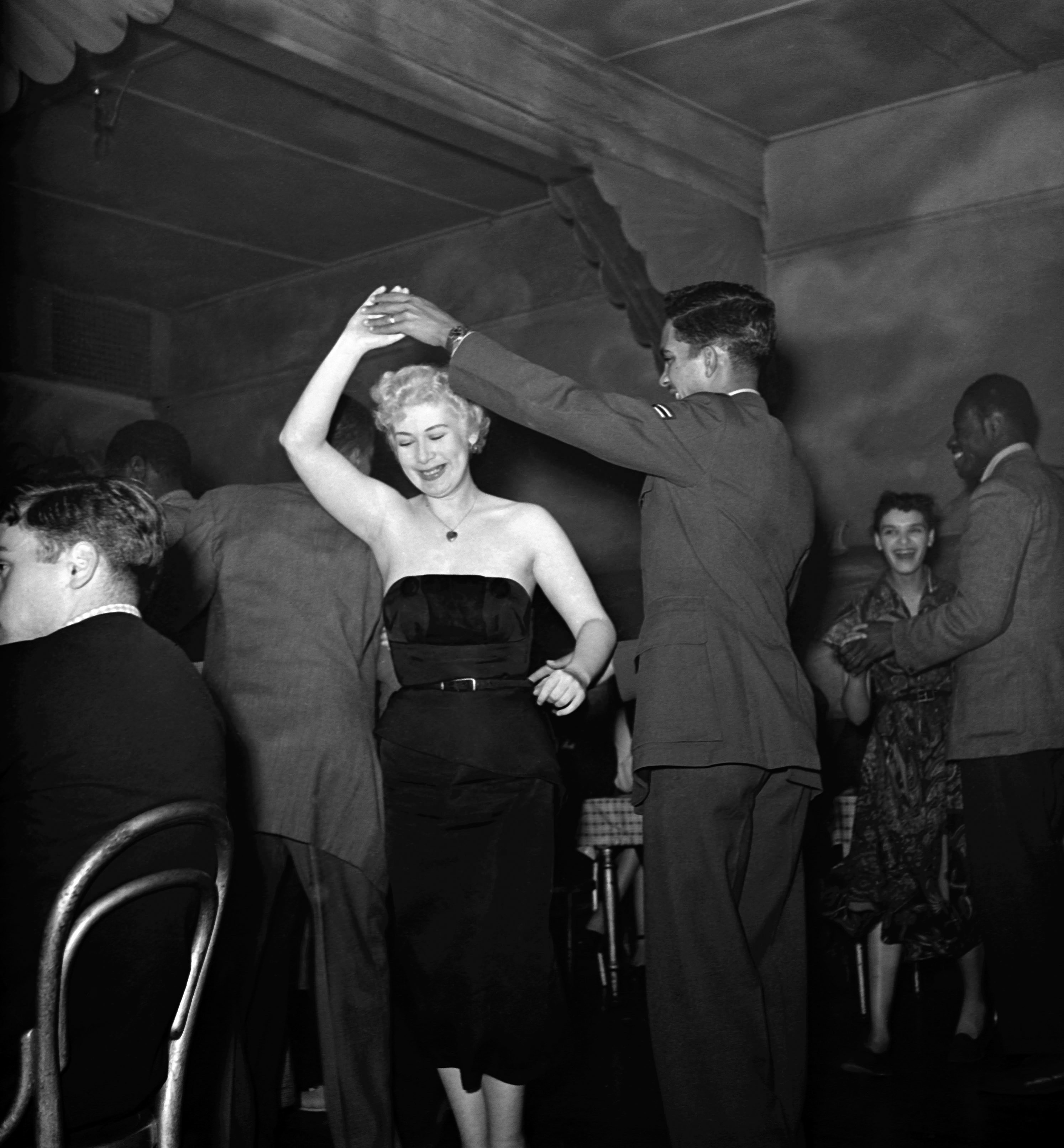 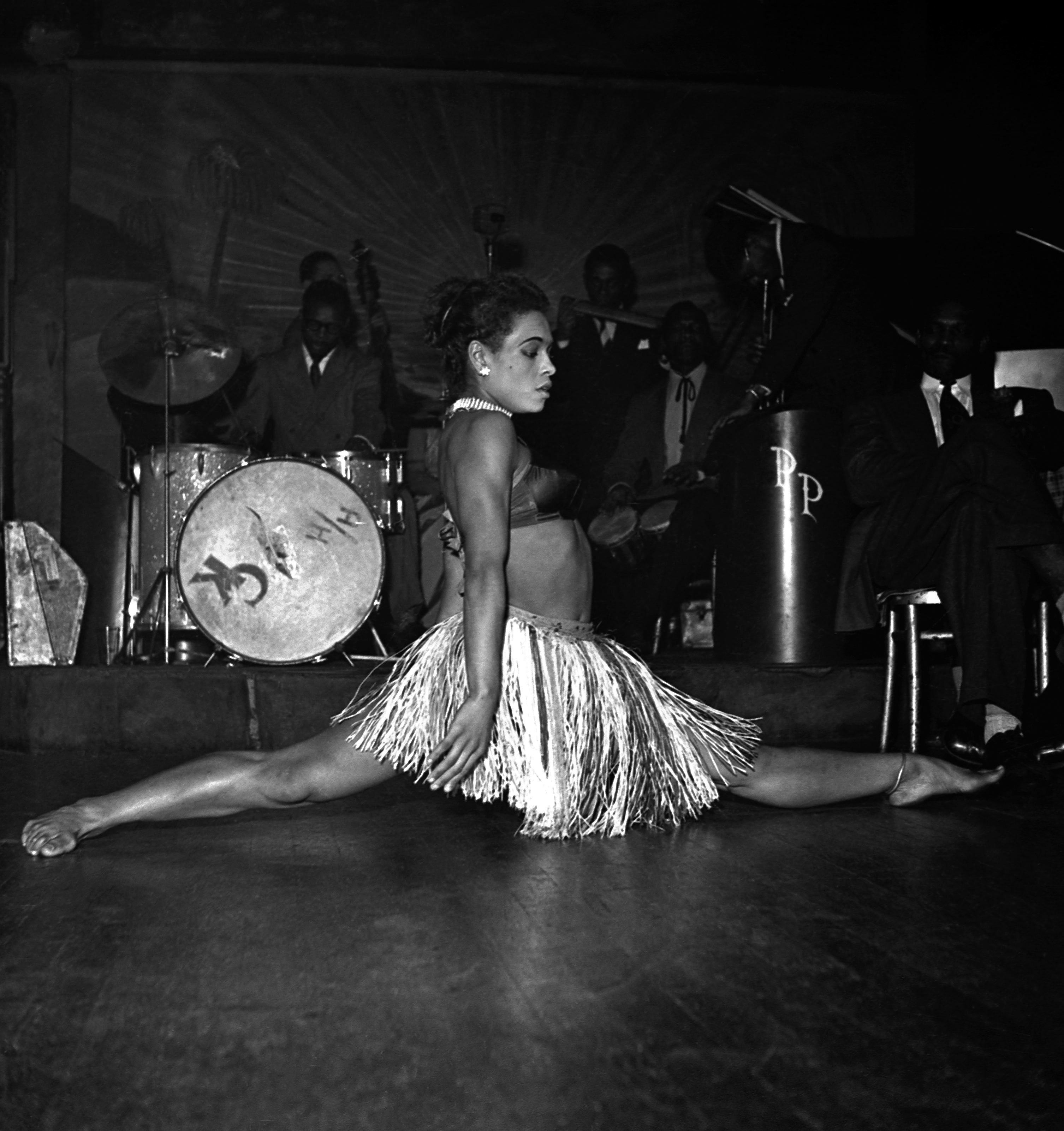 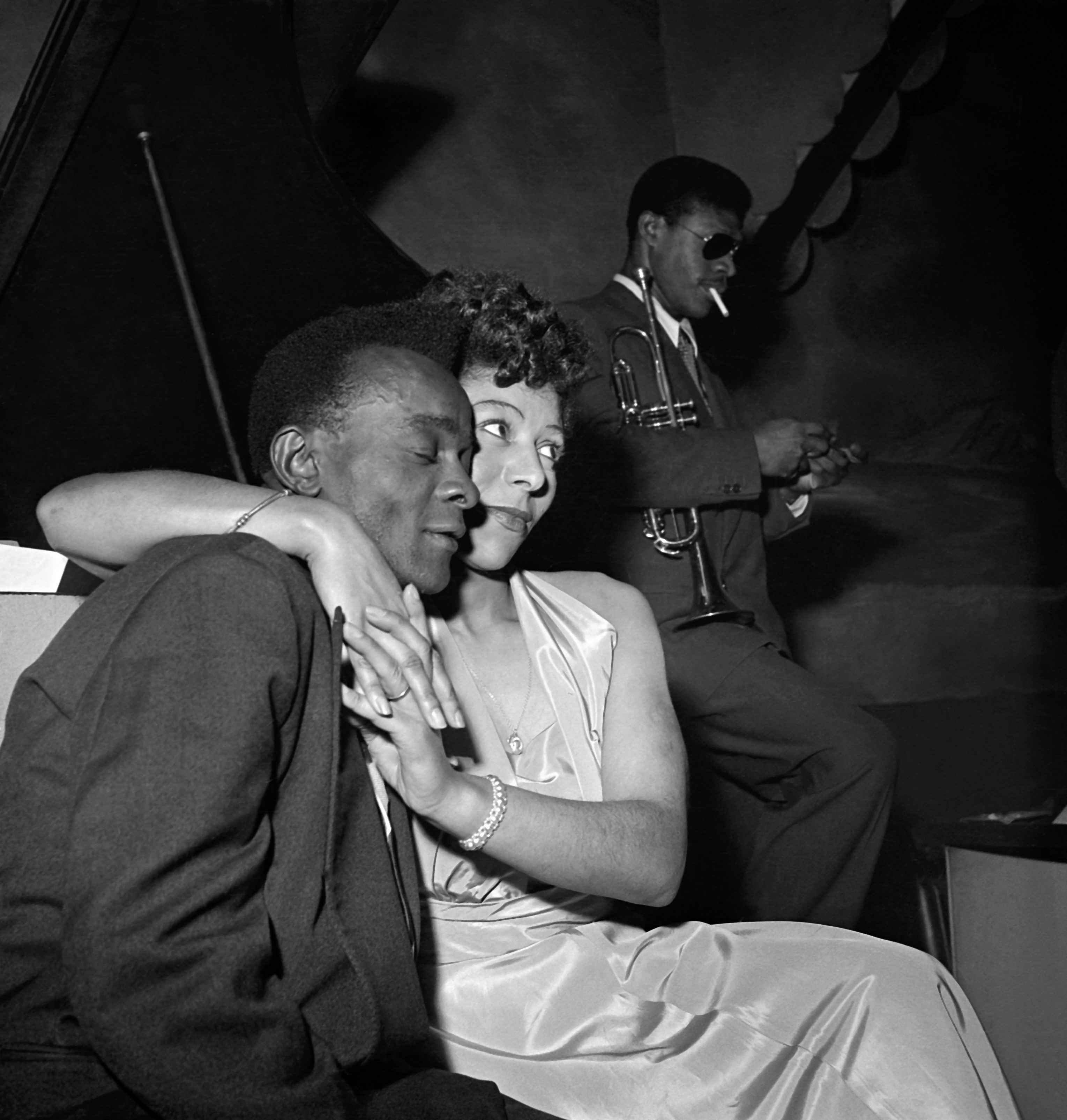 Sunset Club was known for being a racially mixed club where music was played until seven in the morning.

American GIs were regular customers, as they were in many London clubs in the 1940s and 50s following the Second World War.

Caribbean music sat at the very heart of the club – and the Russ Henderson Steel Band, the first steel band in Britain formed in 1952, played their first gig there.

Russ Henderson said: "Even if you'd never met a Jamaican or an African, you got together in London.

"And Soho was the place in those days, particularly the Sunset Club in Carnaby Street, where jazz played until seven in the morning.

"That was where the musicians went when the other clubs closed: West Indians and Africans along with the Chris Barbers and the Humphrey Lyttletons.

"Racially, it was totally mixed.

"There was no such thing as a black clientele then.”

According to Duke Vin, the first man to bring sound systems ton the UK, by 1959 the Sunset Club was one of the five main Caribbean music clubs in London, along with the Contemporanean in Mayfair and Club 77.

The proprietor of the Sunset Club, Gustavus Alexander Leslie, filed for bankruptcy in December 1959. 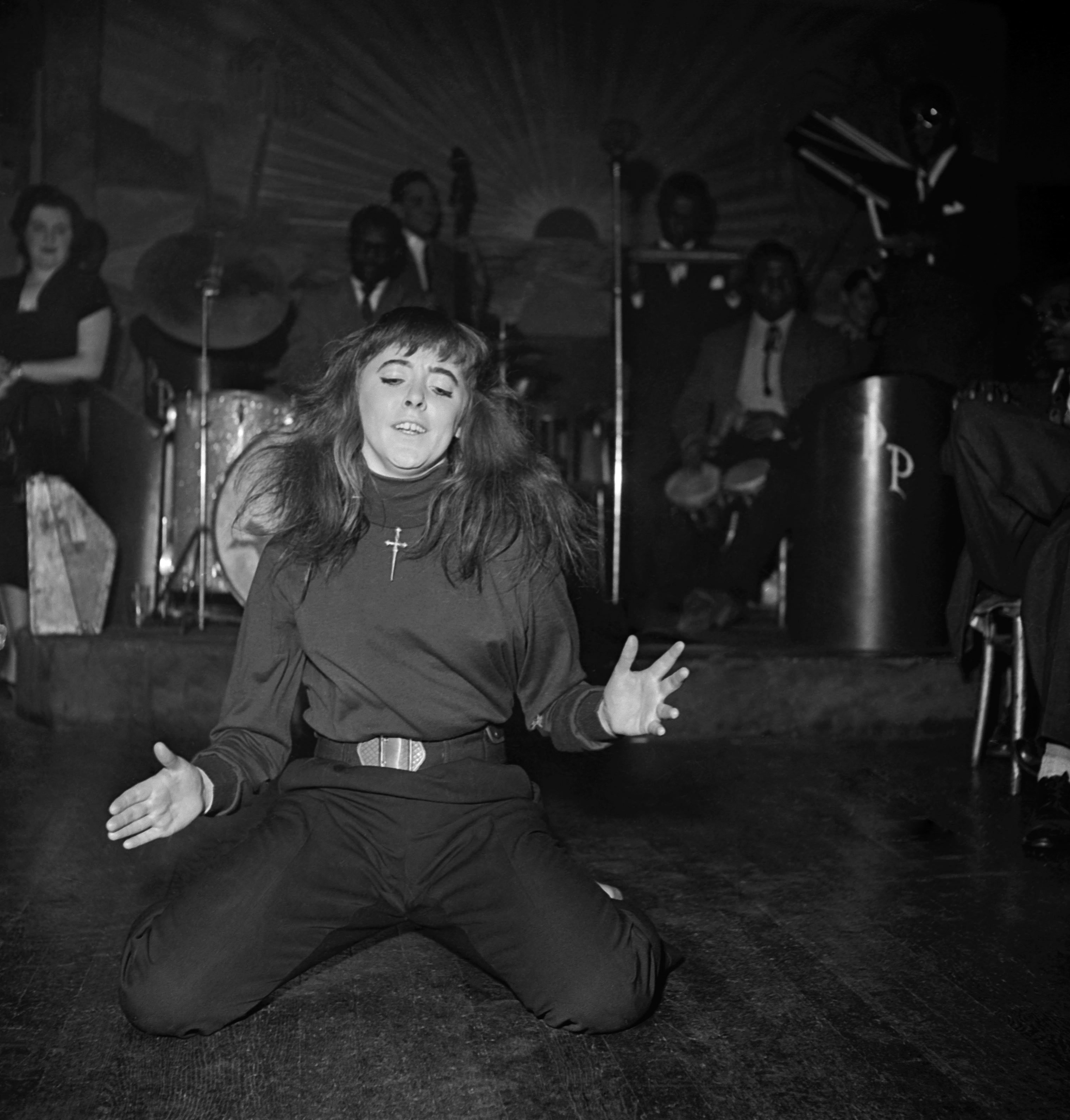 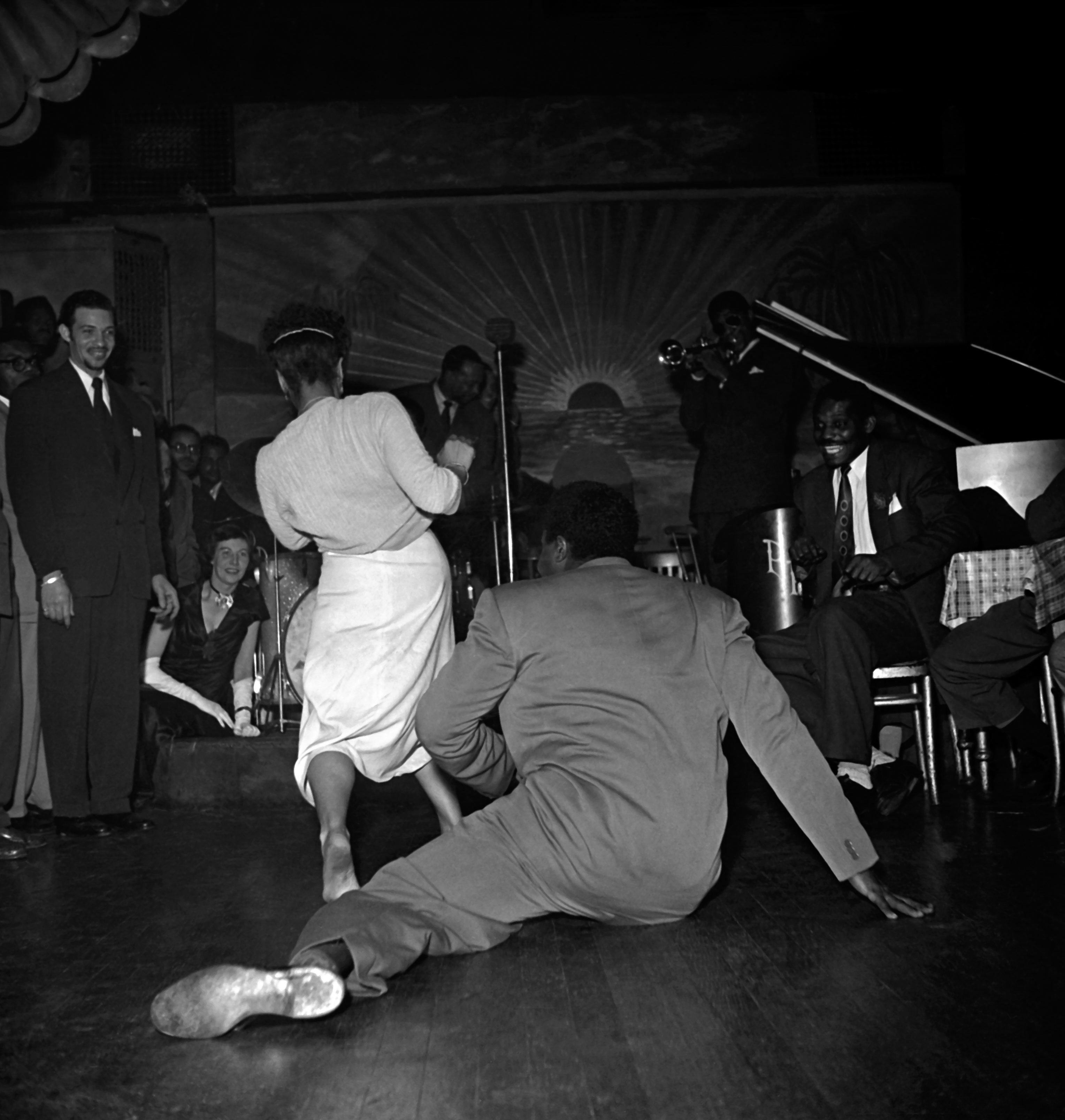 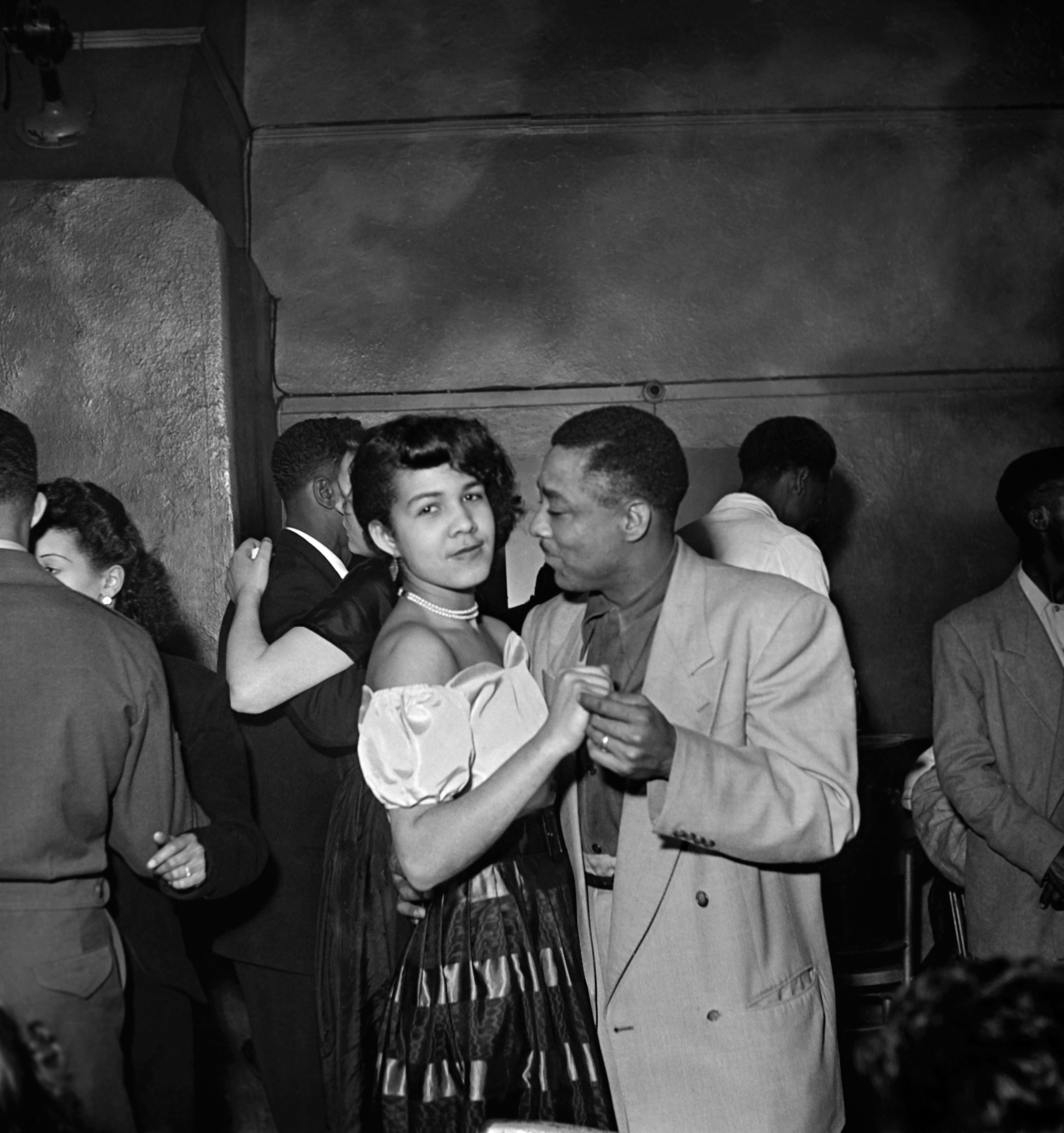 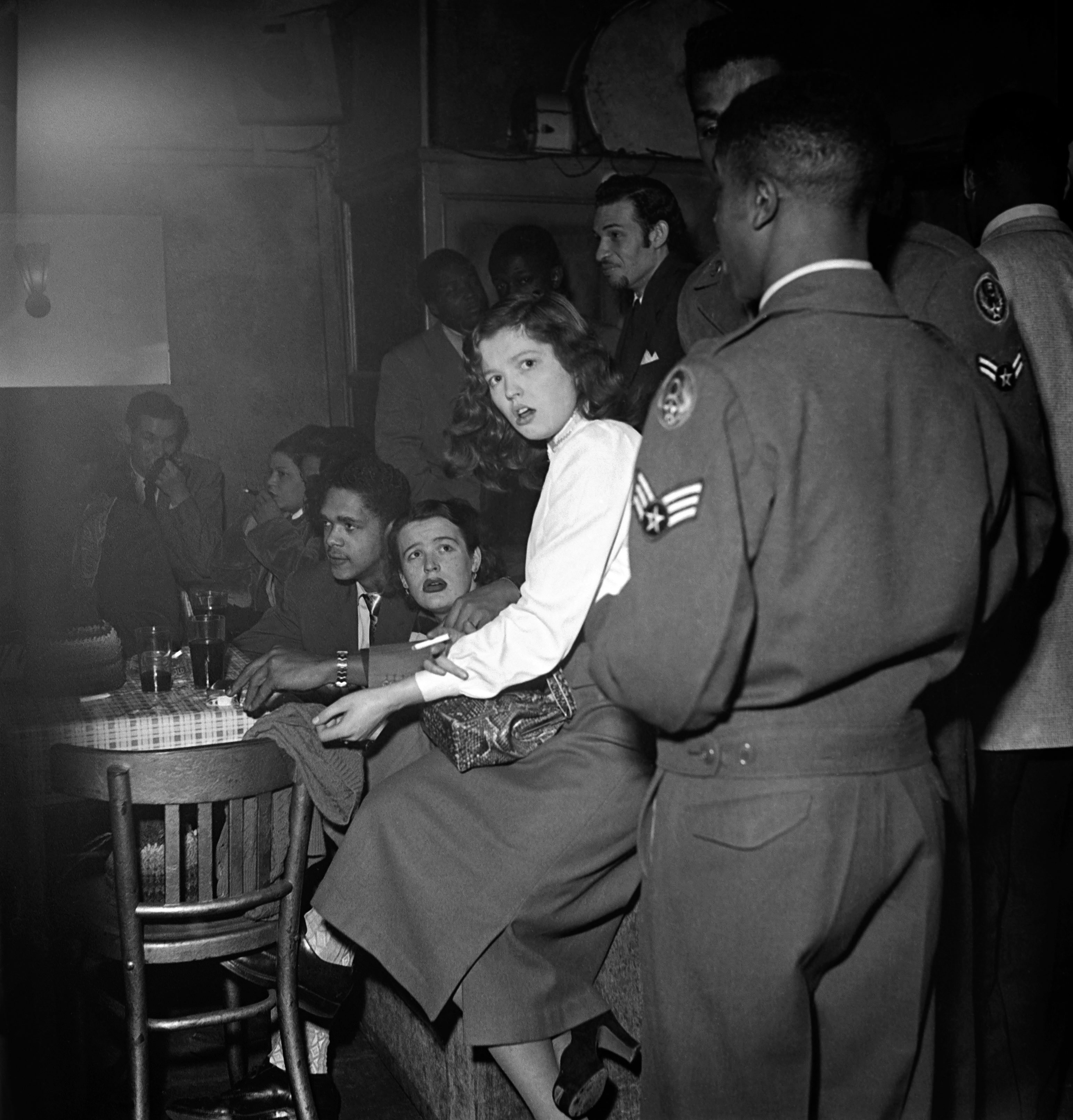 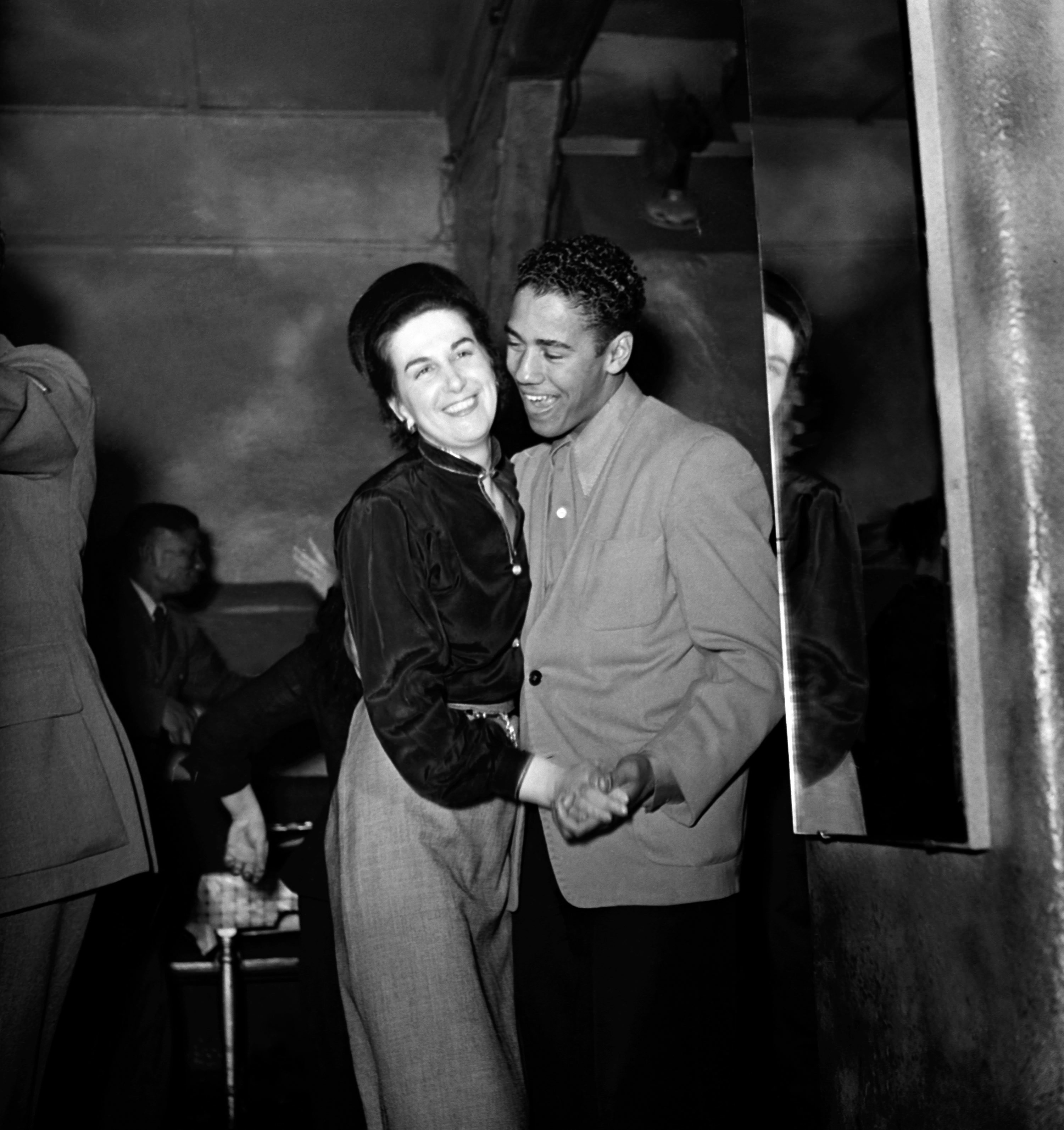 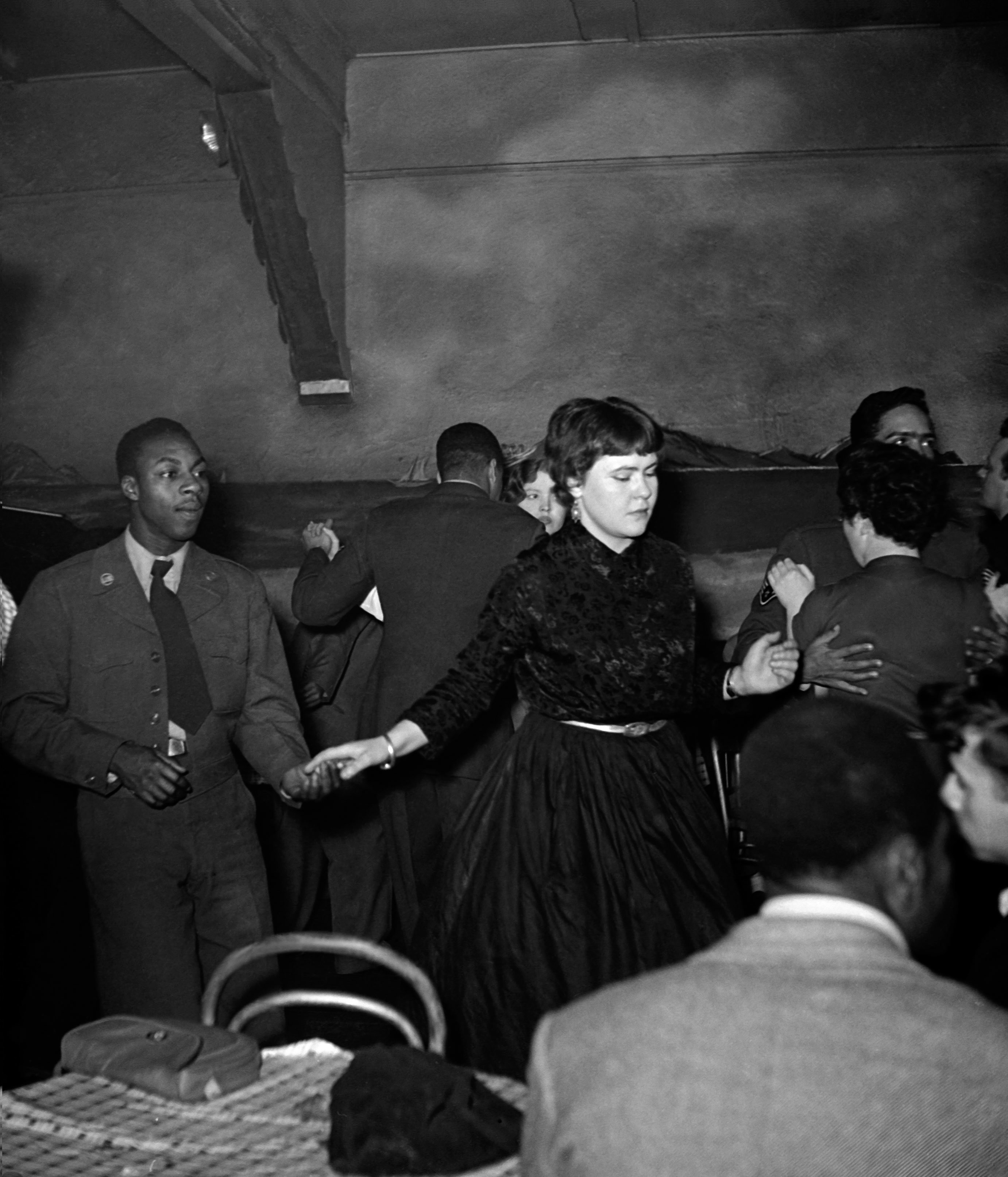