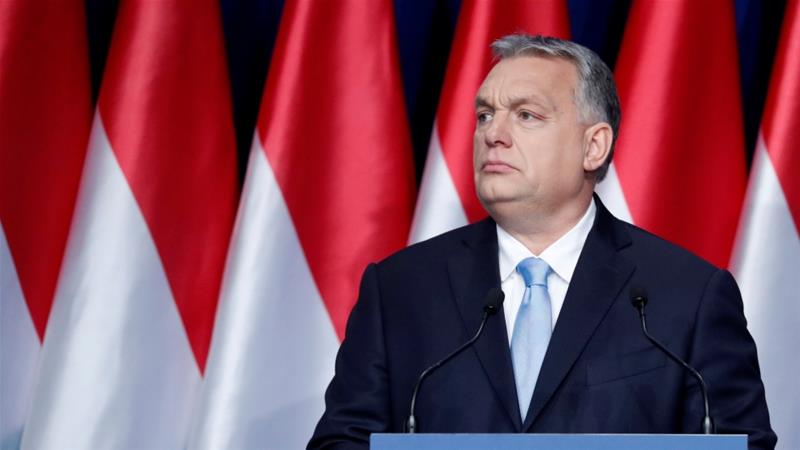 According to the Hungarian government’s Facebook page, the media blitz, funded with taxpayers’ money, is expected to include billboard posters featuring images of the liberal US billionaire Soros and a smiling Juncker above the words: “You, too, have a right to know what Brussels is preparing.”

“They want to bring in the mandatory settlement quota; weaken member states’ rights to border defence; facilitate immigration with a migrant visa,” it continued.

Under Prime Minister Viktor Orban’s right-wing government, EU-member Hungary has frequently clashed with Brussels over migration and launched similar media campaigns in the past, including “Let’s Stop Brussels” and “Don’t let Soros have the last laugh.”

Hungarian-born Soros, who promotes liberal causes through his charities, has been repeatedly criticised by Orban’s administration, which, in turn, has been accused of using anti-Semitic tropes and imagery in its campaigns against the 88-year-old.

Soros’ charitable Open Society Foundations left Hungary last year, while Central European University, a top graduate school based in Budapest, has said it was being forced out of Hungary and would move its main programmes to Vienna.

Orban, meanwhile, has emerged as a self-styled “illiberal” figurehead for nationalist politicians in Europe, and claimed that “immigration brings increased crime, especially crimes against women, and lets in the virus of terrorism”.

The EU was quick to fire back on Tuesday against the Hungarian leader’s latest media stunt, accusing Budapest of spreading “disinformation”.

“It is shocking that such a ludicrous conspiracy theory has reached the mainstream to the extent it has,” he added.

“There are zero plans for the so-called humanitarian visas … Member states decide to what level they want to accept legal migration.”

The number of people seeking asylum in the European Union fell for a third straight year in 2018 to less than half the peak during the 2015-2016 migration crisis, according to data published last week by the EU’s asylum agency.

Last year’s figure was slightly below the 641,000 asylum applications filed in 2014, the last year before a surge in arrivals fleeing war and instability across North Africa and the Middle East by the Mediterranean Sea created a high-profile humanitarian and political crisis.

Analysts said the European Commission’s reaction to Orban’s media campaign could play into the Hungarian leader’s favour, warning those behind the strategy “don’t care” about the facts.

“This is a calculated campaign and the more reaction they can get the more political might they can gain … [It] is all about emotions,” Balazs Jarabik, a nonresident scholar of the Russia and Eurasia Program at the Carnegie Europe think-tank, told Al Jazeera on Tuesday.

Gabor Polyak, director of the Budapest-based Mertek Media Monitor, praised the EC’s pushback against Orban and his right-wing Fidesz party, but he concurred that supporters are unlikely to be dissuaded.

“It was important that the commission made this answer so quickly and directly, and it is a very clear message not only for Hungarian voters but the Hungarian government that you can’t just provide false information because they will call them out on it.

“Hungarian society is absolutely polarised. Politics is not about rational argument, it is about belief. Fidesz is not a political party. They are a religion,” Polyak told Al Jazeera.

Orban’s stance against immigration has bolstered support for his ruling Fidesz party, which is well ahead of its opposition rivals according to the latest opinion polls in the run-up to a May European Parliament election.

The Hungarian leader has said he hoped anti-immigration parties will gain a majority in the polls, which he said could lead to similar changes in the EU executive. 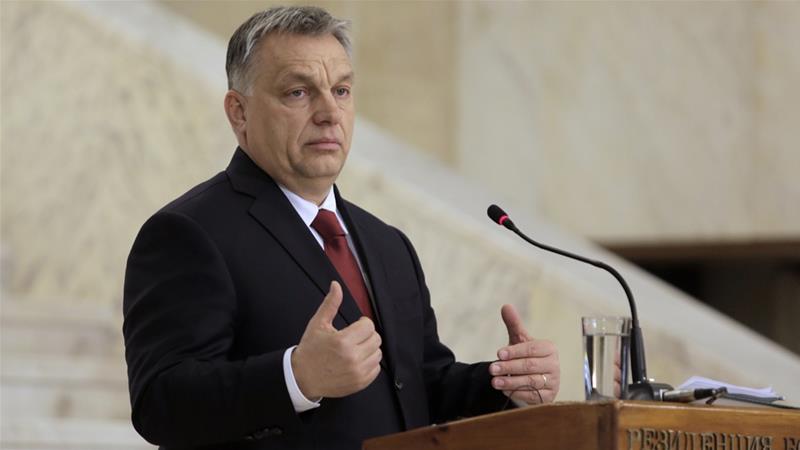