Ex-BHS owner Dominic Chappell is jailed for six years after evading tax on £2.2m he made from £1 deal to buy failed high street chain off Philip Green

Ex-BHS owner Dominic Chappell has been jailed for six years after evading tax on the £2.2million of income he made from a £1 deal to buy the failed high street chain off Philip Green.

Instead of paying the tax he knew was due, Chappell, 53, spent a fortune on a luxury lifestyle which included a £90,000 yacht, a Bentley Continental car, a Bahamas holiday and some expensive Beretta guns, Southwark Crown Court heard.

His defence suggested that, had BHS not failed, he would have had the funds to pay his tax liability, but a jury found Chappell guilty of dishonesty after deliberations over three days. 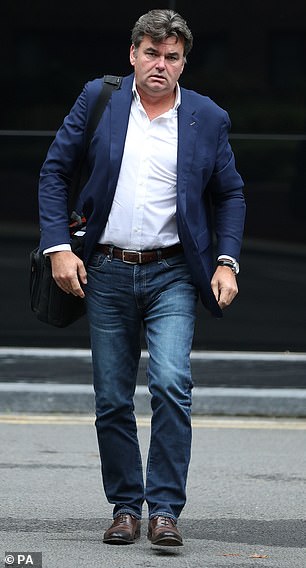 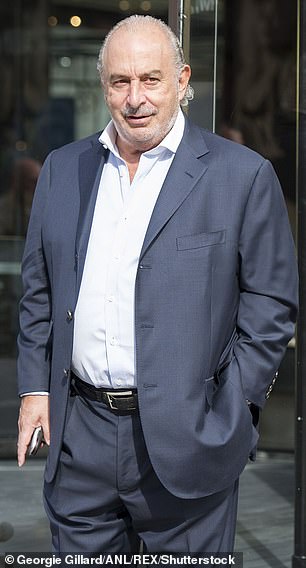 Former BHS owner Dominic Chappell (pictured left) was jailed for six years after being  convicted of tax evasion over the £2.2million of income he received from his £1 deal to buy the failed high street chain off Philip Green (right)

The businessman, of Blandford Forum, Dorset, was charged with dishonestly evading his liability to pay more than half a million in VAT, corporation tax and income tax between January 2014 and September 2016.

The businessman, wearing a light-coloured shirt, blue suit jacket, jeans and blue, white and orange trainers stood in the dock as the verdict was given.

BHS was losing £1million a week and had a £250-500 million pension deficit when Chappell’s consortium bought it in 2015.

Chappell was charged with providing false or misleading information and also failing to submit VAT returns.

It was alleged that Chappell did not arrange for the correct VAT amounts to be registered and he also did not pay VAT.

Chappell was also accused of failing to pay corporation tax as well as personal income tax from dividends he received from Swiss Rock.

The trial heard he was ‘simply too busy’ to sort out his business dealings properly and he was ‘let down by others’. 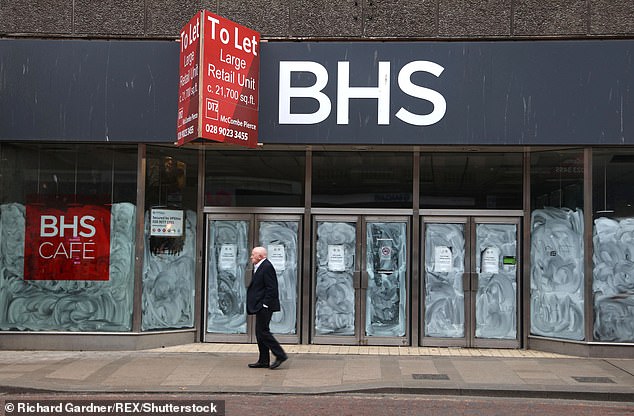 Looking back on the BHS deal, Chappell said: ‘It was a life-changing catastrophe. I would never have touched it with a barge pole’ (file photo of closed-down BHS in Belfast, Northern Ireland)

With the benefit of hindsight, Chappell told the jury the BHS deal was ‘a life-changing catastrophe’ and he should ‘never have touched it with a barge poll’.

During his evidence, Chappell repeatedly said he is ‘not an accountant’ and was relying on the advice of his professional financial experts to deal with the situation as he was ‘firefighting’ the pending collapse of BHS.

Looking back on the BHS deal, Chappell said: ‘It was a life-changing catastrophe. I would never have touched it with a barge pole.

‘We were given forged and misleading documents by PricewaterhouseCoopers (PwC). I was lied to by Sir Philip Green, as were my board. This catastrophe has cost me my marriage, my money and my reputation.’

Chappell told the court he was ‘lied to’ by PwC, who were BHS’s auditors.

He said its information about the state of the firm ‘was not a true reflection’ of what was going on. The Pensions Regulator (TPR) also launched an investigation into the BHS retirement fund.

Chappell said he did not dodge paying his taxes and whatever was due would be paid as soon as he could reconcile the accounts, which he feared had been drawn up incorrectly. 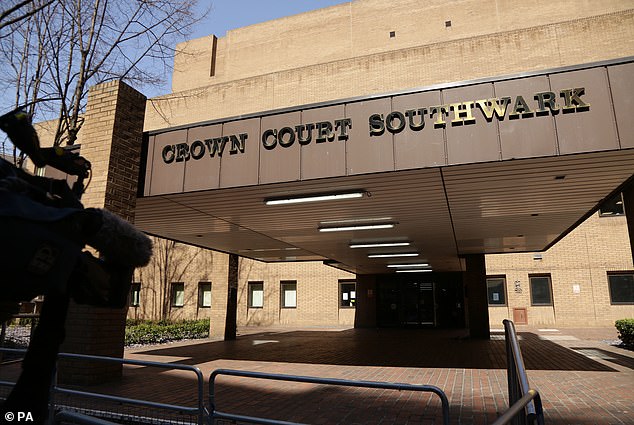 Chappell told Southwark Crown Court (above) that he was ‘lied to’ by PwC, who were BHS’s auditors, and said its information about the state of the firm ‘was not a true reflection’

He blamed ‘flawed’ advice from one of his accountants.

Defence counsel Trevor Burke QC said Sir Philip, who had run BHS for 15 years, effectively thwarted attempts to rescue BHS by failing to ‘sort’ out the pension deficit as he promised, to secure finance for suppliers and with a blanket refusal to ‘entertain’ the company being sold on to rival Mike Ashley.

Chappell claimed that BHS was forced into liquidation because of the actions of Sir Philip in reneging on promises of financial support for the pension fund and going back on a promise to provide working capital to BHS after the sale.

In contrast, prosecutor Mark Bryant-Heron QC stated that Chappell’s actions showed that ‘tax was the last thing he was going to pay’ and he ‘used the money to fund his lifestyle’.

Mr Bryant-Heron QC said: ‘He had the financial means to pay the tax, and was able to raise funds. He dishonestly chose not to pay tax. In relation to VAT, he did not even make any VAT returns as required to.

‘He ignored his duty and legal liability to pay tax, until eventually HMRC had to take enforcement action to wind up the company for non-payment.’

In November 2019 Chappell was banned from running a company for 10 years, with the Government’s Insolvency Service saying he had carried out ‘reckless financial transactions’ and ‘failed to maintain adequate company records’.

And in January this year he was ordered by TPR to pay £9.5 million into BHS’s pension schemes.