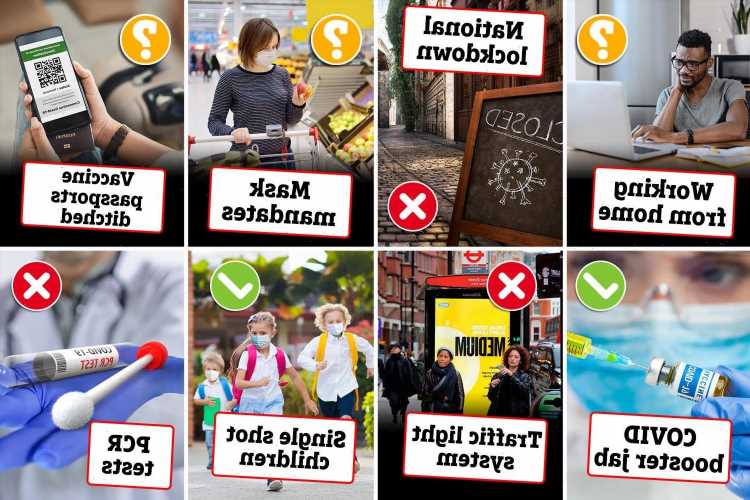 BORIS Johnson is set to announce his plans to avoid another winter lockdown during a major speech tomorrow.

The PM will unveil a new package of measures and state his intention to rip up "draconian" Covid powers. 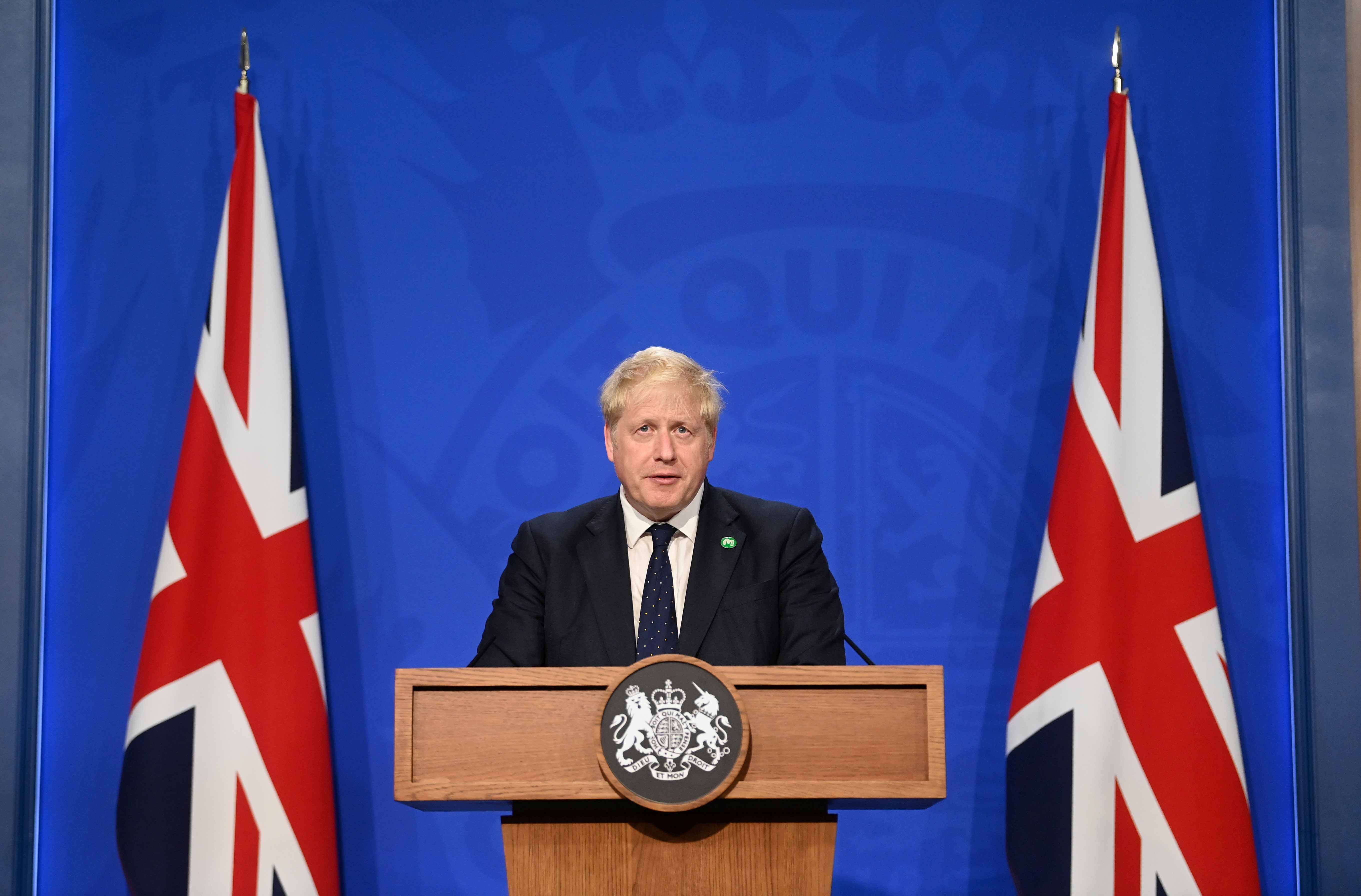 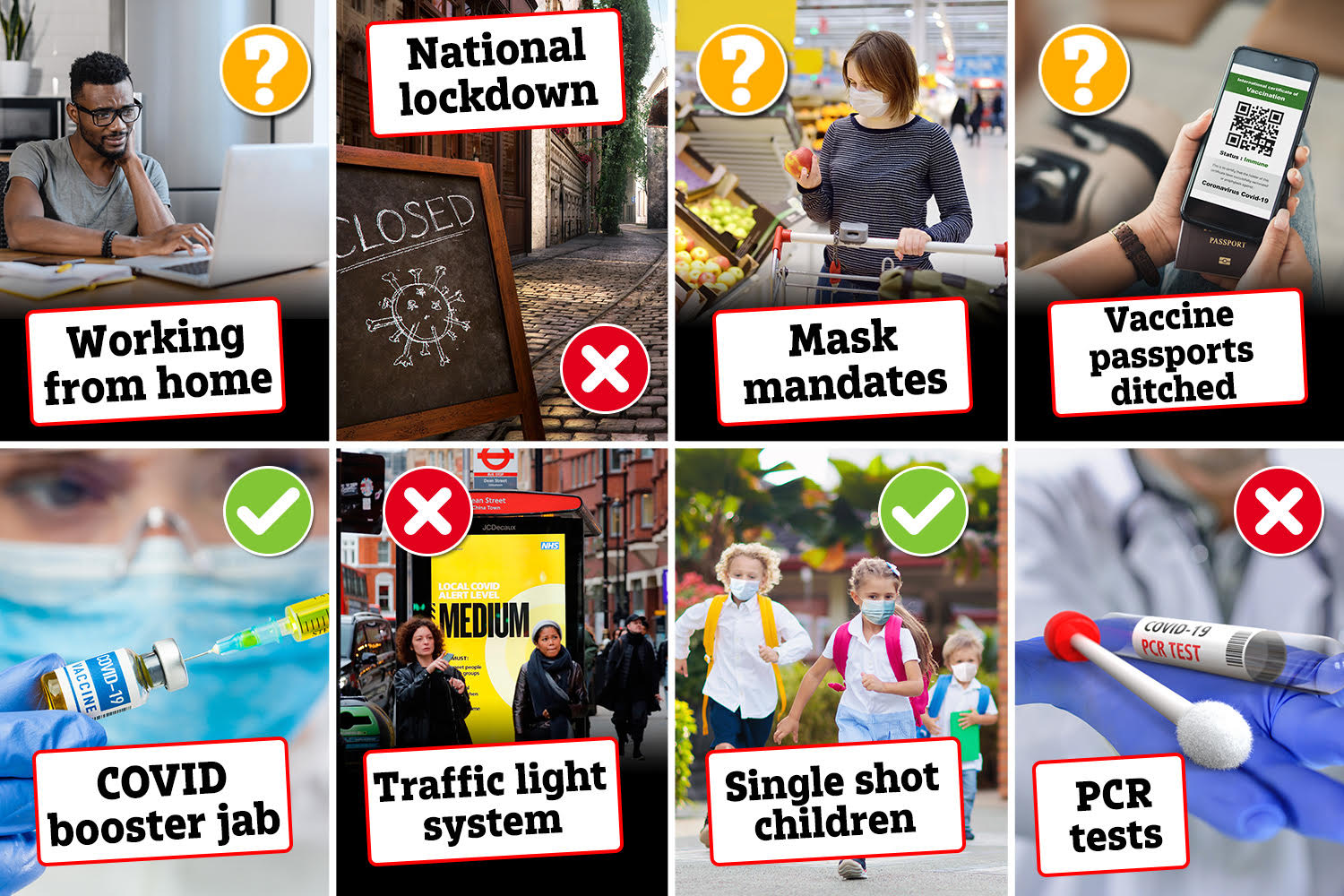 He has privately vowed not to shut down the country again and is banking on a major booster shot rollout.

But ministers will retain powers to reimpose some restrictions if the NHS is facing unbearable pressure.

Here are the major measures the PM is set to announce tomorrow:

Boris has ditched plans to bring in vaccine passports for nightclubs and large events like football matches.

He was facing a massive rebellion from Tory MPs over the push for Covid ID to be introduced at the end of this month.

But the PM is not ruling out their use in future, with health secretary Sajid Javid saying they'll be kept "in reserve".

Work and pensions secretary Therese Coffey said they've been shelved thanks to the strong uptake of the jab among young people.

But she also suggested ministers are keen for many venues and workplaces to voluntarily introduce vaccine passports.

No 10 is keen to simplify travel restrictions and ditch the requirement for costly PCR tests, and the PM may shed more light on his plans.

Boris is looking at proposals to replace the traffic light system which has confused sun seekers with multiple categories.

In future there could just be two lists – one with countries people can travel to and anther for those they can't.

Mr Javid has also vowed to get rid of the need for PCR tests which can add hundreds of pounds onto the cost of a family holiday.

But Ms Coffey said ministers will have to take time to ensure that's safe, as the gold-standard swabs are used to track variants.

The PM is poised to announce that mandatory mask wearing could be brought back this winter if Covid cases surge.

Boris will say face coverings are one of the simplest ways that people can help limit the spread of the virus indoors.

They could return on public transport and in public venues like pubs, restaurants, and shops.

She said: "It's about taking a sensible approach and for employers to take that within their own workplaces ."

The requirement to work from home could also be reinstated to tackle a new surge in the virus, Boris will say.

The PM is thought to favour asking people to stay away from the office during winter over more draconian restrictions.

Many staff still haven't returned to the office, making WFH one of the simplest curbs to reintroduce.

Ms Coffey said ministers eventually plan to get civil servants back at their desks for a minimum of three days a week.

Banking giant Goldman Sachs is now urging its entire 6,000-strong UK workforce to get jabbed and back into work.

Boris is pinning most of his hopes of avoiding another lockdown on booster jabs combined with a record-breaking rollout of the flu jab.

No 10 expects scientists to finally give the go-ahead to top-up shots this week in a major boost to Britain's battle against the virus.

The initial plan is to start rolling out third doses to the over-50s as quickly as possible, working down the age groups.

Over-65s are expected to be offered the chance to get their annual flu jab at the same time as their Covid one.

Boris is also keen to start vaccinating 12-15 year old schoolchildren who will be offered a single shot once scientists give the green light.

The PM is set to announce that he's determined to avoid another national lockdown to quell fears among nervy Tory MPs.

He is letting legal powers that allow the Government to close down businesses and schools to lapse at the end of this month.

But he will renew the Coronavirus Act for six more months to keep self-isolation rules and more generous sick pay rights on the books.

Ms Coffey said it was "fair" to say that a return to lockdown is among the options that "remain on the table".

But she insisted: "We want to do things which we consider only necessary to tackle the transmission of risk and the impact it has on the NHS."