Europe’s plans to tackle the arrival of migrants and refugees risks being undermined by the economic effects of COVID-19, according to one of the nations most profoundly affected by migration.

The European Commission launched plans on Wednesday intended to share the burden of migration, with member states either agreeing to resettle those granted asylum or else pay to return migrants denied the right to stay in Europe.

But the plan will face challenges. Governments in eastern Europe – notably in Hungary, Poland and the Czech Republic – have no desire to welcome refugees or spend money on supporting them.

And there are still outstanding questions about how migrants can be returned to their country of origin, or what further support will be given to the nations dealing with large-scale arrivals of migrants, such as in Italy, Greece and Malta.

In an exclusive interview, the foreign and European affairs minister of Malta, Evarist Bartolo, told Sky News he welcomed new proposals from the European Union to confront migration.

But he said “the issue is becoming tougher and tougher quickly”.

“The social and economic consequences of COVID are going to get worse and that will mean more people deciding to search for a better life.

“Of the people who have made an unauthorised arrival here over the past year, only about a third are eligible for asylum. Two-thirds are economic migrants.

“When our economy was growing, at one point by up to 6%, we were creating jobs that could be filled by people arriving here. That is not going to happen now.”

Mr Bartolo said he knows migration causes “resentment” and the economic effects of the pandemics will only make this worse.

But he said the new plans would help countries to work together to help solve the issue.

“Some countries will take asylum seekers; others will help out with returning people,” he said.

“Hungary and Poland – we know they feel strongly about not taking in asylum seekers, so they will have to support the return programme. Each country will do something different, but each country needs to do something.”

Despite being a small nation with a population of around half a million, Malta has had to deal with thousands of unauthorised arrivals in recent years.

The government says 3,000 people have arrived in the past year, with around 4,000 more intercepted by the Turkish and Libyan authorities. 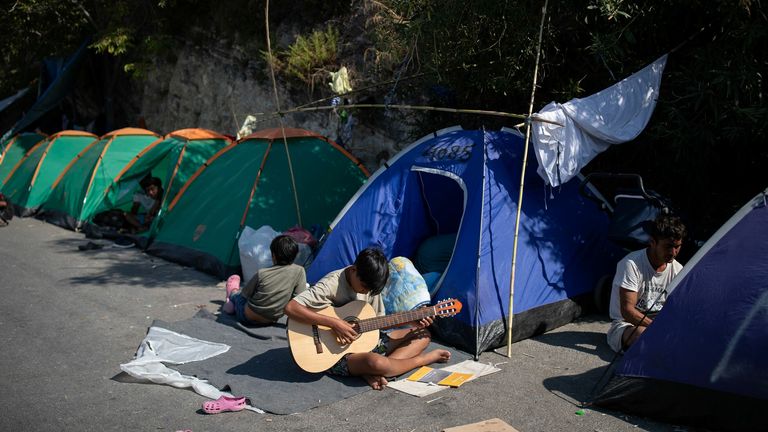 Mr Bartolo wants a clearer pledge of solidarity from across Europe for those nations having to deal with homing thousands of migrants.

He pointed to a recent dispute with Denmark over whether it was responsible for 27 migrants taken from the sea by a Danish-registered vessel.

“When a country like Denmark says it cannot afford to take in just 27 migrants – well, how do you expect us to cope? A much smaller country with many times more people to look after?” he said.

“We must remember that we are talking about human beings, who have made a desperate journey and given a lot of money – maybe thousands of Euros – to human traffickers.

“But we have to be rigorous in how we assess arrivals. The economic migrants are choking the avenues that are open for the asylum seekers.”

Mr Bartolo said he would push for tougher border controls in countries such as Libya, as well as expanding the European Union’s ability to intercept vessels.

But he also said that the EU needs to “work harder” to persuade people not to leave their country in the first place.

“We need a new relationship with African countries so we can help to create wealth where they are, so they do not risk their lives trying to get to Europe,” he said.