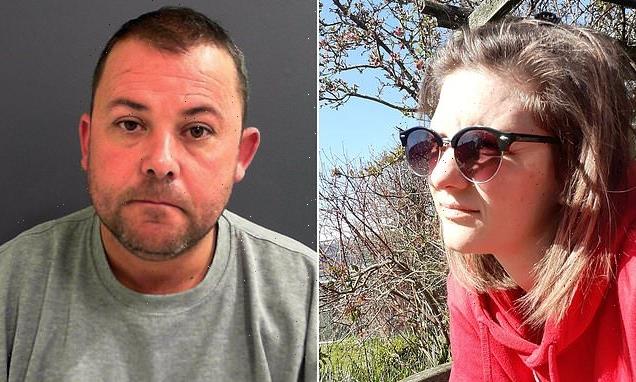 Drunk driver who caused death of primary school teacher, 33, when he crashed into her while showing off his new BMW M4 coupe to a friend is jailed for more than five years

A drunk driver who caused the death of a primary school teacher when showing off his new car has been jailed for five years and seven months.

Simon Allport, 44, was driving ‘at speed and aggressively’ in his new BMW M4 coupe when he smashed into Amie Linton’s Nissan Qashqai while driving on Tanton Road, Stokesley on June 14 2020.

He had offered to take a friend home in the new car at around 4pm after drinking two pints of lager at the Master Cooper pub in Middlesbrough before the crash.

Ms Linton, 33, had been heading home to Great Ayton when Allport’s car collided with hers while travelling in opposite directions.

The cars crashed at such force, Ms Linton’s Nissan Qashqai was propelled through a hedge and into a field. 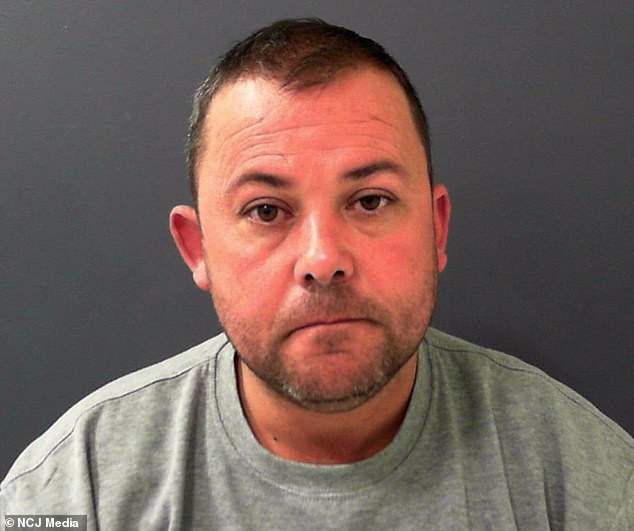 Simon Allport, 44, had two pints of lager before driving recklessly and causing the crash

Her car rotated 180 degrees before coming to rest in a field. Although two doctors stopped to help Ms Linton, she was pronounced dead after arriving at hospital.

Allport, of Pennal Grove in Ingleby Barwick, initially denied causing death by dangerous driving but changed to a guilty plea which was accepted on Friday afternoon.

He was jailed at Teesside Crown Court and disqualified from driving for nearly six years.

After the sentencing, Major Collision Investigation Detective Inspector, Jez Bartley of North Yorkshire Police, said: ‘Simon Allport was found to be more than one-and-a-half times over the legal alcohol limit when he crashed his BMW into Aime Linton’s car, and he will need to learn to live with the consequences of his selfish and deadly actions for the rest of his life.

‘Getting behind the wheel after drinking alcohol destroys the lives of so many people.

‘We welcome the judge’s sentence today and hope it acts as a warning to others who wrongly think it’s acceptable to drink and drive.

‘My thoughts and sympathies go out to Amie’s family, who have shown incredible courage throughout this emotional investigation and court process, having suffered unimaginable devastation.’

A driver on the A174 described hearing a ‘loud noise before being passed by the BMW’; another driver near Stokesley said Allport was ‘flying’ as she saw him ‘mount the near side verge’.

A driver of a Vauxhall Corsa said she screamed, as she was on Tantum Bridge and Allport came ‘hurting towards’ her, his car over the white line and into her lane.#

At 5.30pm, whilst Allport negotiated a right hand bend after the bridge, he was a metre into Ms Linton’s lane.

He later told a nurse at Harrogate Hospital that he ‘shouldn’t say in front of the police’ but he wasn’t wearing a seatbelt.

Amie Linton’s father, Richard Linton, spoke in court on behalf of his family and Ms Linton’s partner, Andrew: ‘On July 14, 2020, our lives were devastated forever. A police car came down our quiet cul-de-sac and they told us that Amie had died in a car crash less than a mile away.

‘It was the worst day of our lives. Amie’s friends had to retrieve her belongings from the field.

‘This has left my granddaughter with no mother and Andrew, her partner, having to bring her up alone whilst trying to manage his own business.

‘Our Amy worked hard to pursue her teaching career.

‘She had a passion for helping children with their reading skills. We will never get over this trauma.

‘Having to write this statement is one of the hardest things to do and we will always miss Amie so much.’ Speaking on behalf of Andrew, Amie’s partner, Richard Linton said: ‘My daughter has lost her mother and her best friend.

‘I have lost my support, my sounding board, my love and my life partner. My greatest fear now is that my daughter’s life will be blighted by Amie’s death, as ours have been.’

Defending Allport, Eleanor Fry said that an expert report had found that the two vehicles’ speed ‘was not dissimilar to each other but that there was in sufficient evidence to find which of the vehicles may have been travelling faster’.

Ms Fry said that Allport, who is a site manager in the building industry, is genuinely remorseful.

Allport’s family listened from the public gallery; over twenty members of Ms Linton’s family and friends sat at the opposite side of the courtroom.

Judge Paul Watson QC told the court that Amie was a ‘loving caring partner, mother and teacher of young children. She was adored and respected by her family and those who knew her well.’

He told Allport that ‘although it’s not possible to tell what speed you were driving at the time of the collision, it is clear that you had been driving aggressively and at excessive speed.’

Members of Ms Linton’s family cried as the judge jailed Allport for five-years and seven-months.The judge thanked ‘everyone in this court for the calm and dignified way in which you have conducted themselves’.