Beni, DRC: More than 50 women have accused Ebola aid workers from the World Health Organisation and leading charities of sexual exploitation and abuse in the Democratic Republic of Congo, an investigation by The New Humanitarian and the Thomson Reuters Foundation has found.

In interviews, 51 women — many of whose accounts were backed up by aid agency drivers and local non-government organisation workers — recounted multiple incidents of abuse, mainly by men who said they were international workers, during the 2018 to 2020 Ebola crisis.

The majority of the women said numerous men had either propositioned them, forced them to have sex in exchange for a job or terminated contracts when they refused. 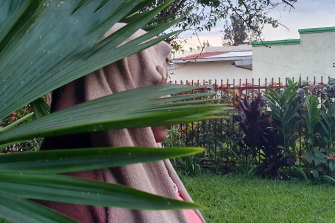 Women in the DRC have reported multiple instances of sexual abuse by men who worked or said they worked in the country for charities working during the Ebola crisis.

The number and similarity of many of the accounts from women in the eastern city of Beni suggests the practice was widespread, with three organisations vowing to investigate the accusations uncovered.

UN Secretary-General Antonio Guterres called for the allegations to be "investigated fully".

Women said they were plied with drinks, others ambushed in offices and hospitals, and some locked in rooms by men who promised jobs or threatened to fire them if they did not comply.

"So many women were affected by this," said one 44-year-old woman, who told reporters that to get a job she had sex with a man who said he was a WHO worker. 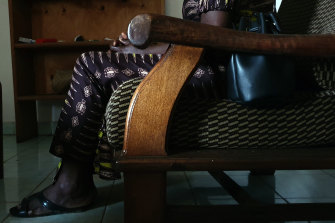 Women said they were plied with drinks, others ambushed in offices and hospitals in Beni, DRC.

She and the other women spoke on condition of anonymity for fear of reprisals. Some identifying details have been removed to protect their identities.

"I can't think of someone who worked in the response who didn't have to offer something," she added.

Some women were cooks, cleaners and community outreach workers hired on short-term contracts, earning $US50 ($70) to $US100 a month – more than twice the normal wage. One woman was an Ebola survivor seeking psychological help. 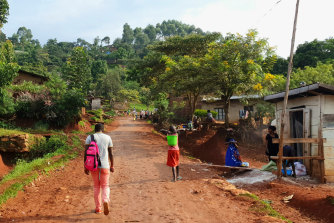 Accused charities have told The New Humanitarian and the Thomson Reuters Foundation they would investigate the claims.

The WHO said it was reviewing a "small number" of sexual abuse or exploitation reports in Congo but declined to say whether they may have taken place during the Ebola outbreak in the east of the country, which ended in June after more than 2200 deaths.

A WHO spokeswoman said the allegations stemming from the investigation were under review internally and encouraged the women involved to contact the WHO.

Many women said they had never reported the incidents for fear of reprisals or losing their jobs. Most also said they were ashamed. Some women said abuse occurred as recently as March.

"We would not tolerate such behaviour by any of our staff, contractors or partners," said WHO spokeswoman Fadela Chaib, reiterating the agency's "zero tolerance" policy.

Despite the policies and pledges by the UN and NGOs to crack down on such abuses, as exposed in Haiti and Central African Republic, reports of such behaviour continue to surface.

Most aid agencies and NGOs contacted by The New Humanitarian and the Thomson Reuters Foundation said they had received few or no claims of sexual abuse or exploitation against their workers in Congo.

The investigation, conducted over almost a year, found women who described at least 30 instances of exploitation by men who said they were from the WHO, which deployed more than 1500 people to the government-led operation to control the outbreak.

The next highest number of claims were against men who said they worked with Congo's Ministry of Health, noted by eight women.

Single claims were made against men who said they worked with Oxfam, the UN migration agency IOM, and Medecins Sans Frontieres (MSF).

The investigation has prompted an internal inquiry at World Vision, which said the reports were "shocking" as all staff were trained on preventing sexual abuse and it was working hard to address "entrenched cultural and power inequalities".

ALIMA also said it would undertake an inquiry after being contacted with the outcome of the investigation.

UNICEF received three reports involving two partner organisations responding to Ebola, said spokesman Jean-Jacques Simon. He declined to name the charities but said the cases appeared to be different from those discovered by reporters.

"Despite our best efforts, cases of sexual exploitation and abuse in DRC remain grossly under-reported," said Simon, adding that the agency had introduced 22 ways to file complaints in Congo, including a confidential hotline and complaint boxes.

Spokespeople for IOM, MSF, UNICEF and Congo's Health Ministry said in mid-September they had no knowledge of the accusations brought to their attention, and several said they would need more information to take action.

Oxfam said it did "everything in our power to prevent misconduct and investigate and act on allegations when they arise including supporting survivors".

WHO and most of the aid groups involved in the response said they had policies in place to prevent and report abuse or exploitation, from staff training to reporting hotlines.

Although the women did not know all of the men's nationalities, they said some came from Belgium, Burkina Faso, Canada, France, Guinea and the Ivory Coast.

"I was terrified. I felt disgusting. I haven't even told my mother about this."

The Thomson Reuters Foundation and The New Humanitarian examine why sexual abuse and exploitation persists in humanitarian response.