THE Doomsday Clock has moved 20 seconds closer bringing us closer to the apocalypse.

The hands on the clock are now set at 100 seconds to midnight. 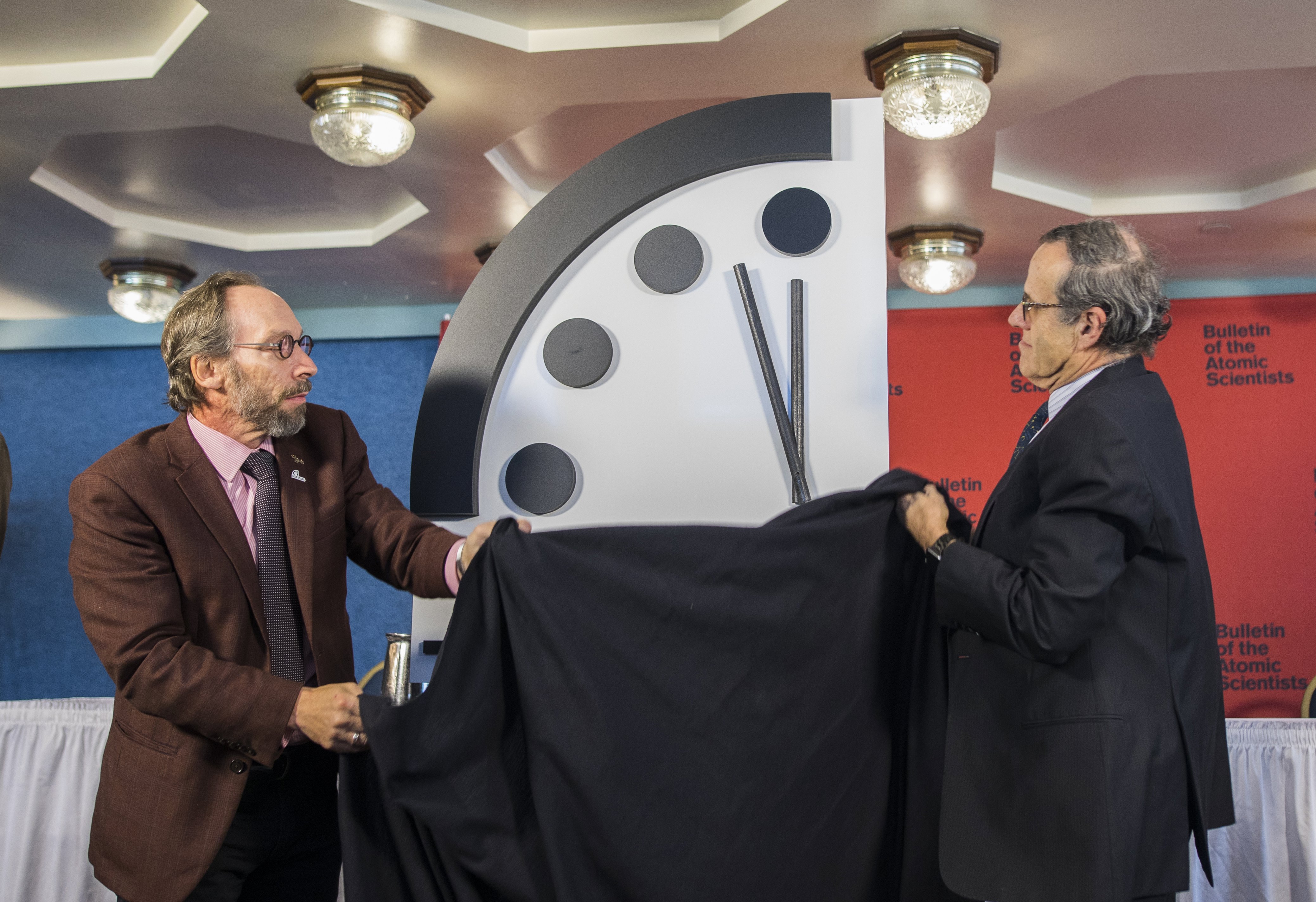 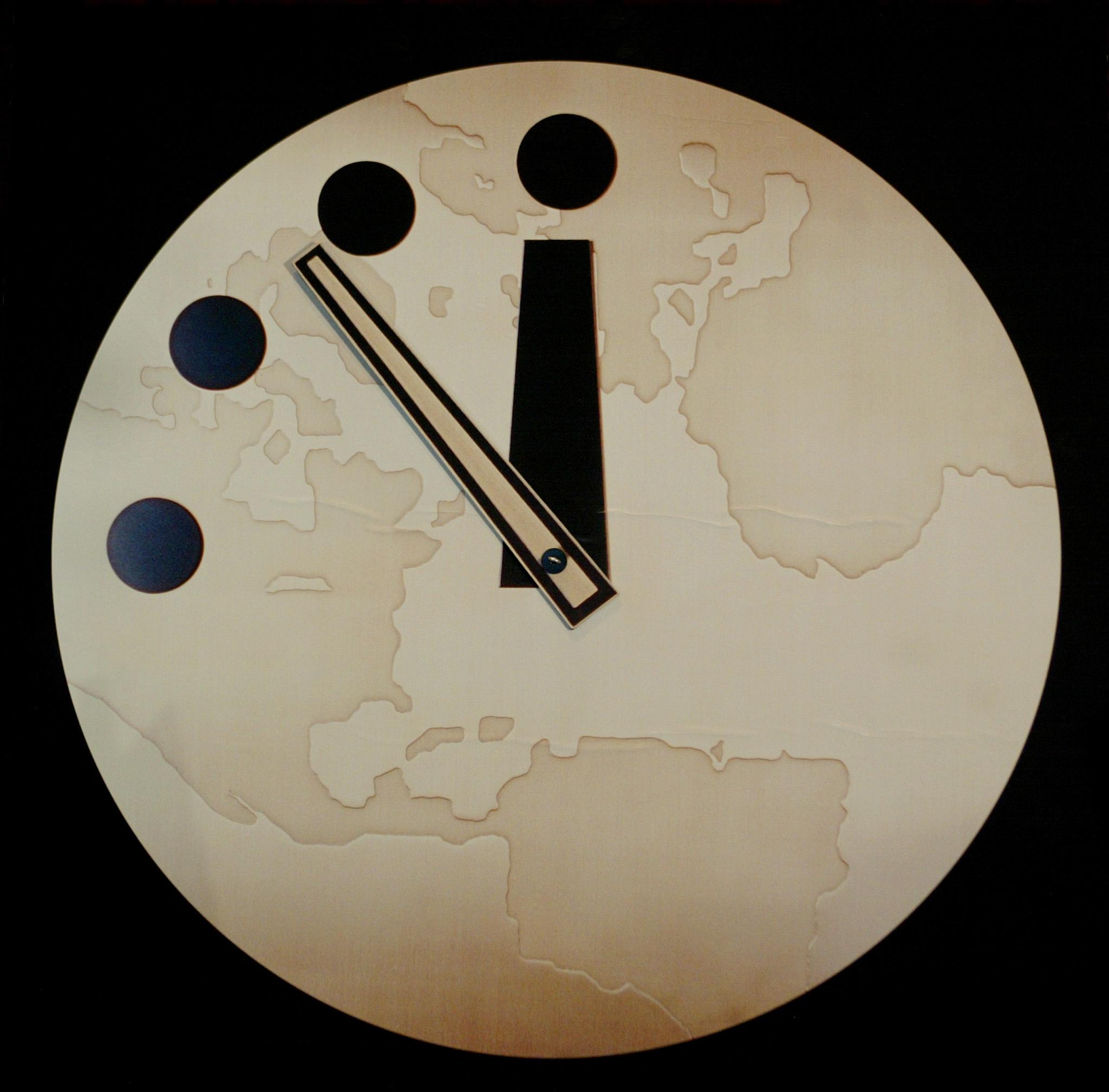 In a statement from the Bulletin of Atomic Scientists said humanity is facing "two simultaneous existential dangers—nuclear war and climate change that are compounded by a threat multiplier, cyber-enabled information warfare, that undercuts society’s ability to respond".

It explains: "The international security situation is dire, not just because these threats exist, but because world leaders have allowed the international political infrastructure for managing them to erode."

The journal writes that although there has been mass protests and an increase of public awareness it isn't good enough.

It adds: "But given the inaction—and in too many cases counterproductive actions—of international leaders, the members of the Science and Security Board are compelled to declare a state of emergency that requires the immediate, focused, and unrelenting attention of the entire world.

"It is 100 seconds to midnight. The Clock continues to tick. Immediate action is required."

The panel did express their hope for humanity and cited the end of the Cold War in the 1990s.

They wrote: "The Bulletin believes that human beings can manage the dangers posed by the technology that humans create.

"Indeed, in the 1990s leaders in the United States and the Soviet Union took bold actions that made nuclear war markedly less likely—and as a result the Bulletin moved the minute hand of the Doomsday Clock the farthest it has been from midnight."

If we continue to lose 20 seconds every year then it would mean the apocalypse in 2025.

The clock is designed to serve as a warning to the public about how close we are destroying the planet.

Rachel Bronson, President and CEO at the Bulletin, said: "The nuclear and climate conditions are worsening.

"It would be a privilege and pleasure to move the hands of the clock backwards but that isn't the case."

The Bulletin of the Atomic Scientists spent the last six months debating the decision with the Bulletin’s Board of Sponsors, which includes 13 Nobel Laureates.

The clock was devised in 1947 by the respected journal the Bulletin of Atomic Scientists and its face signifies the likelihood of man-made global annihilation.

It is a metaphor for threats to humanity from unchecked scientific and technical advances.

It has been readjusted 23 times and it has not been so close to midnight since the worsening of the Cold War under Ronald Reagan in the 1980s.

The clock ticked over to two minutes before midnight in 1953, when the Soviet Union and USA tested new hydrogen bombs within a few months of each other.

Lates News:
2020-01-23
Previous Post: Has Quebec Missed the Ship for Attracting Cryptocurrency Miners?
Next Post: Are Investors Overreacting to This Achromatopsia Study?