Donald Trump won the 2016 US presidential election. He is now seeking a second term as the United States battles the global coronavirus pandemic. In his second term, Mr Trump pledges to bring the economy back to good standing, boost jobs, protect US trade interests and continue his strong stance on immigration. Express.co.uk has compiled a guide to explain where Mr Trump stands on the issues.

President Trump has rolled back federal regulations for businesses, enacted corporate and income tax cuts during the last four years.

But analysts claim growth in this sector is slowing as Mr Trump’s policies have not addressed the key structural issues at play.

The US leader has forecast the US economy will bounce back after the pandemic, but critics have said the crisis will cause longer-term economic damage. 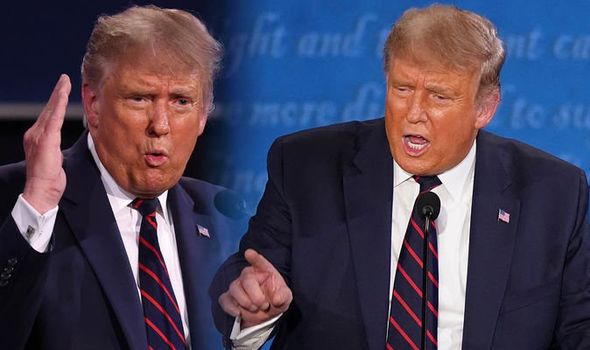 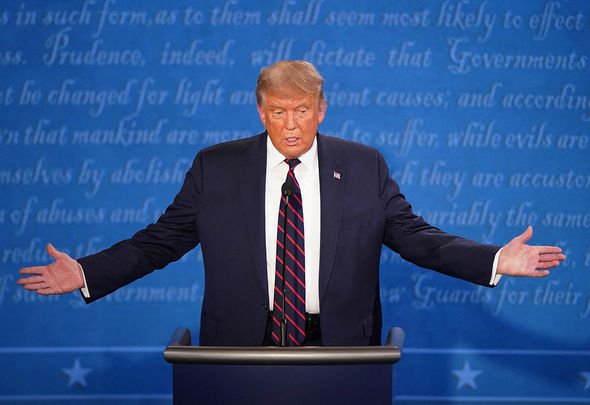 Immigration has been a key issue in Mr Trump’s manifesto during both election campaigns.

As the US leader seeks re-election has promised to continue the construction of the Mexican wall at the US-Mexico border.

Mr Trump has vowed to eliminate the visa lottery and chain migration, shifting to a “merit-based” entry system. 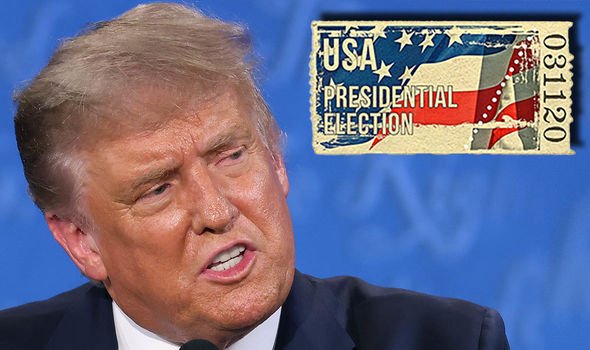 The United States and China have been amidst a trade war during Mr Trump’s tenure as US leader.

Mr Trump has taken a hardline stance on China and during his first time worked to renegotiate trade deals he said were unfair to the USA.

In 2020, the “phase one” deal between the two nations saw most of the tariffs remain in place.

Mr Trump has also imposed tariffs on goods from the European Union which has threatened tariffs on steel and aluminium from Brazil and Argentina.

He also recently re-imposed tariffs on some Canadian aluminium products.

DON’T MISS
US election: NASA astronauts will vote in the election from SPACE [INSIGHT]
US election POLL: Will Donald Trump or Joe Biden win the election? [POLL]
Piers Morgan lashes out at Trump and Biden for ‘sh*tshow’ debate [EXPLAINER]

During his 2016 campaign, Mr Trump branded himself as a firm advocate of law enforcement and he has maintained this strong stance during his tenure in office.

The President faced backlash this year in the wake of the death of unarmed black man George Floyd during an arrest.

But the President has said that controversial chokehold methods for restraining suspects should be prohibited “generally speaking”.

However, he has not made any moves to tackle this issue.

Gun control is a crucial issue in the USA and following the mass shootings in Texas and Ohio last year, Mr Trump expressed support for a series of reforms.

These reforms would involve measures such as tighter background checks for gun buyers and “red flag laws” which block access to firearms for those deemed a risk to society.

But since that time, Mr Trump has done little to move these ideas forward.

He has continued to defend the US constitution’s Second Amendment, protecting the right to bear arms. 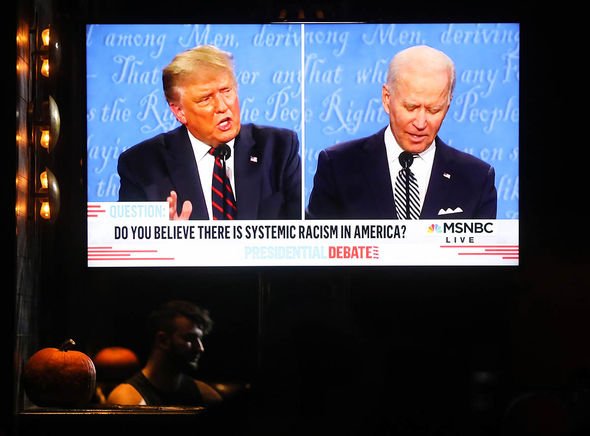 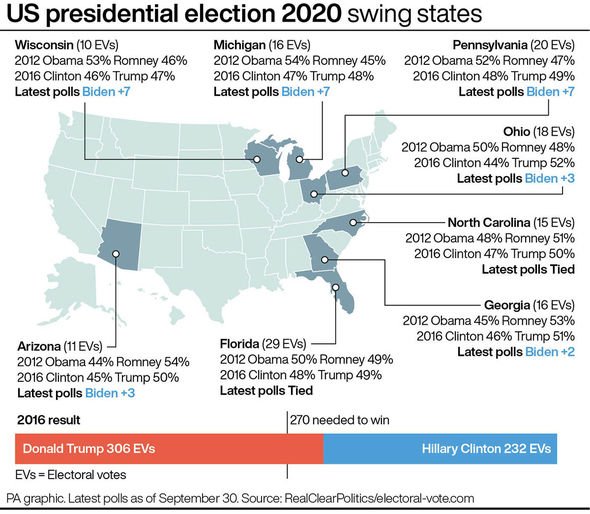 Health is a key area of discussion given the ongoing healthcare crisis.

In 2016, Mr Trump campaigned to repeal the Affordable Care Act and although he fell short of a complete repeal, the administration succeeded in undoing parts of that law.

President Trump has vowed to decrease drug prices in the US and in July enacted measures which would enable discounts and the import of cheaper drugs from abroad.

Mr Trump is keen to stress American supremacy with his US foreign policy.

In practice, this means stepping away from some large multilateral agreements like the Paris climate accord.

The US President challenged some international alliances, pushing for Nato members to boost their defence spending in the military alliance.

He has had foreign policy successes such as the brokering of a deal between Israel and the UAE, prompting a Nobel Peace Prize nomination.